A redesigned tailgate, brand new OLED taillights, a new diffuser and tailpipes give the car a more athletic rear.Now those OLED taillights. OLED or organic light emitting diodes, are superior to regular LEDs as they can light up a larger area more evenly. The new taillights use them, and Audi had gone one step further to offer three different rear light signatures or patterns that buyers can choose between. Each signature comes with its very specific animation when the car is unlocked, or switched off – what is also known as the ‘leaving home and coming home' light scenario.

These are the 2.0 TFSI quattro with 200 bhp and 350 Nm, and the same engine with a 260 bhp output. The second iteration makes 370 Nm of peak torque. Both have a 12-volt mild hybrid system with brake energy recuperation, and are married to a 7-Speed dual clutch S-Tronic gearbox. The V6 goes into the SQ5 TFSI quattro. The 3-litre engine makes 348 bhp and 500 Nm; and uses an 8-Speed torque convertor tiptronic to channel all that torque to the wheels. The V6 has a standard 48-volt mild hybrid EV system. While both engine variants have quattro, the 4-cylinders use the lighter (and cheaper) ultra technology, while the thoroughbred quattro (with a torsen mid-differential) goes into the SQ5. Going offroad is now easier, with a new inclination angle display, and of course the downhill assist function.

Other Upcoming ऑडी Models are the New Q3, New Q7, New A3 and E-Tron 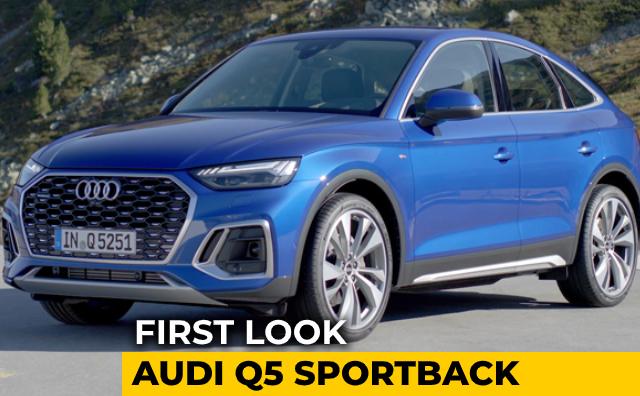