Bajaj Pulsar RS 200 has a 200 cc engine that is mono cylindrical and liquid cool. The engine is DTS-i and there is fuel injection technology. The power is 24 bhp at 97rpm. At 18 Nm peak torque the rpm is 9740. There is a transmission of 6-speed. There is no change in the parts of the cycle and there is a telescopic front fork and there is a mono-shock absorber that is gas-filled. There are disc brakes and an ABS system. There is a projector headlamp and LED daytime lights. This motorcycle is compared with the Yamaha YZF. It is also compared with THE KTM RC125.

This bike looks bigger than other bikes like Yamaha or KTM. The looks at the front remain controversial due to a peculiar snout-like design that seems unnecessary or without any purpose.

There has been tested on the tracks and it was found that the bike felt slightly odd at the corners. The balance of the chassis is quite good and without any complaint. The ride of the bike will be better on the city roads. The bike shouldn’t perform as good during knee-kissing tricks and turns. The bike seems to be unsuitable for the ghat roads.
The sound of the engine doesn't appear to be good at lower revs but as you rev up the engine, there is a healthy muscular beat from the exhaust. You can ride the bike comfortably at 140km/h without any noise from the body or the engine. The body and the handlebar both vibrate at high speed and it may be discomforting to some. There is a buzzing sound that can even be felt on the seats.

The motorcycle turns the corners neatly and real fast. The steering of the bike is quite responsive. It makes a lot of difference. With the default suspension of this bike, the bike would have felt a bit impossible to handle at sharp turns had it not been for the tyres that are really robust. So, that's an advantage. The ABS version of this bike really gives you a big sense of security and safety. The front wheels have the ABS system of braking. When the brakes were applied at tough angles, the bike responded well. At high-speed braking, the rear of the bike felt as if it was wobbling. It will fill you with terror sometime but it will soon go off with the time.

This bike certainly is not the kind you fall for. The seating of the bike is quite weird due to its equation with the handlebar. It could have been given some thought and made a little better. The handlebar seems to be closer to the body of the biker and that may present that eerie sensation. It's definitely not what you call a riding comfort. The motorcycle doesn't have the make and feature of a sporty kind. The seat is padded properly that offers you lots of comforts. It does compensate for all the discomfort otherwise. 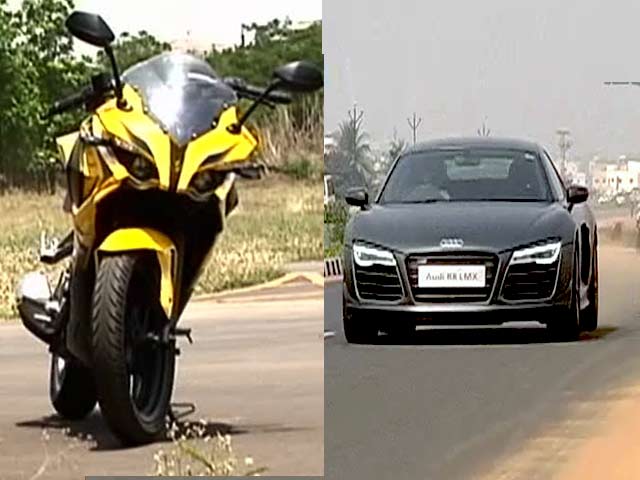 BS6 Bajaj Pulsar RS200 comes from the 199.5 cc single-cylinder, liquid-cooled, DTS-i engine with fuel-injection that develops 24 bhp at 9750 rpm and 18.7 Nm of peak torque. The motor is paired with a 6-speed transmission. Cycle parts remain the same with telescopic front forks and a gas-charged monoshock unit at the rear. Braking power comes from disc brakes at either end with single-channel ABS as standard.

The feature list also remains the same on the Bajaj Pulsar RS200 BS6 that continues to get twin projector headlamps with LED daytime running lights, LED taillight and a semi-digital instrument console. At its new price point, the updated Pulsar RS200 locks horns with the Yamaha YZF-R15 V3.0 and even the KTM RC125. Apart from the RS200, Bajaj has also updated the Pulsar NS160 to BS6 compliance, along with the Avenger Cruise 220 and the Street 160.