The Mahindra eXUV300 is the all-electric version of the carmaker’s popular subcompact SUV, the XUV300. The Mahindra eXUV300 concept made its global debut at the Auto Expo 2020, and it is set to become the company’s first electric SUV from the home-grown automaker, after the eKUV100. The XUV300 electric comes with an electric motor, powered by a Lithium-Ion battery, driving the front wheels of the SUV. The eXUV300 is based in the company’s new electric powertrain platform that will also be used by SsangYong in the European Markets.

The Mahindra eXUV300 showcased at the Auto Expo is powered by a 40 kWh Lithium-Ion battery pack which is capable of delivering a range of more than 300 km on a single charge. However, the company plans to bring in two variants of the electric SUV – a standard variant with a range of 250-300 km and long-range model with more power and a larger battery that will offer a range of 350-400 km on a single charge. The eXUV300 will be the first product with battery cells developed by LG Chem that has been working with Mahindra in the field of advanced lithium-ion battery technology.

Visually, the new Mahindra eXUV300 looks similar to the subcompact SUV that is currently on sale in the country. However, it gets the new Mahindra Electric grille with the X motif that will remain standard across all the electric cars we will see from the brand in the future. However, we expect to see several changes in the final production model. Mahindra has plans to launch the eXUV300 by 2021, and upon launch, it will compete with the likes of the Tata Nexon EV. 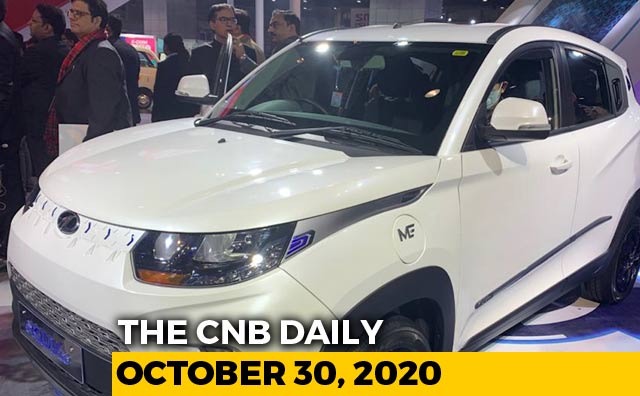