Unsurprisingly, the first modern Jawa motorcycle is called Jawa, and it pays homage to the first ever Jawa motorcycle, which was called just Jawa as well. Basically, the Jawa is a 300 cc modern classic motorcycle which rivals Royal Enfield’s 350 cc range in India. The overall design of Jawa harks back to the original Jawa bikes from the 1970-80s that ruled the Indian roads. The round headlamp, fenders and bulbous fuel tank, all look period correct, while the small details including the chain guard, seat and the cigar-shaped exhaust add to the old-school look. This time around, the new bikes get get a modern heart and mechanical parts.

The Jawa brand has been brought to life by Classic Legends Pvt. Ltd., a subsidiary of the Mahindra Group, which owns 60 per cent stake in the venture. The remaining holdings belong to entrepreneur Anupam Thareja and Boman Irani, son of Rustom Irani, the founder of Ideal Jawa company. The Jawa and the Jawa 42 are powered by a 293 cc single-cylinder, liquid-cooled engine that is tuned to produce 27 bhp and 28 Nm of peak torque. The motor comes paired with a 6-speed gearbox. The engine on the Jawa is BS VI ready and has a future ready catalytic convertor as well. The bike uses telescopic forks up front and gas-charged twin shock absorbers at the rear. The Jawa 300 and the Jawa 42 get a 280 mm disc brake at the front and a 153 mm drum brake at the rear. As a result, the bike only offers single-channel ABS as part of the braking setup. The bike weighs 170 kg and the seat height is 765 mm, which is one of the lowest in class. The Jawa has a wheelbase of 1,369 mm and fuel tank capacity of 14 litres. The Jawa Perak uses the same engine as the Jawa and the Jawa 42 but has a bigger bore, displacing 332 cc. The engine on the Jawa Perak makes 30 bhp and 31 Nm of peak torque.

JAWA India offers a total of 4 bikes. The list of JAWA bike models in the country comprises 4 cruiser bikes. Some of the popular JAWA bikes in India include JAWA Forty Two, JAWA 300, JAWA Perak, JAWA 42. As of May 2021, JAWA has a total of 164 dealerships spread across 133 cities in India.Check JAWA price in India and also know JAWA on road price, read JAWA bike reviews, watch videos, compare JAWA bikes online with bikes from other manufacturers and get news alerts from carandbike.com

The most-affordable Jawa gets updated for 2021. We swing a leg over it to get a sense of how much has changed on the Jawa Forty-Two 2.1 as it's called.

The Jawa Forty Two offers a slightly modern take on the legendary Jawa name and with some additional colour options as well. We ride the Jawa Forty Two in Rajasthan to see what exactly this modern...

We spend some time riding the new Jawa in Rajasthan, a classic motorcycle brand which has made a comeback with an all-new four-stroke engine, but with period correct looks.
Read More Expert Reviews 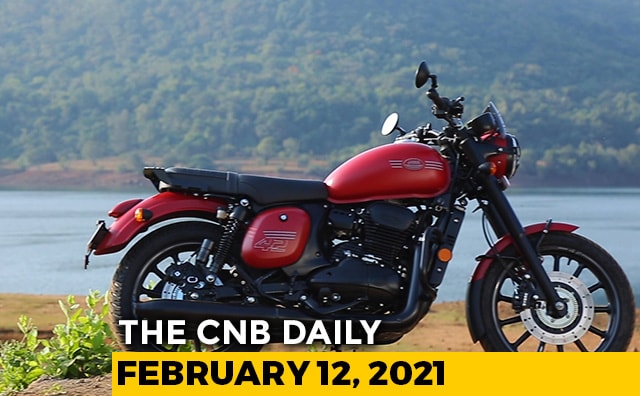