The new teaser video from Honda gives a glimpse about the changes on the new 2020 Honda Dio BS6 that will go on sale in a few weeks. 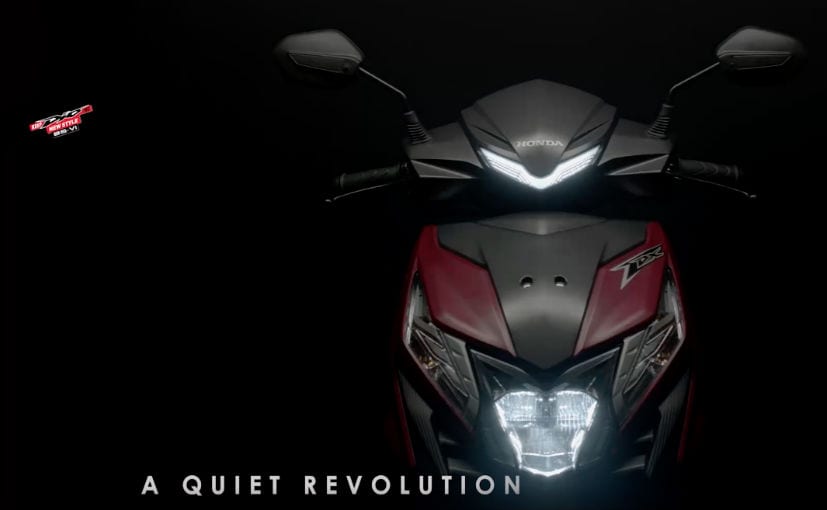 Honda Motorcycle and Scooter India (HMSI) has released a new teaser for the BS6 version of the Honda Dio scooter. The popular sporty scooter in the manufacturer's stable is all set to get a major overhaul fo the BS6 version and the teaser video reveals a host of changes including new panels, graphics, LED lighting and more. The current Honda Dio shares its underpinnings with the Activa 5G, and expect the new model to get mechanical upgrades along the lines of the recently launched Honda Activa 6G.

The teaser video reveals the redesigned front apron on the 2020 Honda Dio that gets an LED DRL on the handlebar, new LED headlight and new panels for a sporty look. The headlight design has been changed a little and there are the new graphics to complete the look complete with the faux carbon fibre element. You also get a glimpse at the split grab rails on the Dio, similar to a motorcycle.

The new Honda Dio will be offered in two variants at least - standard and Deluxe, and this, of course, will be the latter that we've seen a glimpse of. Honda could omit a few features like the LED headlamp in favour of a halogen unit and the DRL too on the standard version. Mechanically, the teaser reveals little about the new Dio. That said, it will get the 109.51 cc single-cylinder fuel-injected motor from the new Activa 6G that develops 7.68 bhp and 8.79 Nm of peak torque, while paired with a CVT unit.

The engine comes with the friction reduction system as well as enhanced Smart Power tech, and the new ACG starter motor. Also expect to see the 4-in-1 ignition switch, telescopic front fork, and a revised shock absorber at the rear. A larger 12-inch front wheel is also likely on the new Dio, along with an external fuel-filler.