Mahindra KUV100 BS6 CNG variant is likely to be powered by a 1.2-litre petrol engine, which will be BS6 compliant. 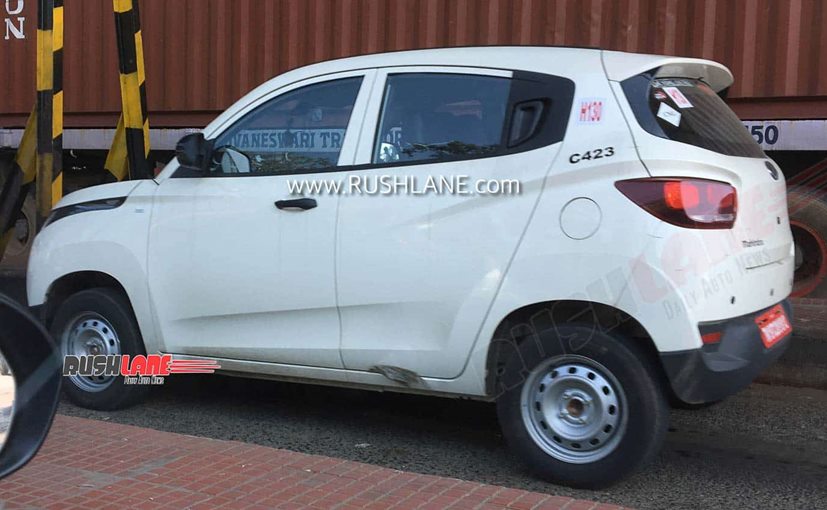 Mahindra & Mahindra unveiled the electric avatar of the KUV100 at the 2020 Auto Expo. Moving ahead towards green mobility, the SUV maker is reportedly working on the BS6 compliant KUV100 NXT CNG that is likely to be launched soon in India. Ahead of its official launch, the CNG variant of the Mahindra KUV100 NXT has been spied testing on Indian roads. If reports are to be believed, the CNG variant of the BS6 Mahindra KUV100 NXT could be sold for fleet operators only.

Mahindra already had the KUV100 Trip which specifically targeted the fleet operators. Going by the spy shot, the test mule features a 'CNG' sticker on the rear windshield. Also, the testing unit seems to be a lower-end version, sporting steel rims and non-body coloured door handles.

Currently, the car maker is offering the KUV100 in four powertrain options - petrol, diesel, CNG and electric, however, the diesel variant will be discontinued after April 1 2020. The electric avatar was introduced in the Indian market recently at the Auto Expo 2020.

The CNG variant of the KUV100 is likely to be powered by a 1.2-litre petrol unit. The engine is tuned to make 82 bhp and 115 Nm. We do not expect any major changes in terms of looks on the BS6 version of the KUV100 and we expect it to be launched very soon.