According to a leaked document, the manual version of the 2020 Maruti Vitara Brezza facelift, powered by the 1.5-litre K15B petrol engine, might soon come with the company's smart hybrid technology. 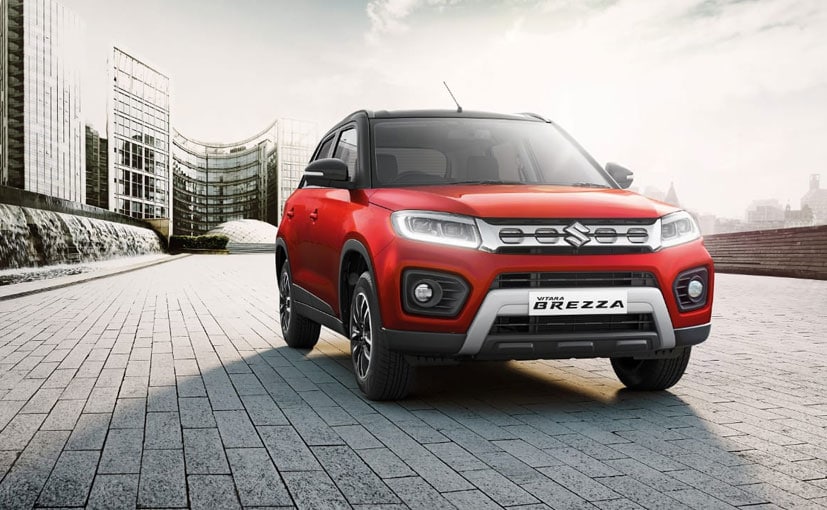 View Photos
The Maruti Suzuki Vitara Brezza facelift, powered by the 1.5-litre petrol engine, to get the SHVS tech

The 2020 Maruti Suzuki Vitara Brezza petrol manual could soon get the company's mild-hybrid technology. A recently leaked document of the transport department indicates that the manual transmission version of the facelifted Vitara Brezza, powered by the 1.5-litre K15B petrol engine, might get the SHVS technology that is currently offered only with automatic variants. The document indicates that the manual-SHVS combination will be offered in three variants - VXI, ZXI, and ZXI+, and will come mated to the existing 5-speed manual gearbox. 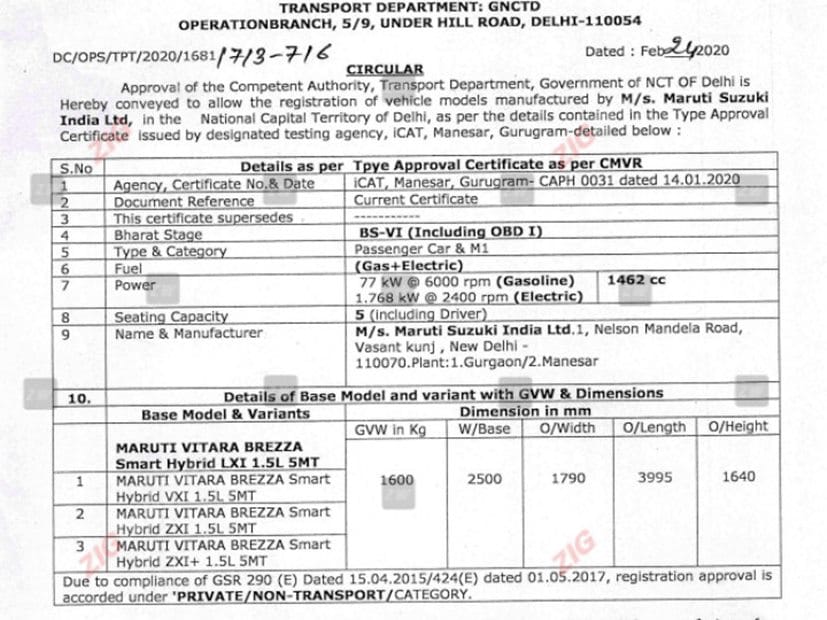 Powered by the tried and tested BS6 compliant 1,462 cc, four-cylinder petrol engine, which also powers the Ciaz, Ertiga, and XL6, the motor is tuned to make 103 bhp and 138 Nm of peak torque. The SHVS version with additionally come paired with a 12V hybrid system with a 1.76 kW electric motor, which comes with features like - start-stop technology and torque boost function. The hybrid system will also help improve the fuel efficiency of the manual version, which currently returns 17.03 kmpl, compared to the auto automatic version with a smart hybrid system that offers 18.76 kmpl.

In terms of design and styling, the car will remain unchanged, and except for the features associated with the smart hybrid system, the rest of the offerings will remain unchanged, for each of the aforementioned variants. First showcased at the 2020 Auto Expo, the Maruti Suzuki Vitara Brezza facelift was launched in late February, and no longer gets a diesel option. The car competes with the likes of the Hyundai Venue, Ford EcoSport, Tata Nexon and Mahindra XUV300.