As per a newly leaked document online, the upcoming 2020 Nissan Kicks compact SUV is likely to be offered in four variants and over 50 NissanConnect features. 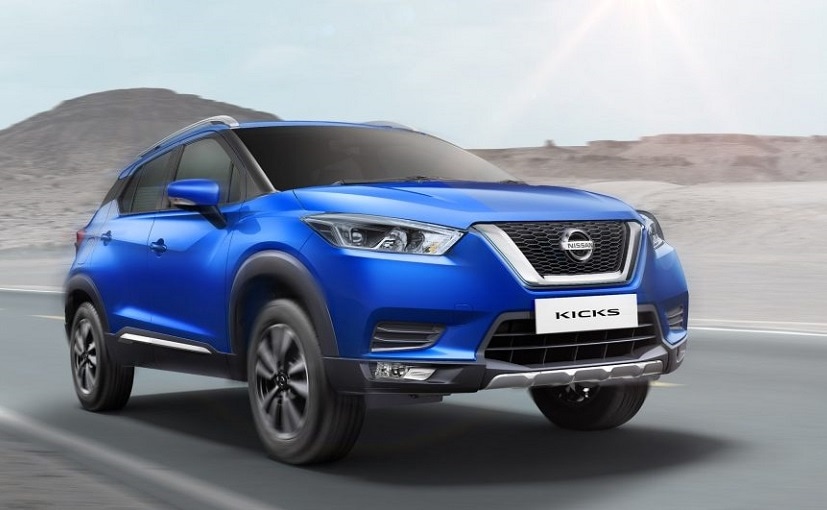 View Photos
2020 Nissan Kicks will be powered by a 1.3-Litre turbo petrol engine

Nissan will be launching the BS6 iteration of Kicks in the Indian market soon. Recently, the company revealed that the compact SUV will come powered by a 1.3-litre four-cylinder turbocharged petrol engine. The forthcoming BS6 Kicks SUV was expected to be launched in March, which got delayed to the coronavirus outbreak across the world. However, the company hasn't confirmed any official launch date yet. Now, a newly leaked document has surfaced online revealing variant details of the upcoming 2020 Nissan Kicks BS6.

According to the newly leaked documents, the 2020 Nissan Kicks BS6 will be offered in four variants - XL, XV, XV Premium and XV Premium (O). The document not only revealed variant details about the SUV but also hinted the features that would be offered on each one of them. The SUV will be loaded with over 50 NissanConnect features including rear air-conditioning vents, cooled glove box with illumination, electrically adjustable ORVMs, dual front airbags, ABS with EBD and brake assist. 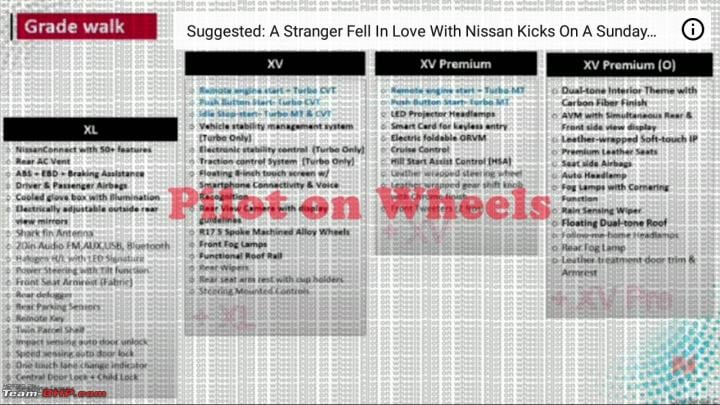 The overall design and aesthetics of the SUV will be similar to the outgoing model. It will continue to feature dual-tone colour scheme underlined by a cascading grille, LED projector headlamps, silver-coloured skid plate, front fog lamps, roof rails, 17-inch alloy wheels and much more. On the inside, the SUV will sport dual-tone interior with carbon fibre finish along with an 8-inch touchscreen infotainment head-unit with smartphone connectivity and voice recognition, rearview camera. 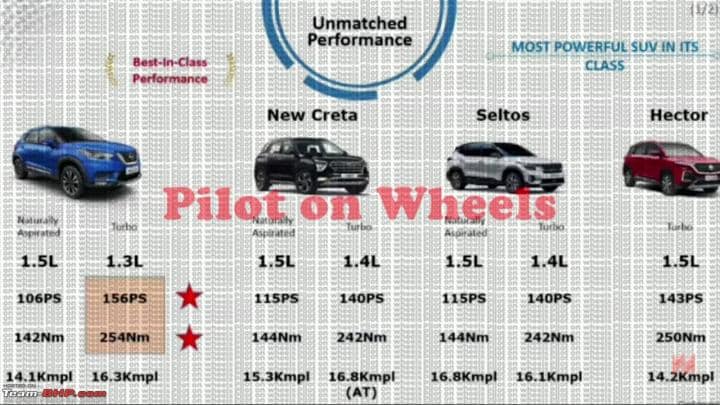 The leaked document reveals mileage figures of the 2020 Nissan Kicks

Mechanically, the Nissan Kicks BS6 SUV will be seen in two petrol engine options - 1.3-litre and 1.5-litre. The former will be a turbocharged unit making 154 bhp and 254 Nm of power figures whereas the latter will be naturally aspirated motor belting out 105 bhp and 142 Nm of torque. Both the engines will be mated to a manual gearbox as standard whereas a continuously variable transmission (CVT) is likely to be offered as an option on the turbo petrol engine only. The leaked document also reveals the fuel economy of the new BS6 Kicks. The new turbo petrol and naturally aspirated unit are claimed to return fuel economy of 16.3 kmpl and 14.1 kmpl respectively.