The 2020 Royal Enfield Himalayan will be updated to meet the upcoming BS6 emission regulations, and will feature minor cosmetic updates, along with the engine, tuned to be cleaner to meet the new norms. 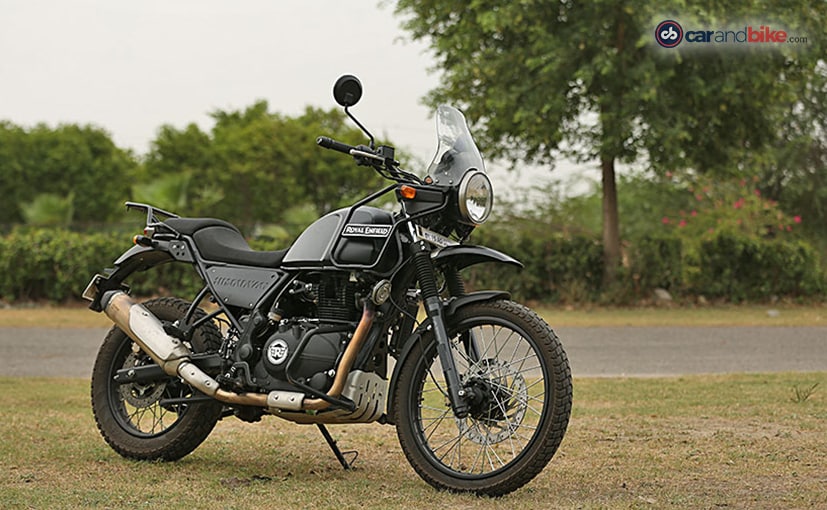 Royal Enfield has released a teaser video of the updated 2020 Royal Enfield Himalayan on the motorcycle brand's social media channels. The video doesn't show much of the new Himalayan, which will be updated to meet the Bharat Stage VI (BS6) emission regulations, and is essentially a collage of several videos of the Himalayan being ridden across different terrain. The video begins with the text, "Built for all roads, built for no roads" tagline, and teases the next generation Himalayan, with the text, "Coming Soon," without showing any videos or images of the new bike.

What we do know is that the new Himalayan will be tuned to meet the new BS6 norms, which come into effect from April 1, 2020. And that may translate to slightly lower power figures than the outgoing model. For reference, the current generation Royal Enfield Himalayan is powered by a 411 cc, single-cylinder, air-cooled which makes 24.5 bhp of power and 32 Nm of peak torque, with a 5-speed gearbox. Overall, the design is likely to remain the same, with minor cosmetic updates, like a slightly revised instrument panel, which we have seen in spy shots, switchable ABS, as well as new colour schemes.

Royal Enfield is also believed to be working on a smaller, and more accessible variant of the Himalayan, with a 19-inch front wheel, and 17-inch rear wheel combination, shod with MRF Meteor tyres. But it's not clear if that model is ready for production, or if Royal Enfield will continue with the same cycle parts on the BS6 model. The current Himalayan runs on a 21-inch front, 17-inch rear wheel combination, with Ceat Gripp dual-purpose tyres. The current generation Royal Enfield Himalayan is priced at ₹ 1.80 lakh (ex-showroom, Delhi), and the BS6 model is expected to be slightly more expensive, in our estimate, just under ₹ 2 lakh (ex-showroom, Delhi). More details will be revealed soon, when the new 2020 Himalayan is launched, possibly very soon.

Royal Enfield Thunderbird 500
₹ 1.9 Lakh *
View More
Subscribe to Our Newsletter
Over 1.5+ Lakhs subscribers
Thank you for Subscribing to Us