The fourth-generation Audi A3 looks bolder, more stylish, and, it now also comes with a host of new and smart features like a connected car technology and a driver assistance system. 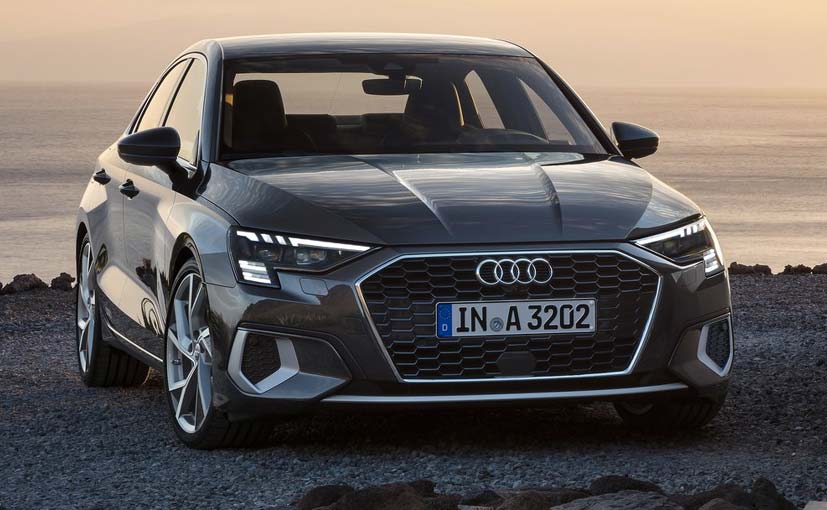 View Photos
The fourth-gen Audi A3 sedan will first go on sale in Europe, before entering other markets

The next-generation Audi A3 sedan has been unveiled and boy it doesn't get any better than this. Borrowing design cues from the new A6, the fourth-generation A3 looks bolder, more stylish, and, it now also comes with a host of new and smart features like connected car technology and a driver assistance system. Audi has also refined the suspension tuning to ensure an improved driving experience, and globally, the car will be available with a choice of two TFSI and one TDI engine. The new Audi A3 will go on sale in Europe later this year at a starting price of 29,800 Euro, which is about ₹ 25 lakh as per current exchange rates. 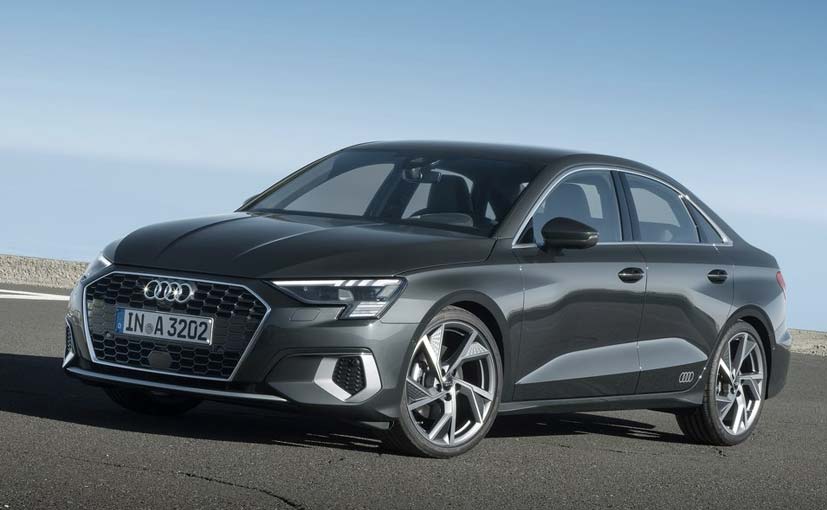 2021 Audi A3 Sedan appears to have borrowed some of its styling from the A6 and looks bolder, more stylish now

Upfront, the 2021 Audi A3 comes with the signature single-frame honeycomb-pattern mesh grille with the four-rings logo at the centre. The A3 also sports a pair of aggressive-looking boomerang-shaped headlamps with LED units and LED daytime running lamps. The top-end model will get the Matrix LED technology. The bumper too gets a sculpted design with arrow-shaped inserts on each end and a sleek bumper lip. The bonnet itself comes with some sharp lines that add a muscular look to the car. The profile too features some bold curves, while the Audi logo at the bottom of the rear door certainly adds a nice touch. The car also gets a set of sporty alloy wheels, and a pair of sleek LED taillamps with a sculpted tailgate and a new rear bumper. 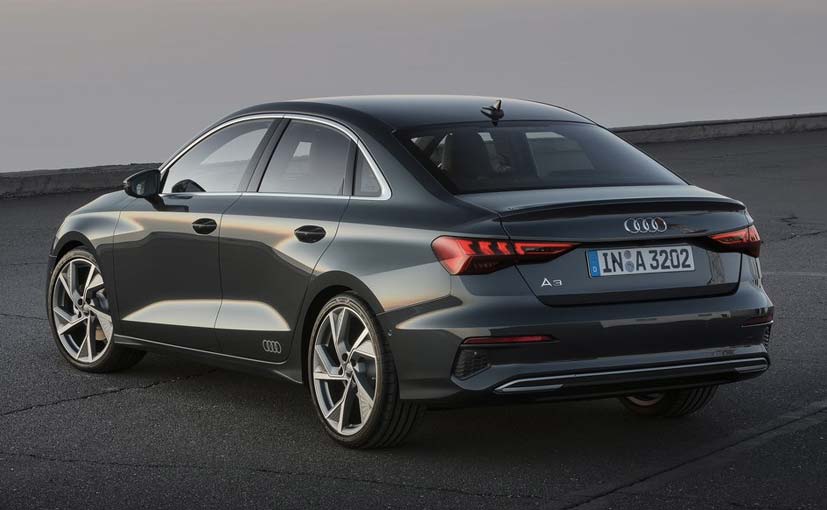 The new Audi A3 is 40 mm longer now at 4500 mm, however its wheelbase remains unchanged

Compared to its predecessor, the new A3 is 40 mm longer at 4500 mm, however its wheelbase remains unchanged. The car's width has been increased by 20 mm to 1820 mm, and it is now 10 mm taller at 1430 mm, which has yielded an increase in headroom and some more elbow room. The car's boot space remained unchanged at 425-litre.

The Audi A3 Sedan also gets a more driver-focused cabin with a new dashboard that is all-digital. The car gets an all-digital instrument cluster even in the entry-level model, and while the standard unit is a 10.25-inch display, with Audi virtual cockpit plus, you get a 12.3-inch display with three different views, including sporty graphics with inclined digits and a particularly dynamic layout. The car comes with a toggle switch instead of a gear lever, along with a multi-functional steering wheel, heads up display and more. 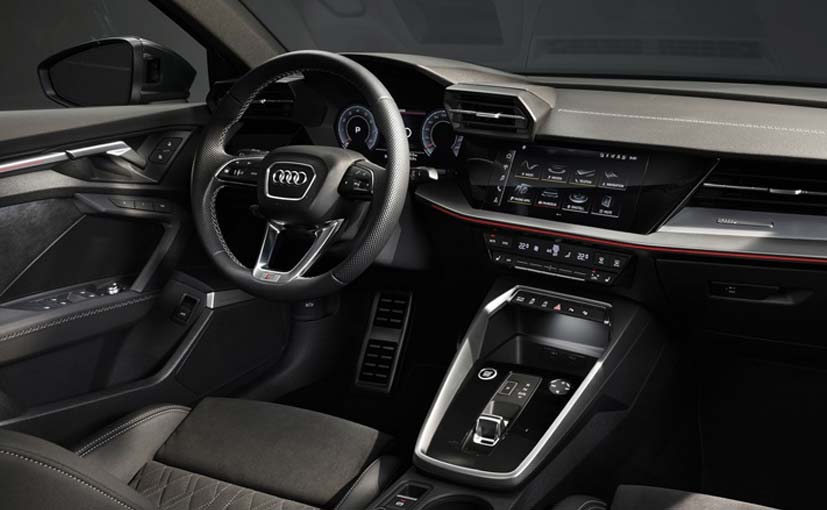 The infotainment system is a 10.1-inch display unit that comes with MMI Navigation plus which connects the car via LTE Advanced speed and connects the smartphones of the passengers to the Internet via Wi-Fi hotspot. The MMI Navigation plus offers a multitude of Audi connect services as standard, including online traffic information, news, and additional information such as photos, opening times, and user reviews relating to points of interest. The system also features Apple Car Play and Android Auto via Audi phone box, which also allows you to lock/unlock or even start the car with using an Android smartphone with the Audi connect key. As part of the driver assistance system, the new A3 comes with Audi pre sense that uses the car cameras to prevent accidents, or at least reduce their severity, plus you also get Adaptive cruise assist. 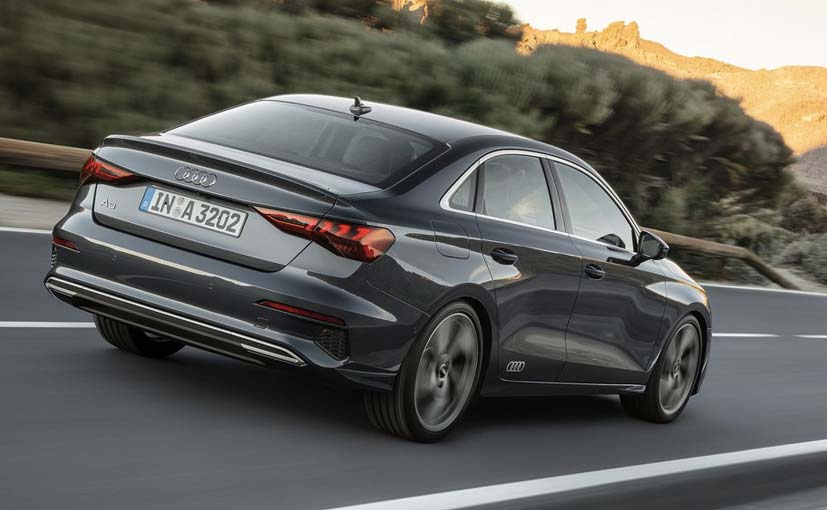 The Euro-spec Audi A3 will come with a 1.5-litre TFSI and 2.0-litre TDI engines

Powertrain options for the Euro-spec model will include a 1.5-litre TFSI engine tuned to make about 148 bhp that comes mated to a 6-speed manual gearbox and a quick-shifting 7-speed S tronic automatic transmission. There is also a 148 bhp 2.0-litre TDI engine that also comes mated to a 7-speed S tronic automatic transmission. Later, Audi will also introduce an entry-level petrol engine.