The KTM 1290 Super Duke GT appears to get chassis and engine from 2020 KTM Super Duke R. 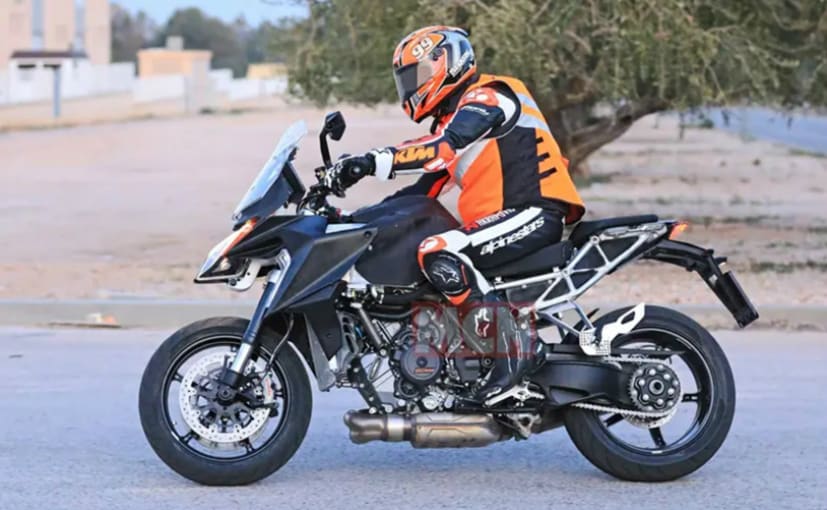 A new KTM 1290 Super Duke GT has been spotted on test and seems to get a few cosmetic and mechanical updates, borrowed from the 2020 KTM Super Duke R. From the looks of the spy shots, the updated machine seems to sport a revised chassis as well as a new Euro 5-compliant engine. The trellis frame on the updated bike appears to have changed from the centralized three-pronged structure of the first two GT models. The new chassis design uses the engine as a stressed member to increase torsional stiffness. 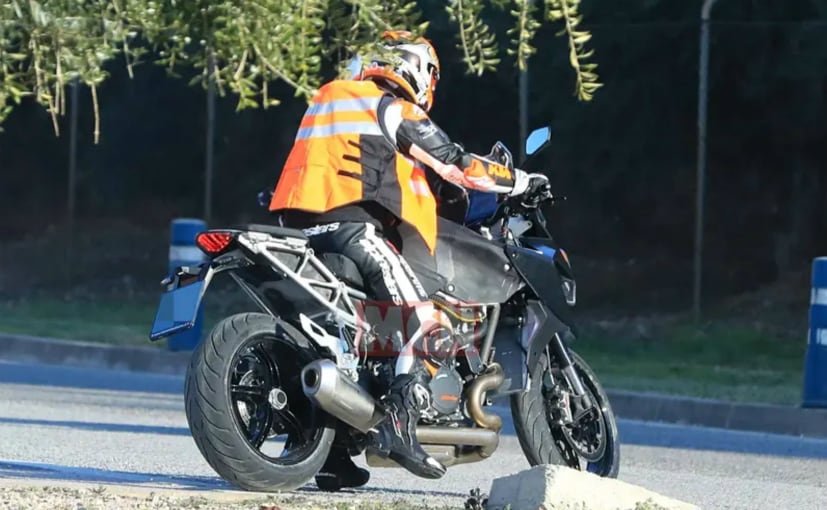 Towards the rear of the bike is a new subframe, the new GT also appears to use a new subframe, which will likely be more pillion-friendly, and will also be useful to mount heavy luggage for long-distance touring. The new 1290 Super Duke GT will also feature the Super Duke R's swingarm, which is now 15 per cent stiffer than the old unit, and will have a pivot 5 mm higher than the current unit to offer more stability under acceleration. The wheels are also from the super naked model, and the tyres seem to be Pirelli Angel GT, and will possibly feature a 190-section rear tyre.

The suspension is likely to be semi-active, with wires seen protruding out of the front forks on the bike seen in the spy shots. The rear shock is also expected to be semi-active. Other changes include a new dash, possibly KTM's latest 5-inch TFT layout, featuring smartphone connectivity and access to the state-of-the-art electronics system on the bike. The new KTM 1290 Super Duke GT is expected to be showcased at this year's EICMA show in Milan, in November, followed by deliveries in Europe sometime by early 2021. So far, there's no word on if KTM will introduce this model in the Indian market.