The squared-off front end is similar to what we've seen on the XUV300 and this is the future of design when it comes to Mahindra SUVs. 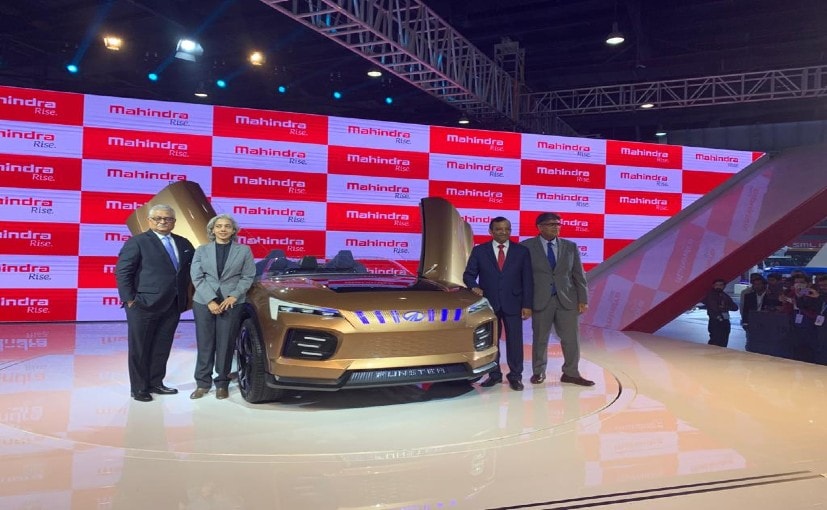 Mahindra has revealed the  Funster Electric concept SUV at the Auto Expo 2020. The e-SUV gives us a glimpse into what the production version of the XUV500 will look like. The company teased the Funster concept a few days ago and now we see it in the flesh. The Funster Concept gets a muscular front end which is all about aggression and something we have come to expect of Mahindra. The squared-off front end is similar to what we've seen on the XUV300 and this is the future of design when it comes to Mahindra SUVs.

The Funster Electric concept gets multiple vertical slats, illuminated Mahindra logo, new inverted L-shaped headlamps and fog lamps clusters with LED light strips. Power comes via a 60kWh battery and four electric motors, one for each wheel. The combined power output is 312 bhp and the electric car can do a sprint to 100 kmph in just 5 seconds.

The Funster Electric concept then is all about creating  niche SUV and though the car showcased was a 5 seater, the car that this previews is the XUV500 which is a 7-seater SUV.