Here are our top picks from the electric vehicle line-up on display at the 2020 Auto Expo. 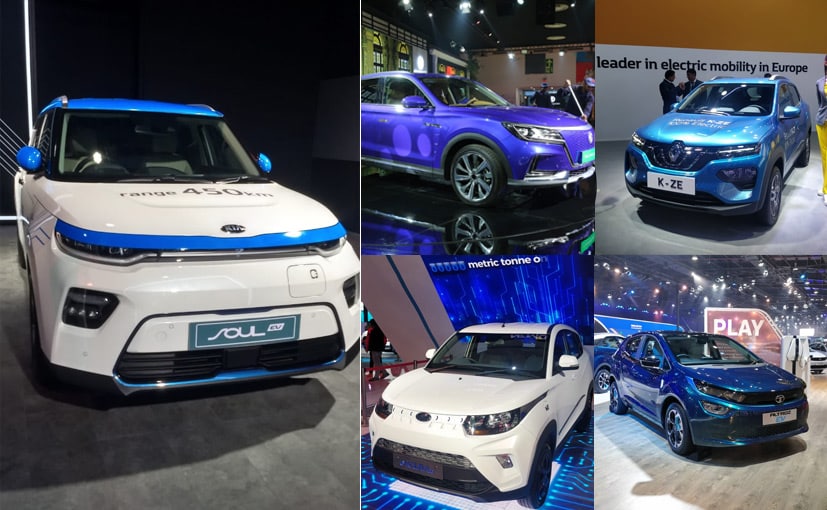 The 2020 Auto Expo has been all about electric mobility, and right from home-grown automakers like Tata Motors and Mahindra to global brands like Renault and Kia Motors, several manufacturers showcased their respective electric vehicles. From new launches to first time showcases, we saw a range of EVs at the Motor Show. Here we have listed down our top picks from the electric vehicle line-up on display at the 2020 Auto Expo.

First unveiled to the world at the 2019 Geneva Motor Show, the Tata Altroz EV finally made its India debut at this year's Auto Expo. Slated to become the third electric car from the company, after the Tigor EV and Nexon EV, the Altroz EV, and will become the first electric premium hatchback in India. Slated to be launched later this year, the Tata Altroz EV will come with the company's Ziptron electric powertrain technology, which means the car will offer an electric range of over 250 km on a single charge. 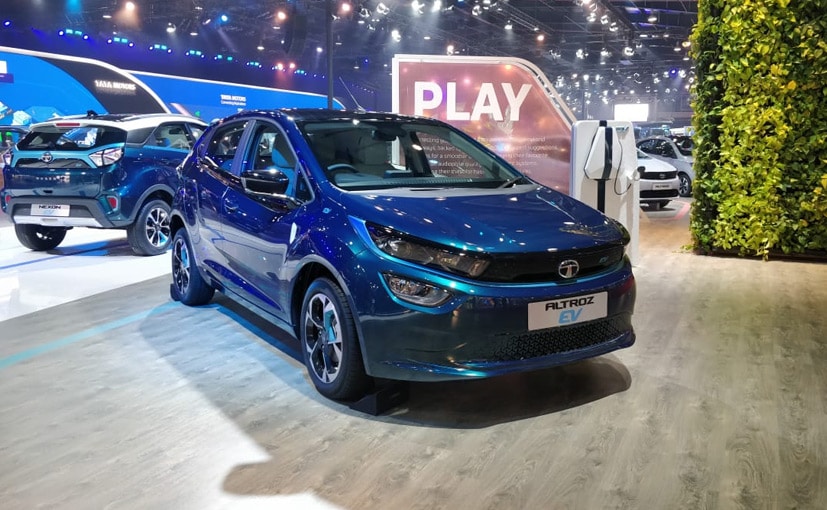 Visually, the car will share its design and styling with the regular Altroz hatchback, however, the car will come with distinguishing blue accents, along with a lighter shade for the interior. The car is expected to borrow its features from its ICE counterpart. While the specification is not revealed, considering it shares its EV technology with the Nexon EV, we expected it to come with 8-year warranty for the battery pack and will come with IP67 certification. 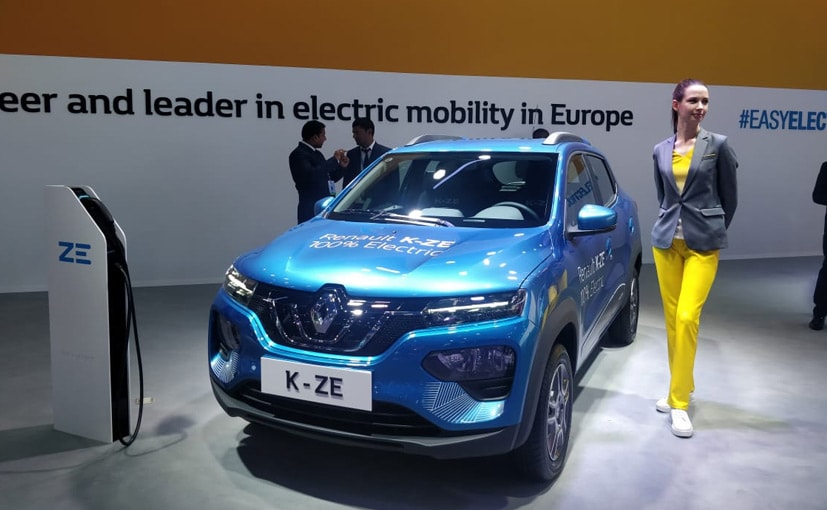 Renualt K-ZE is the electric version of the Kwid hatchback

The City K-ZE gets a 33 kW motor capable of delivering 120 Nm of peak torque. The company says the car can be charged using the standard 220V domestic and plug charging points. In the fast charging mode, the City K-ZE is capable of being charged up to 80 per cent in 50 minutes, while the slow charging mode will see batteries fully charged in four hours. The range is estimated to be about 240 km on the electric hatchback.

A big surprise from Mahindra was the launch of the eKUV100. The pre-production model of the electric hatchback was showcased at the 2018 Auto Expo, and now the company has launched it, priced at ₹ 8.25 lakh (ex-showroom), making it the most affordable electric vehicle in India. Visually, the Mahindra eKUV100 looks identical to its petrol derivative, albeit with some new styling elements that signify its electric nature. The new grille comes with blue elements. The cap on the charging port comes with the new ME badging while the wheels too come with blue accents. 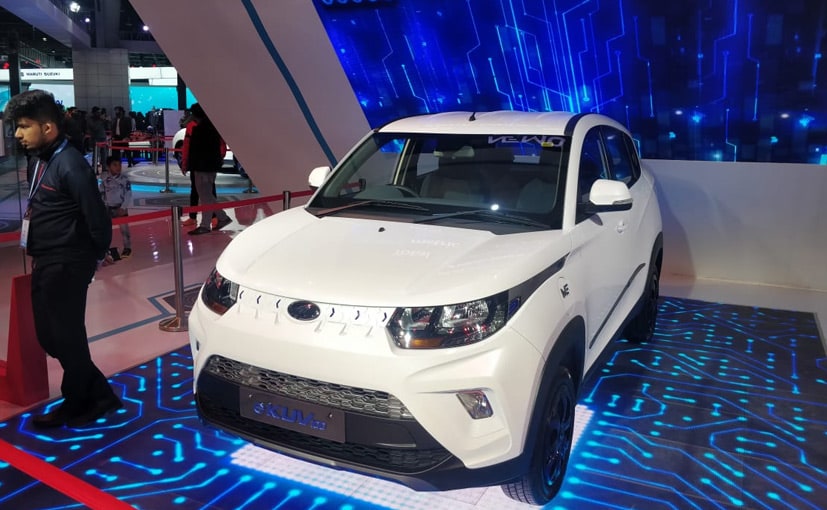 The MG Marvel X is the fully electric SUV sold by the SAIC Group in China under the Roewe brand and has been brought to our shores by Morris Garages India. Based on the Vision E Concept showcased at the 2017 Shanghai Auto Show, the Marvel X comes with an aggressive exterior design featuring heavy chrome elements along with the LED headlamps and LED DRLs. The SUV gets an aggressive bumper with sharp lines and chrome details and silver skid plate. The Marvel X also features sporty alloy wheels, while the rear section comes with LED taillamps. 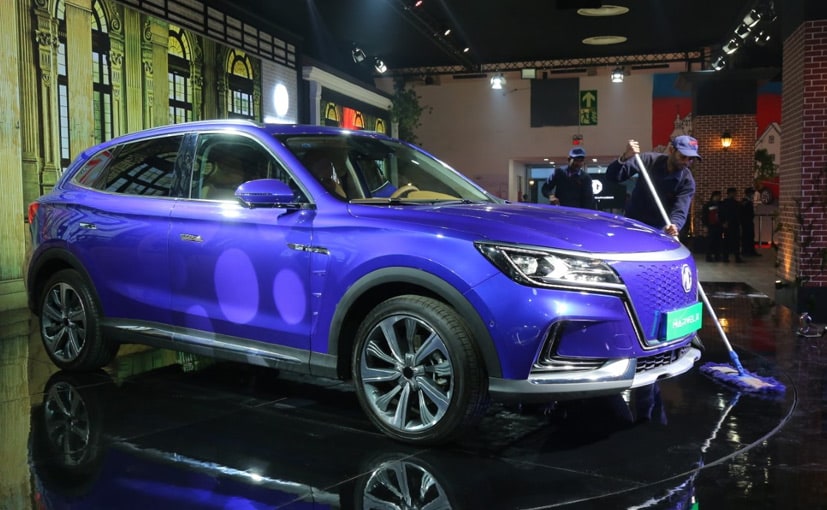 The MG Marvel X comes with a 52.5 kWh battery pack the powered two electric motors, one attached to each axle. The combined output of the electric motors is about 184 bhp and offers a range of over 400 km on a single charge. MG hasn't confirmed the car for India but has said that it will decide whether to launch the electric SUV in India or not depending on market demand.

Kia Motors too showcased its prowess in electric vehicle technology in the form of the Kia Soul EV. Currently, on sale in South Korea and other global markets, the Kia Soul comes with a liquid-cooled lithium-ion polymer 64kWh battery offers an electric range of 450 km. Kia has earlier announced that it plans to offer 16 electric vehicles in India by 2025, and the Soul EV could very well be a part of the list. 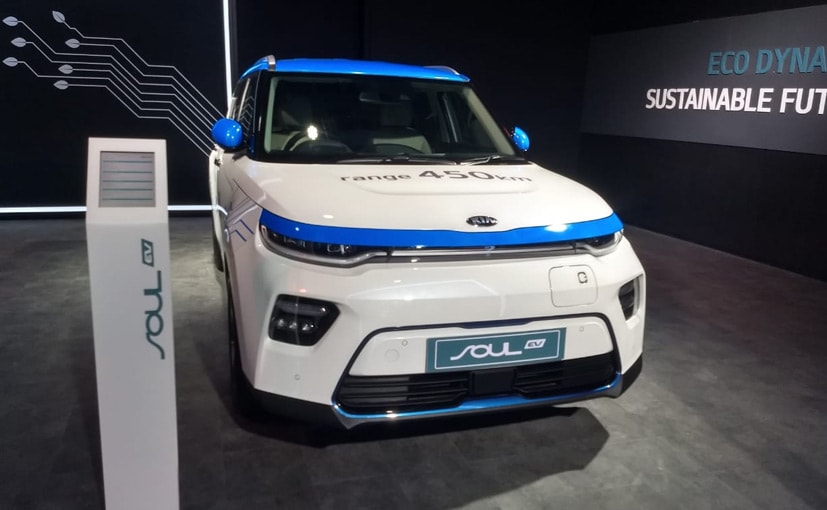 The Kia Soul EV offers an electric range of 450 km