Biggest Winners And Losers Of 2019: Cars

2019 saw a host of new launches and while some surpassed all expectations and delivered huge numbers, others, which were expected to be gamechangers, failed to impress car buyers. 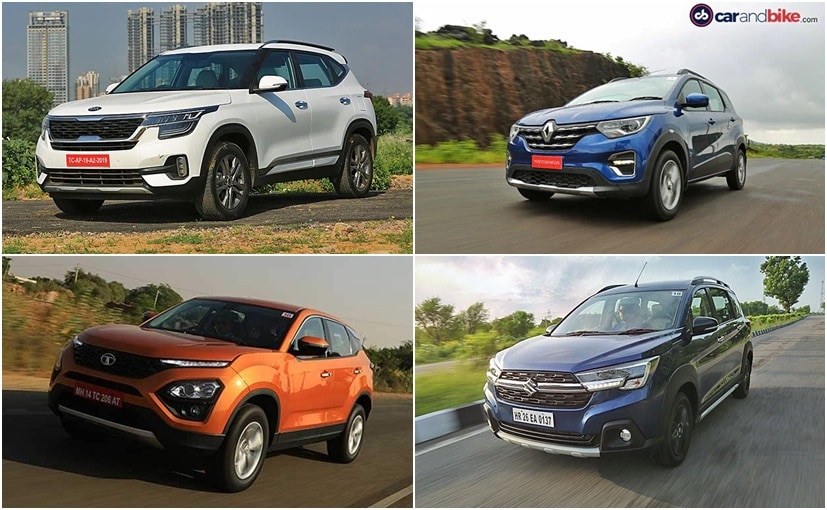 2019 has been a year which can only be described as turbulent. The auto industry was thrown into a spiral and the wounds will take time to heal. However, as Darwin's theory proposed, the fittest braved this storm and adapted. And some just upped the game by bringing in an irresistible product. So, as we get ready to enter the New-Year, we take a look back and list down the biggest winners and losers of 2019.

The all-new Kia Seltos became the first car to be launched by the South Korean carmaker in India. A key rival to its parent company Hyundai's Creta SUV, the Seltos literally became an instant success in the Indian market. With over 40,000 units being sold in just four months, it became the country's best-selling SUV in November with over 14,000 units, making Kia the fourth-largest carmaker in India. 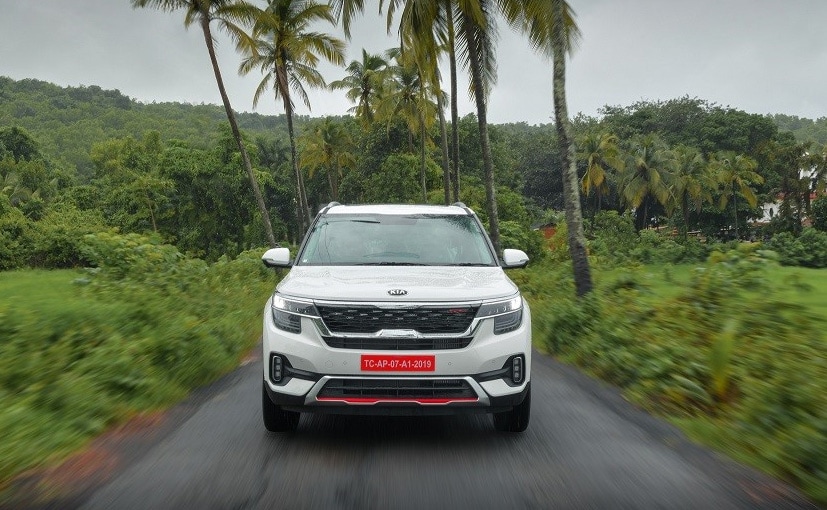 The Kia Seltos became the country's best-selling SUV in November with 14,005 units

The SUV is offered with a pair of 1.5-litre petrol and diesel engines and a 1.4-litre turbocharged petrol motor. All engines are BS6 compliant, and transmission options include a 6-speed manual, IVT automatic, CVT and a 7-speed DCT unit. The model is offered in two trim levels - Tech Line and GT Line. A feature-loaded package coupled with a very attractive price tag is what helped Kia Seltos achieve these numbers and a place in our winners' list.

First launched in May 2019, the Hyundai Venue marked the company's entry into the highly competitive sub-4-metre SUV space. However, smart design and styling, along with an array of creature comforts and gizmos, plus the fact that it was India's first connected SUV, made the Venue a huge attraction among Indian car buyers. Since its launch in May, the company has already sold over 60,000 units of the Venue SUV in India as of November 2019, and the company has claimed that the Venue will end the year with 1 lakh bookings. In July and August, the Venue even surpassed the segment leader Maruti Suzuki Vitara Brezza. 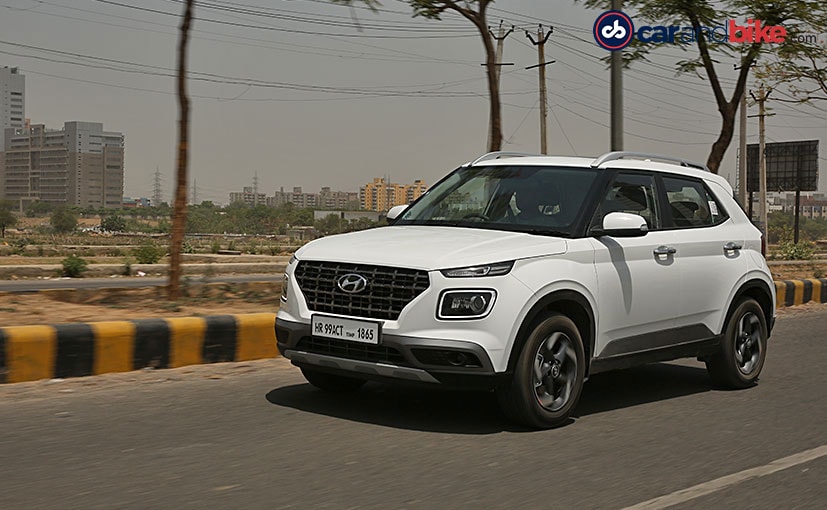 The Renault Triber marked the entry of the French carmaker in the subcompact MPV space in India. The Triber offered stylish exterior, a spacious 7-seater cabin and smart creature comforts, all in a sub-4-metre package, however, its biggest USP was the industry-first modular EasyFix third-row seats. In fact, Renault claims you can have up to 100 different seating arrangements in the Triber. Furthermore, the car also gets projector headlamps, LED DRLs, electric boot release, smart-looking wheels, functional roof rails and more. The cabin features a touchscreen infotainment system with Apple CarPlay and Android Auto, rear AC vents. 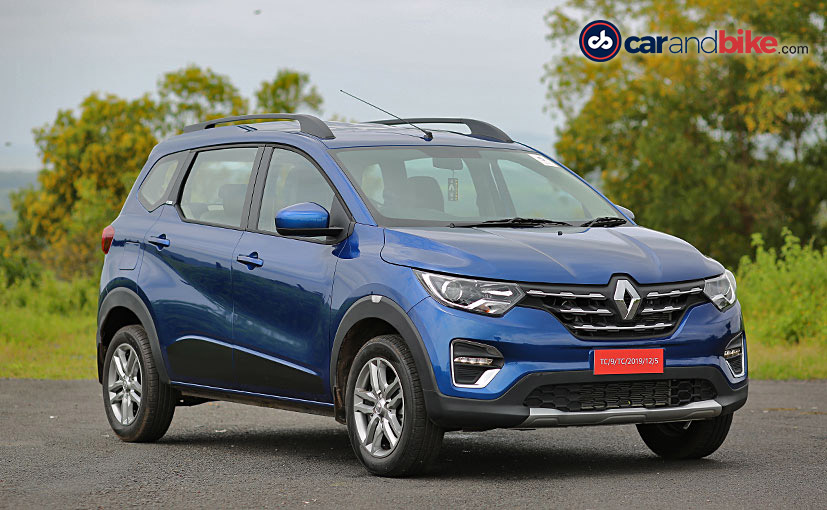 Safety features include - dual front airbags, ABS with EBD, load limiter + pretensioner (driver only), speed alert warning, seat belt reminder - driver + passenger, rear parking sensor, pedestrian protection as standard. The top-end model gets 4 airbags. Under the hood, the Renault Triber features a new 1.0-litre, three-cylinder Energy engine that puts out 71 bhp and 96 Nm of peak torque. The engine comes mated to a 5-speed manual gearbox as standard, while an AMT version is also in the works.

As a complete package, the Renault Triber is a very good value proposition, and the customers saw that. Since its launch in August 2019, the company has sold 18,511 units of the Triber in India, as of November 30, 2019. Interestingly, the Renault Triber constitutes about 56 per cent of the carmaker's total sales in November 2019, which stood at 10,882 units. In fact, in three out of these last four months, the Triber surpassed the Renault Kwid as the company best-selling model in India.

The new-gen Maruti Suzuki Wagon R was one of the first cars to go on sale in India, in 2019, and it has been quite well-received in the Indian market. Based on the company's Heartect platform, unlike the old-gen model, the new Wagon R was bigger, safer, and offered more features. Also, Maruti continued to sell the older version a for the fleet market, thus creating a differentiation between the two models, and that attracted a lot of private car buyers. Even after a year from its launch, Maruti continues to sell an average of 14,000 units of the Wagon R in India. 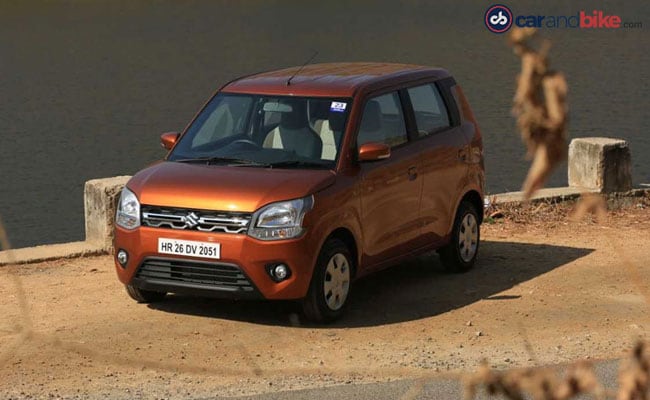 Maruti sells an average of 14,000 units of the Wagon R in India per month and it's BS6 compliant now

In addition to improved exterior and a spacious cabin, the car also comes with the SmartPlay Studio infotainment system offering Apple CarPlay and Android Auto, in addition to standard safety features like dual airbags, ABS with EBD, seatbelt reminder, high-speed alert and rear parking sensors. Under the hood, the new Wagon R is offered in two petrol engine options - 1.0-litre three-cylinder, and 1.2-litre four-cylinder, the latter being a BS6 compliant engine, mated to either a 5-speed manual or an AMT/AGS unit.

The Mahindra XUV300 was the third sub-4-metre SUV to be launched by the company, unlike the TUV300 and NuvoSport, The XUV300 was based on SsangYong's X100 platform. And that made a lot of difference. The XUV300 comes with peppy petrol and diesel engines, offers good ride and handling, and gets a bunch of smart features along with good fit and finish, making it a compelling package. Which is why, despite being slightly expensive compared to its rivals, the XUV300 has managed to impress customers. In fact, the XUV300 has been the company's best-selling SUV in India, second only to the Mahindra Bolero, with average sales of over 4000 units a month. 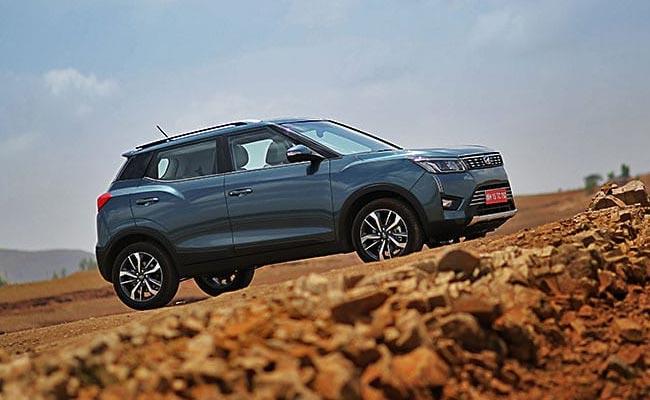 The XUV300 is also one of the most feature-rich models in this segment, equipped with projector headlamps with LED DRLs, LED taillamps, and disc brakes for all 4 wheels. The cabin is also loaded with features like auto-climate control, 7-inch touchscreen infotainment system with smartphone connectivity options (Apple CarPlay and Android Auto), cooled armrest box, cruise control, steering mounted audio controls, engine start-stop button, rearview camera and more. Under the hood, it gets a 1.2-litre, three-cylinder petrol unit and a 1.5-litre four-cylinder oil burner. Both the engines are mated to a six-speed manual transmission as standard and Mahindra is planning to add an AMT gearbox too in the range.

Commenting on key winners and losers of the 2019, Rakesh Batra, Auto Industry Expert, told us "The Kia Seltos was a clear winner in 2019 and for the first launch in India they have executed quite flawlessly. On the other hand, the MG Hector raised high expectations in the market on launch with innovative features however did not achieve the potential with the current volumes."

Launched in January 2019, the Tata Harrier was one of the first models to go on sale in India this year. The Harrier was also the first model to be built on an all-new OMEGArc platform and employ the company's Impact 2.0 design philosophy and thus was expected to huge success. However, despite its bold design, smart interior, and decent features offering the SUV failed to generate the level of interest the company had expected. In the last 11 months, the company has managed to sell only 13,769 units of the Tata Harrier, which less than even what its key rival Kia Seltos managed to achieve in the month of November (14,005). In fact, in the last six months, the Tata Harrier has managed to breach the 1,000 units sales mark just twice and has largely achieved only triple-digit sales. 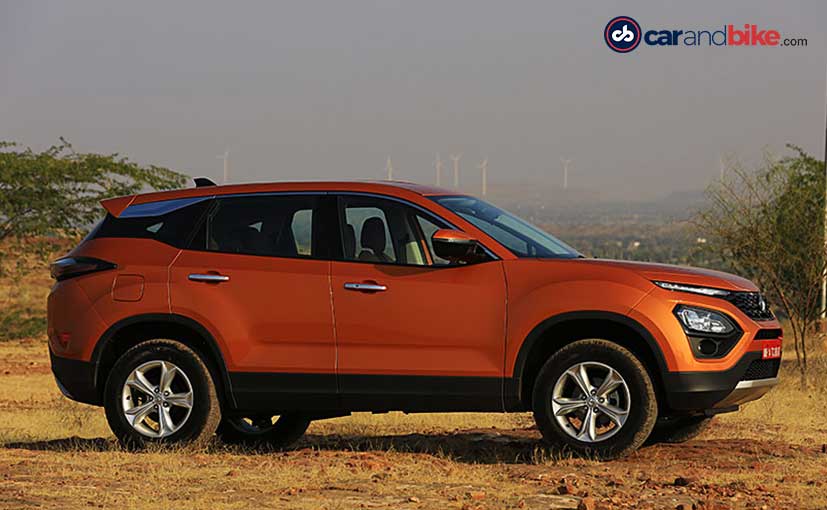 In the last 11 months, the company has managed to sell only 13,769 units of the Tata Harrier

The Harrier came with pretty standard features like - 8.8-inch touchscreen infotainment HD display, 9 JBL speakers with amplifier and tuned acoustics, and fully-digital 7-inch TFT instrument cluster, which made it feel like a compromise, compared to the far more equipped Seltos and Hector. Furthermore, the Harrier only comes with one 2.0-litre diesel engine on offer with a manual gearbox as standard.

The Maruti Suzuki XL6 was launched as a premium version of the Ertiga and as the name suggested was meant for just 6 people, catering especially a to chauffeur-driven customers, packaged in a more SUV-like design and styling, with a comfortable, and well-equipped 6-seater cabin. Maruti even decided to sell the XL6 through its Nexa channel to avoid a clash with the Ertiga, which is sold via the Arena range of dealerships. Styling-wise this car looks very different, and it is not like the Ertiga with a more prominent face, new LED headlamps and butch look added by the wheel arch and underbody cladding. Under the hood it gets the new 1.5-litre BS6 compliant petrol engine mated to the 5-speed manual or the 4-speed AT unit. 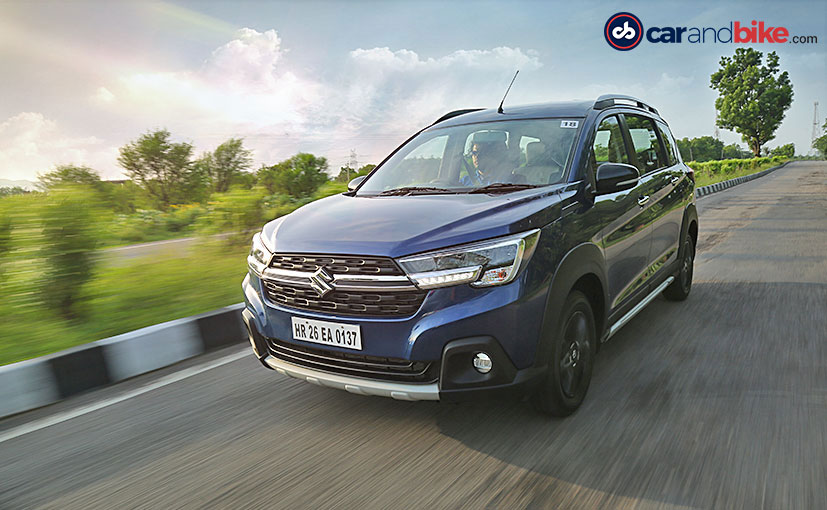 Maruti Suzuki XL6 brings in an average of just 3,000 units, compared to the Ertiga which sells about 7000-8000 units a month

So, when we drove the car, we understood what Maruti was trying to offer here, and it made a lot of sense on paper. In fact, we expected a lot of families and individual buyers adopting it, sadly that never happened. Customers only perceived as a more expensive version of the Ertiga and since its launch, the company has only sold about 12,700 units of the car in the last 4 months, with an average of 3,000 units a month. In comparison, the Ertiga sells about 7000-8000 units a month.

We were the first ones to tell you that Renault will not bring the second-gen Duster to India, and India is likely to be the lead market for the development of the third-generation model, development for which will start by mid-2020. So, in the meantime, to keep the Duster brand relevant, Renault decided to do a comprehensive facelift to the existing model in India, which was launched in July this year. 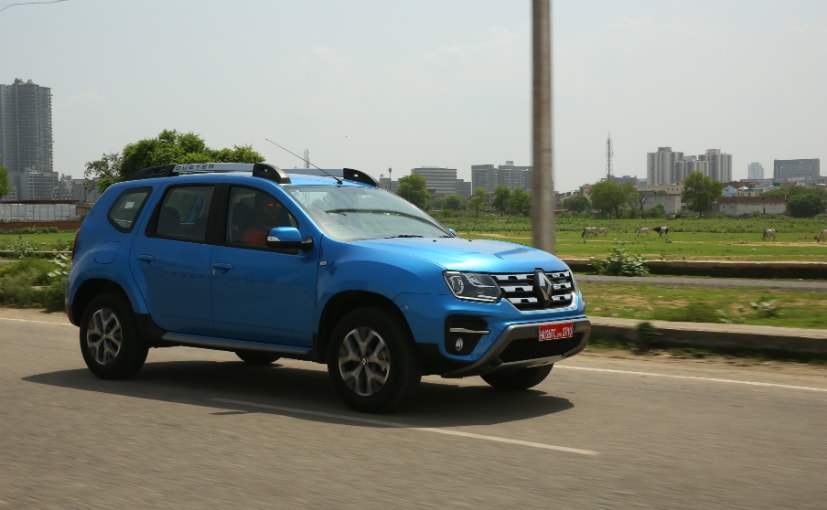 Though the Renault Duster scores low on features, it still remains one of the most fun to drive SUVs in its segment

The SUV came with new exterior styling in line with the globally sold second-gen model, along with a redesigned cabin, and we have always liked the SUV capabilities of the Duster, but it scored low on features compared to its newer rivals and thus failed to impress new customers.

So, despite the facelift, the Renault Duster's sales have remained low, at an average of 800-900 units a month for this entire year. In fact, we have hardly seen any new Dusters on the road ever since its launch and we expect the numbers to remain low until the company is ready with the third-gen Duster.