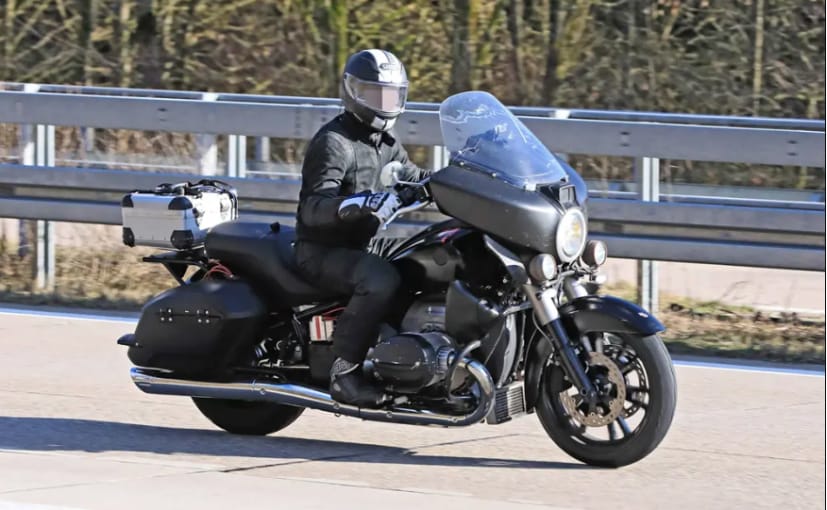 BMW Motorrad is working on a heavyweight cruiser motorcycle which will take the fight to Harley-Davidson and Indian Motorcycle. Latest spy pics reveal an almost production-ready bagger with typical all-American traditional heavyweight cruiser motorcycle styling. So, there's no mistaking the intent that the upcoming BMW cruiser will be targeted to take on the likes of the Harley-Davidson Road Glide, Street Glide and the Indian Chieftain range. What will probably differentiate the big BMW cruiser will be the addition of latest technology, including a few gizmos which have so far not been seen on any cruiser motorcycle. 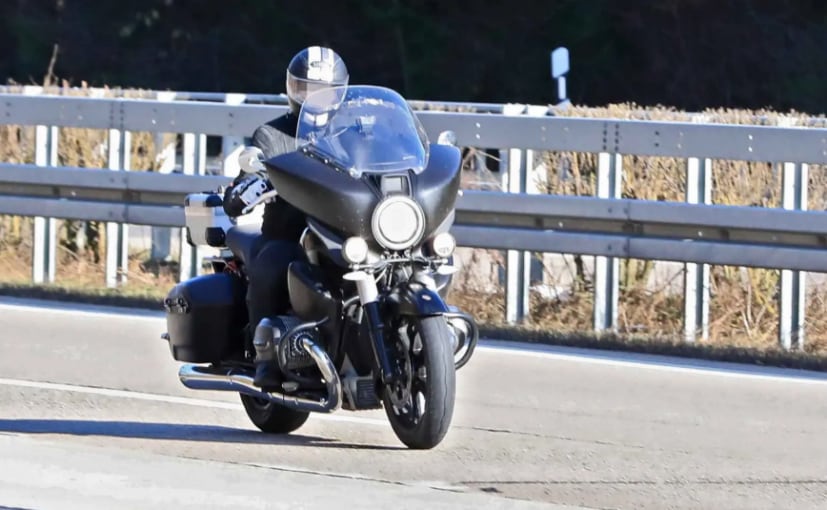 The BMW R18 cruiser will be powered by the same 1,802 cc, flat-twin boxer that has already been unveiled. The specifications for the big boxer twin puts the engine output at around 91 bhp of maximum power at 4,750 rpm, with peak torque of 158 Nm available at 3,000 rpm. More than 150 Nm of the torque will be available from 2,000 to 4,000 rpm, and it's likely to have enormous pulling power. The engine will have a six-speed transmission for effortless cruising, and there is expected to be an optional reverse gear as well. 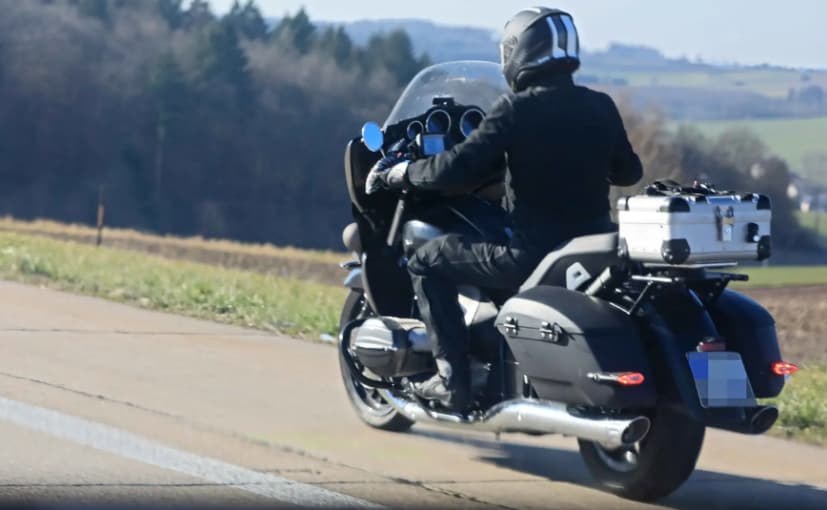 But there's more than just raw pulling power. In the spy shots, what is seen at the front of the fairing, just above the headlight, is a little box, which suggests that the new BMW bagger will come with more electronic gizmos than usually expected from a cruiser. The box could be a sensor to power adaptive cruise control, and maybe even other radar-driven safety benefits. What this system is likely to do, is to slow down the bike in traffic in case of other vehicles in front of it, and gently resume cruising speed once the way ahead is clear.

Apart from that, the instrument console is a combination of round clocks as well as what seems to be a big TFT screen, which will be possibly a touchscreen infotainment panel, providing built-in navigation as well as access to smartphone connectivity functions and other multimedia features. So far, there's no word on when the new BMW R18 cruiser will be officially launched, but we expect BMW Motorrad to officially unveil the model a few months from now. As for its availability in India, there's no word yet, if BMW Motorrad will decide to introduce it in India, but if it's introduced, it will be a full import and likely be an expensive offering.