Kia Motors has sold 8583 units in March 2020, retaining its third position in the Indian market.

Kia Motors has sold 8583 units in March 2020 out of which 7466 units were of the Seltos and 1117 units were of the recently launched Carnival MPV. Kia Motors has also retained its position among the top three auto manufacturers in India after Maruti Suzuki that sold 83,792 units and Hyundai Motors India that sold 32,279 units in the same month. The Korean carmaker started operations in India with the Seltos compact SUV in August last year and has sold 81,784 units in the Indian market till March 2020. Kia Motors India had exported 2585 units last month to other Asian markets. That said, it won't be an easy run going forward as operations across auto sector has taken a hit after the nationwide lockdown called to fight against the Coronavirus pandemic.

Kia Motors said in a statement, "Countries and businesses across the globe have come to a standstill due to the COVID-19 epidemic and has impacted the automobile industry as well with production units, offices and dealership suspending all its operations temporarily. Kia Motors India also stands with the entire automobile industry and is working with the state and central government to extend all possible support and assistance to fight and overcome this situation." 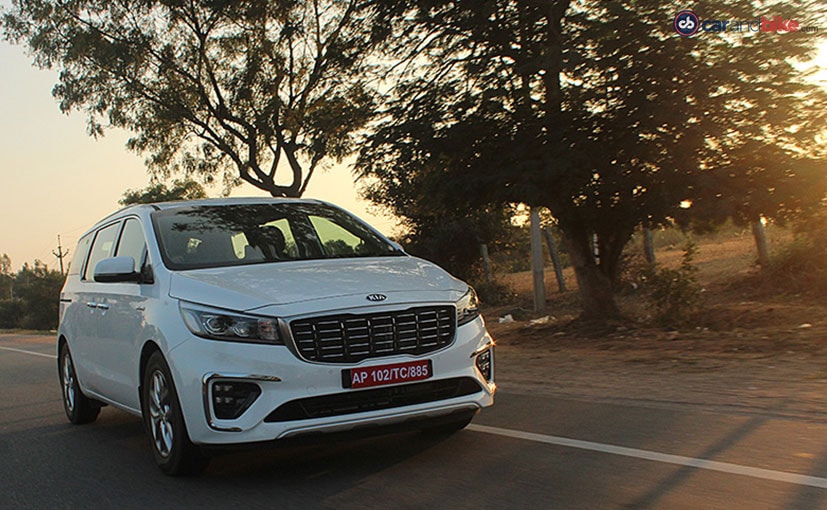 Kia Motors India had stopped its wholesale billings on March 16, 2020 to avoid accumulation of inventory at its dealerships. Following the bookings numbers the carmaker has received so far, it is expecting a positive sentiment in buyers for Seltos and Carnival after the lockdown period. During the lockdown period, all Kia dealerships are available on call and are accessible through Kia's various digital channels. Its online sales system and booking facility on its official website is also active.