Coronavirus Pandemic: Ford Aims To Resume Production Next Month For Its Profitable Vehicles

The pandemic, which has killed more than 21,000 people globally, has forced the shutdown of auto plants around the world as entire cities have gone into lockdown to stem the spread of the virus. 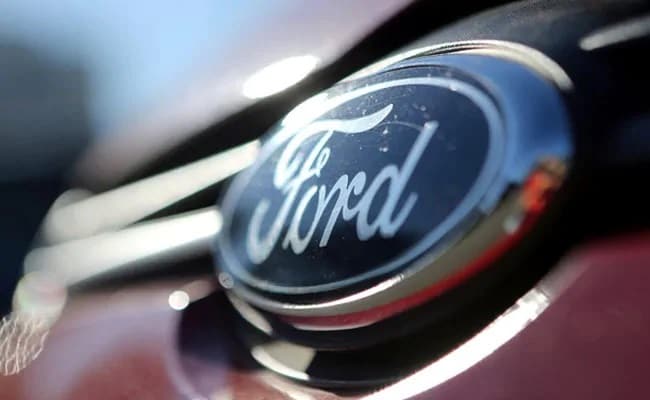 View Photos
Ford plans to begin production on one shift at its Hermosillo, Mexico assembly plant

The two largest U.S. automakers on Thursday announced measures to shore up their finances as the coronavirus pandemic takes a deep economic bite, with Ford Motor Co aiming to resume production next month of its most profitable vehicles while cutting costs further. General Motors Co the No. 1 U.S. automaker, said it planned to keep its plants closed indefinitely and was reducing the pay of salaried employees and executives and suspending some future product programs to conserve cash.

To generate cash, Ford said it was poised to restart production at some plants in North America as early as April 6, bringing back such profitable vehicles as its top-selling F-150 full-sized pickup, the Transit commercial van and SUVs. The plants that produce those vehicles are located in the U.S. states of Michigan and Kentucky and in Mexico.

Also Read: General Motors, Ford Future Production Plan Reveal Companies To Focus on SUVs, Instead of EVs in the US

To save cash, Ford said it was temporarily cutting top executives' salaries, among other actions. This came a day after Standard & Poor's downgraded the Dearborn, Michigan-based company's debt to "junk" status and warned more downgrades could be necessary.

"The actions we're taking now are wide-ranging and substantial," Ford's chief executive, Jim Hackett, told employees in an email early on Thursday. "We hope they will be enough to give Ford the financial flexibility to ride out the economic and business effects of the coronavirus."

The pandemic, which has killed more than 21,000 people globally, has forced the shutdown of auto plants around the world as entire cities have gone into lockdown to stem the spread of the virus.

Ford previously drew down credit lines to build its cash position and suspended its dividend. GM also drew down its credit line, but did not suspend the dividend. The U.S. Senate on Wednesday passed a $2 trillion (1.6 trillion pounds) economic rescue package to help unemployed workers and companies, including the auto industry, hit hard by the outbreak. The measure has been sent to the House of Representatives for a vote on Friday.

President Donald Trump, concerned about the economic repercussions of an extended shutdown, has said he wants America to get back to business by Easter, which is April 12. To get more cash coming in, Ford said it would restart key plants, while introducing additional safety measures to protect returning workers from the coronavirus. It said it would provide details on the new measures later.

To conserve cash, Ford said its top 300 executives would defer 20% to 50% of salaries for at least five months starting May 1, with the executive chairman deferring his entire salary. Hackett will defer half his salary. However, Ford employees will continue to get healthcare coverage and those exposed to the virus and placed in quarantine will get paid time off, he added.

General Motors Co and Fiat Chrysler Automobiles NV (FCA)  previously said they would shut their North American operations through March 30 and reassess after that. FCA on Thursday extended its shutdown through April 13, while its parts distribution centres will continue to operate with paid volunteers. Mexico's status is subject to a separate announcement. GM on Thursday extended its shutdown indefinitely and said it would evaluate on a week-to-week basis.

"If we don't take significant austerity measures, we will do serious damage to the long-term viability of our company," Suryadevara said. She noted that GM has very little revenue coming in "and we are preparing to operate the company temporarily on credit if necessary."

Barra said GM was "aggressively taking costs out of the business," including cutting its marketing budget "and hundreds of other actions."

To save cash and avoid layoffs, the automaker said salaried employees would have 20% of their pay deferred, executives 25% and senior leaders 30%, starting April 1. GM said the deferred money would be repaid in a lump sum no later than March 15, 2021. Health-care benefits are not affected.

GM also said 6,500 salaried employees, mostly in manufacturing and engineering, who are not able to work remotely are being paid 75% of their salary as part of a "downtime paid absence" program in lieu of collecting unemployment benefits.

In an email to employees on Thursday, seen by Reuters, Barra said GM for years has been making "difficult decisions to strengthen our business and make it more resilient," and now those moves "will be put to the test."

United Auto Workers President Rory Gamble said Thursday the union viewed announcements like Ford's with concern, and any decision to restart production should be based on data and each state's position with regards to the coronavirus outbreak. The UAW has said three union members who worked at FCA plants have died due to the coronavirus. Michigan Governor Gretchen Whitmer issued an order on Monday barring non-essential businesses from operating until April 13.

Ford plans to begin production on one shift at its Hermosillo, Mexico, assembly plant, where it builds the Ford Fusion and Lincoln MKZ sedans. It will restart production on April 14 at its Dearborn plant that builds the F-150 and a Kentucky plant that makes the Super Duty version of the pickup as well as the Ford Expedition and Lincoln Navigator SUVs. Ford shares closed down 2.4%, while GM rose 4.8%.