Hero rider Paulo Goncalves had a fall earlier today 276 km into Stage 7 and was found unconscious by the paramedics after going into cardiac arrest. 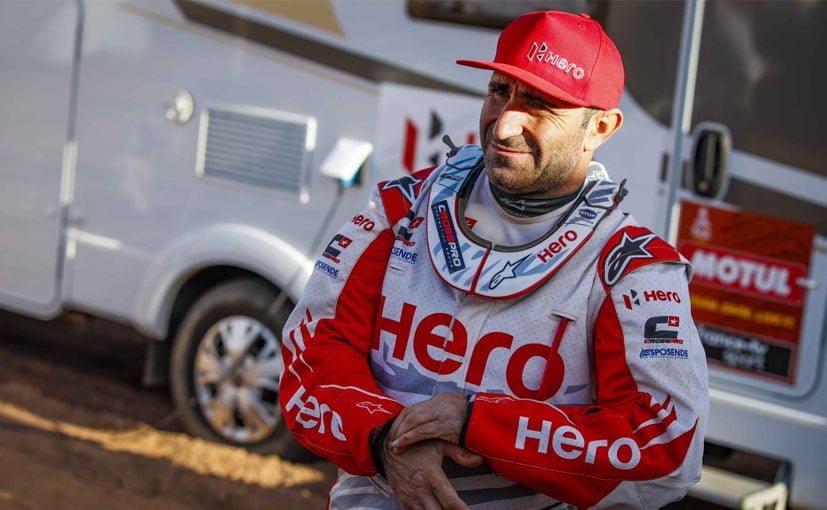 Portuguese rider Paulo Goncalves of Hero MotoSports Team Rally has passed away from a fall in Stage 7 of the 2020 Dakar Rally. The rally organisers broke the news of the Dakar veteran's demise earlier today 276 km into the day's special stage from Riyadh to Wadi Al Dawasir. A statement read that "the organisers received an alert at 10:08 am and dispatched a medical helicopter that reached the biker at 10:16 am and found him unconscious after going into cardiac arrest. Following resuscitation efforts in situ, the competitor was taken by helicopter to Layla Hospital, where he was sadly pronounced dead."

This was Goncalves' 13th Dakar and the 40-year-old was one of the most experienced riders on the field. The rider made his Dakar debut in 2006 and finished four times in the top 10 including a runner-up finish in 2015 behind Marc Coma. Paulo Goncalves was also the 2013 cross-country rallies world champion and was currently placed 46th overall at the end of Stage 6 in the current season of the Dakar Rally.

Speedy Goncalves, as he was fondly called, had an incredible stint in Dakar having competed for Honda, BMW, Husqvarna as well as Speedbrain. Goncalves is the first competitor to die while contesting the Dakar since Michal Hernik in 2015. His death is once again a stark reminder about the dangers of motorsport.

carandbike extends our sincere condolences to Paulo Goncalves' friends and family, the Hero MotoSports team and the Dakar fraternity during this time.