The Arctic Sun and Midnight Sun from Damon Motorcycles are two new versions of the Hypersport Premier electric superbike. 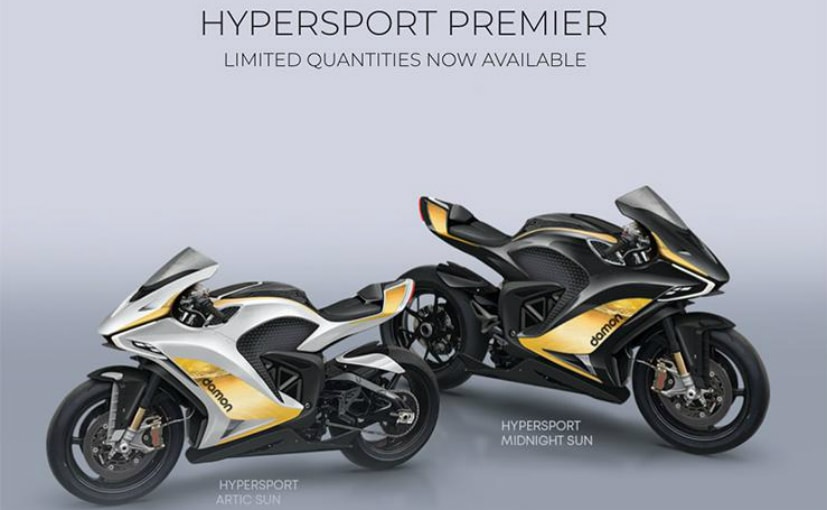 Canadian brand Damon Motorcycles has announced two of the company's newest versions of the Hypersport Premier electric superbike, the Arctic Sun and Midnight Sun. The two are limited edition versions of the Hypersport, considered as one of the fastest and most advanced electric superbikes available right now. Both the Arctic Sun and the Midnight Sun are available for pre-orders right now, and feature painted fairings, and gold leaf-like inserts, and will cost a bomb, around $40,000 (translating to ₹ 30 lakh) each. 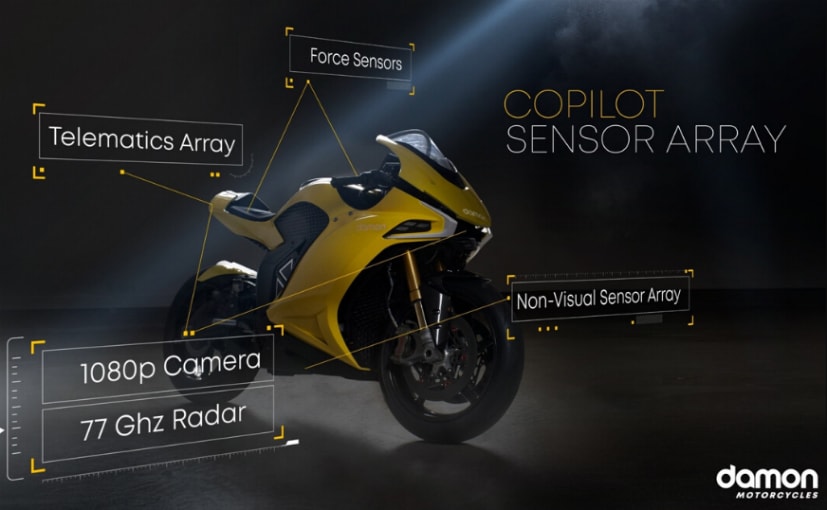 The two bikes have a claimed range of 320 km, with a top speed of over 300 kmph, with a claimed recharge time of up to 80 per cent in just 20 minutes. The Arctic Sun and Midnight Sun also feature advanced rider safety systems such as crash detection and vehicle avoidance warning powered by radar. According to reports, Damon is also working on a 360-degree radar warning system which will make its debut on a new motorcycle, to be called the Damon Halo.

The Damon Hypersport features high-end components, including Ohlins suspension and Brembo brakes. Power is derived from a 20 kWh liquid-cooled battery pack, and the Hypersport also has claimed acceleration figures of 0 to 100 kmph in under three seconds. The CoPilot system, which is essentially the advanced rider warning system, uses a platform created by telecom giant BlackBerry, combined with cameras and non-visual sensors to track the speed, direction and velocity of many objects at a time around the motorcycle. The signals sent by the sensors are then processed by onboard computers to anticipate threats of a collision or accident and warn the rider through LED warning lights, haptic alerts, or visually on a rear view mirror.