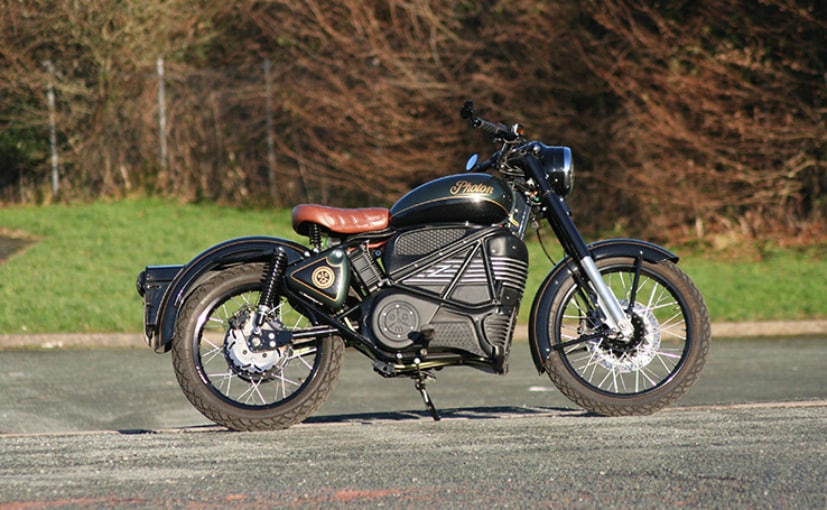 View Photos
The Royal Enfield Photon is built on a RE Classic 500, but with an electric powerplant

The Royal Enfield Photon is an electric motorcycle built around a Royal Enfield Classic 500, the main differentiator being that the internal combustion engine being swapped out for an electric powertrain. UK's Electric Classic Car, a company which specializes in converting classic cars to electric, decided to convert a modern classic motorcycle to electric, and the choice was a brand new Royal Enfield Classic 500. With a price tag of GBP 20,000 (over ₹ 19 lakh under current exchange rates), the RE Photon is not for everyone though. 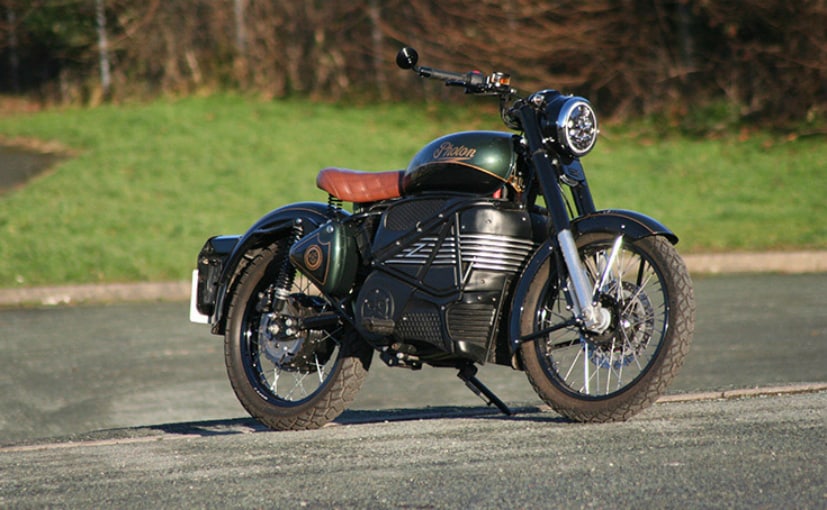 The Photon uses a Royal Enfield Classic 500 as a base, with the engine replaced by an electric powerplant

The Photon uses a 10 kW electric motor, and has a top speed limited to around 110 kmph, and has no clutch or gears. The motor is rear wheel hub mounted, so there's no belt or final drive as well, and of course, there's no need for an exhaust. The hub motor though is water-cooled, with cooling provided by a radiator with twin fans in front of the battery box, which is a big black finned housing where the internal combustion engine would have been on the Classic 500. Four 2.5 kWh lithium-ion batteries by LG power the Photon, and offer a range of around 125-130 km on a full charge, when ridden at around 85 kmph. 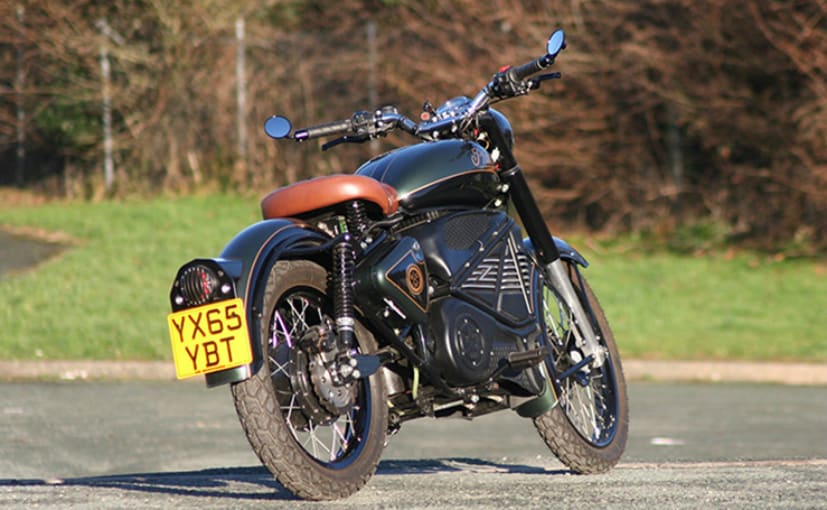 The RE Photon has a 7kw charger and Type 1 connector, so full re-charge at a fast charging public charge point in the UK takes about 90 minutes, and a full top up can be done as well, when required. The frame, suspension, and geometry all remain more or less unchanged from the standard Classic 500, but the Photon has a kerb weight of around 200 kg, which is slightly more than the Classic 500. With that price tag, the Photon is certainly not for everyone, and from what is being reported, Royal Enfield is keen on supplying more donor bikes, so an electric Continental GT may well be in the making as well.