Exclusive: Royal Enfield To Go Big On Mass Customisation Of Its Motorcycles

Royal Enfield has plans to go big on mass customisation of its motorcycles in the near future. Each motorcycle can be customised and made according to the needs of the customer, making each model unique and one of its kind. 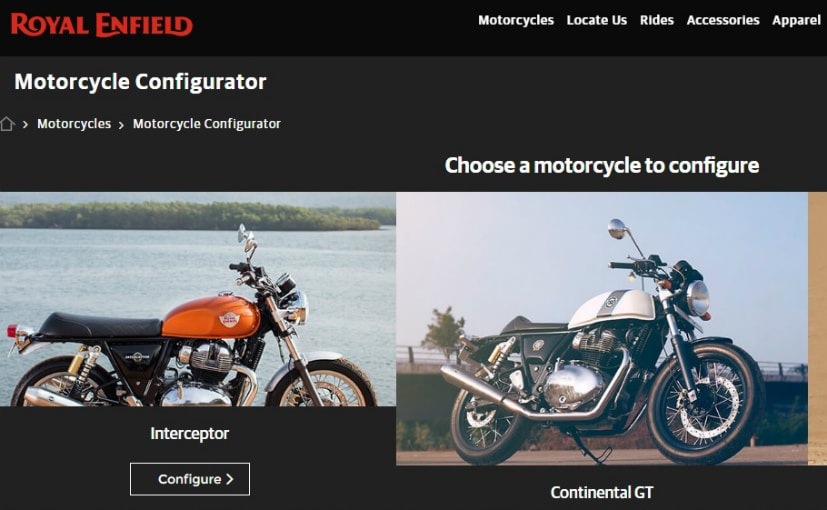 Dasari said, "because of the crisis (COVID-19), few things are going to change. Three things will change. One will be significant amount of digitisation in the buying process. We will have to figure out how to involve the buyer or the customer into the buying process, a differentiated buying experience. Because of people not wanting to share rides or shared mobility and all, they will want their own bike. When I go on to a traffic light, I want to have something different. A motorcycle is a display of a person's personality, so it has to have uniqueness and differentiation. So, how do we involve them in the design of a motorcycle? So we have revamped our entire business process from made to stock to made to order. So we want to move to a point completely where 100 per cent of our bikes will be mass customised. So you can then choose, whichever bike you want, with this kind of label, with that kind of colour, with this kind of accessory and that kind of apparel, all of this will be built in. So that significantly changes the entire buying process. The buying process becomes significantly different."

Vinod Dasari also confirmed that the next launch from Royal Enfield will be the Meteor 350. It will be a new motorcycle ground up and get a new and a much improved 350 cc engine which will get single overhead camshafts instead of the push rods on the current 350 cc UCE (unit combustion engine) motor. The new engine will be significantly smoother, offer better performance and will be cleaner as well.