The vehicle, named "Cruise Origin", was developed with Honda Motor Co Ltd, which took a minority stake in Cruise in 2018 in an effort to catch up with rivals in developing a technology with enormous costs and risk and no market-ready products.

General Motors Co's self-driving car unit, Cruise, on Tuesday unveiled a prototype electric vehicle with no steering wheel or pedals for use in its planned autonomous ride-sharing service. The vehicle, named "Cruise Origin", was developed with Honda Motor Co Ltd, which took a minority stake in Cruise in 2018 in an effort to catch up with rivals in developing a technology with enormous costs and risk and no market-ready products.

Cruise's Chief Executive Officer, Dan Ammann, said the boxy vehicle about the size of a large SUV with sliding doors on each side will be used for the company's own ride-hailing service, but did not say when the new competitor to Lyft Inc and Uber Technologies Inc would launch. 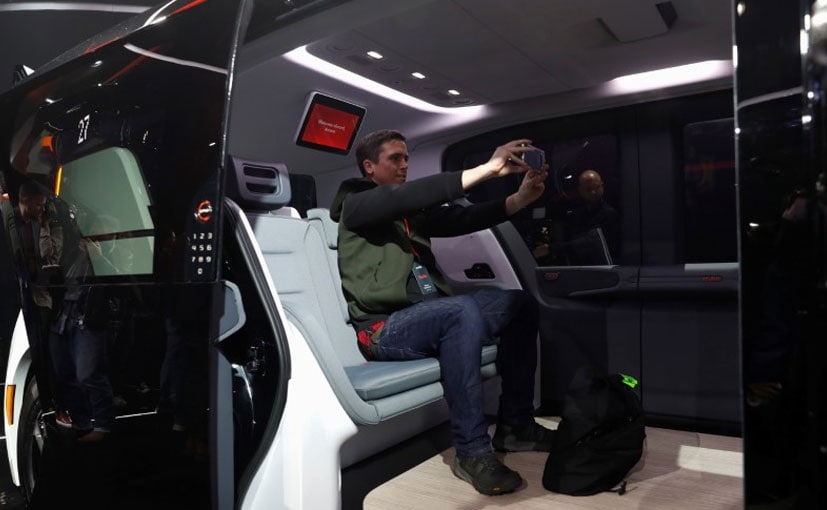 Cruise was valued at $19 billion in May. In July, it delayed plans to launch a commercial robo-taxi service by the end of 2019, and still does not have a permit from California regulators to test self-driving cars without a safety driver. Alphabet Inc's Waymo is the only company that has received permission to test without a driver.

While car makers across the world are racing to develop self-driving vehicles, the technology has yet to gain widespread consumer acceptance as recent accidents involving such vehicles raised doubts about its readiness for public roads.

"We're obviously still working on something that's never been done before. So the time lines given aren't completely certain, but we're moving really quickly," Ammann told reporters following the event.

Cruise operates a ride service for its employees in San Francisco that have self-driving cars with safety drivers behind the wheel. Most of Cruise's 180 test cars operate in the city, and Ammann said they could be used to start a commercial ride-sharing service before the driverless prototype vehicle is ready.

While Ammann said the Cruise Origin was a "fully engineered vehicle that's on its way to production," he said he was still talking to the National Highway Traffic Safety Administration for a waiver to be able to deploy vehicles without human controls on the roads.

He expects prototypes to be tested at private facilities this year and forecast the production cost of an Origin could be half that of a high-end electric sports-utility vehicle (SUV).

Details about where the prototype will be manufactured will come in the next few days, Ammann said.

Cruise is not the only company to propose using vehicles without human controls, and companies such as Navya and May Mobility have developed vehicles that can be used for ride sharing.