The 4 units of the Honda Forza 300 delivered in India were special order units and were BS4 models. However, Honda has received great response for the scooter and will be officially launching it in India in FY 2021. 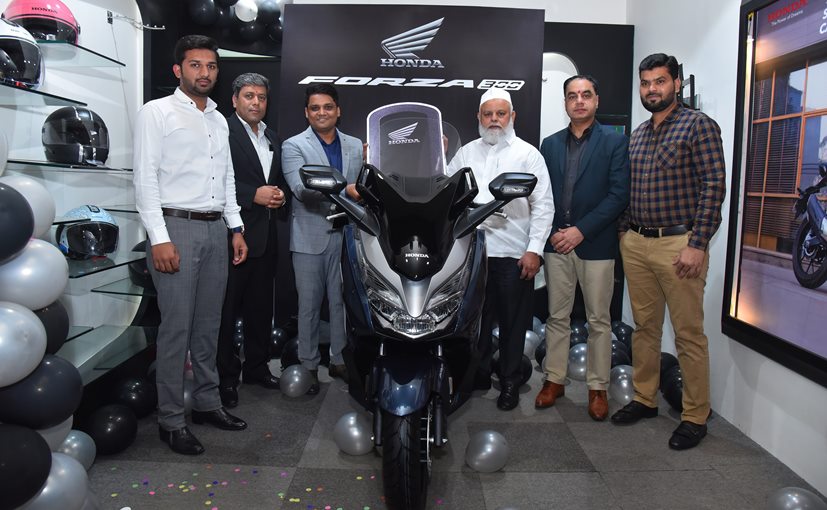 Honda Motorcycle and Scooter India (HMSI) has delivered the first lot of four Honda Forza 300 scooters, becoming the first company in the country to enter the mid-size premium scooter segment. Now, we do not have the price of the scooter yet because the models were special order units that were pre-booked by a few customers and these are BS4 models. However, Honda says that the Forza 300 (customer unit), which was on display at the Honda BigWing showroom, has garnered great response from customers, and the company has decided to officially launch the scooter in Financial Year 2021.

Announcing the details, Yadvinder Singh Guleria, Senior Vice President - Sales and Marketing, Honda Motorcycle & Scooter India said, "Encouraged by the excitement received from customers for Forza 300 displayed at Honda BigWing, Gurugram (which were pre-booked), Honda decided to introduce it in India. We are pleased to announce that we have delivered the first lot of 4 units to our customers. Moving forward, we will announce the Euro 5 compliant version in FY 2021." 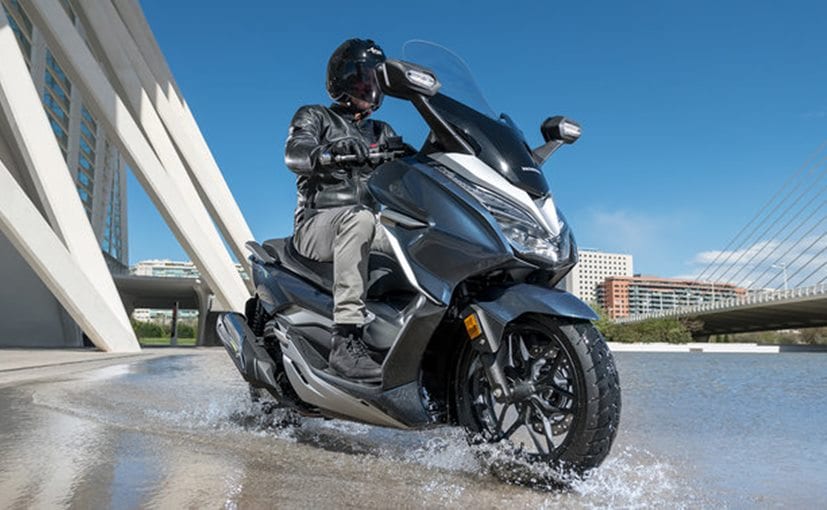 The Honda Forza 300 is the first Maxi Scooter offering from the Japanese two-wheeler manufacturer in India and it's powered by a 279cc, liquid-cooled engine. The fuel-injected SOHC motor is a four-valve four-stroke unit that is tuned to churn out 24.8 bhp at 7000 rpm and 27.2 Nm at 5,750 rpm. The Forza 300 comes with CVT automatic transmission with an automatic centrifugal clutch and a V-Belt. The Forza 300 also comes with Honda Selectable Torque Control (HSTC) which helps in regaining rear-wheel traction by detecting the difference between the front and rear wheel speeds, calculating the slip ratio and further controlling engine torque via the fuel injection.

Equipment-wise, the Forza 300 comes equipped with 33 mm telescopic forks and 7-step adjustable twin rear shock absorbers, and a single piece aluminium swingarm. The scooter comes with a 15-inch wheel at the front shod with a 120/70 section tyre and a 14-inch rear wheel with 140/70 section rubber. Braking duties are handled by a single 256 mm disc brake upfront and a 240 mm rear disc brake at the rear, equipped with dual-channel ABS. The Forza 300 also comes with a Smart Key, offering controls to the main ignition, the fuel lid and under-seat compartment.

Talking about the company's plan for the Honda Forza 300, Minoru Kato, President, CEO and MD, HMSI said, "With the introduction of Forza 300, we are proud to take the wave of scooterization to next level. It will not only establish Honda as the pioneer in the mid-size scooter segment but will also help us cater to a new dimension of customers, who seek luxury and the joy of riding."