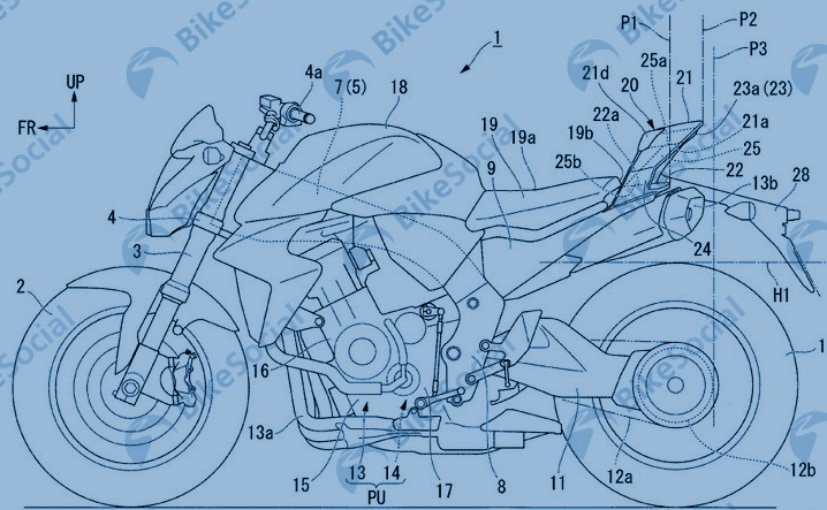 A new patent application from Honda reveals a newly designed single-seat tail unit that is designed to significantly reduce drag while adding downforce. The design reveals an idea that allows any air which reaches the tail to go through an opening in the bodywork behind the rider, but designed to offer more downforce. The new design seems to be a departure from recent modifications and designs by sporbike brands to the front fairing to improve aerodynamics, and now focuses on the tail section, as revealed by the patent drawings. The newly designed tail section does resemble the design of the tail section of the Ducati Panigale V4, but the patent application doesn't elaborate on how exactly the system works, instead just mentioning that it provides an aerodynamic advantage by allowing the air to pass through the rear cowl; at the same time, it reduces the wind resistance around the rear cowl and helps obtain downforce.

The patent designs also indicate that the new design is intended for a road bike, rather than a full blown race bike, despite the system being designed for a single-person seat. Of course, at this time, we can't be sure where and on what motorcycle Honda will apply the design, however, there seems to be a slim tail light running along the top edge of the tail and a licence plate carrier hanging underneath it. 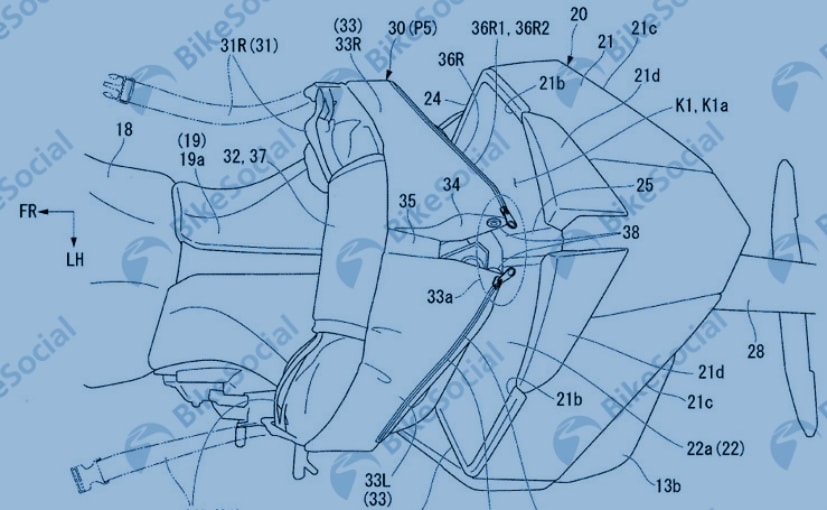 Also Read: Has Honda Patented An Air-Conditioning System For Motorcycles?

A patent design as such, is no guarantee that it will see production anytime soon. However, Honda's design also seems to incorporate a small storage bag which will fit into the airflow hole in the tail section. But using that bag will make the aerodynamic properties of the tail unit to not function. The takeaway apparently is that since Honda is designing luggage to suit its aerodynamic tail unit, it may suggest that the design may be incorporated in a production model after all, and sooner rather than later.