New patent drawings show that Honda may be looking to use a different suspension system, called the Hossack suspension on multiple bikes. 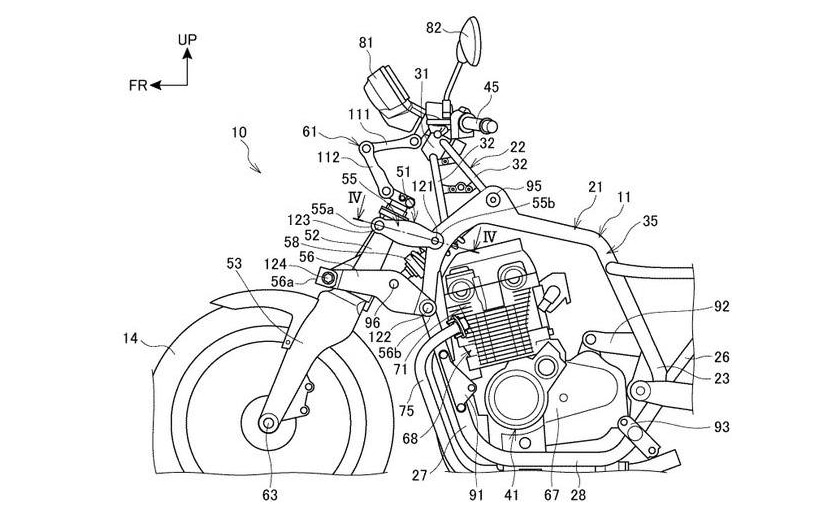 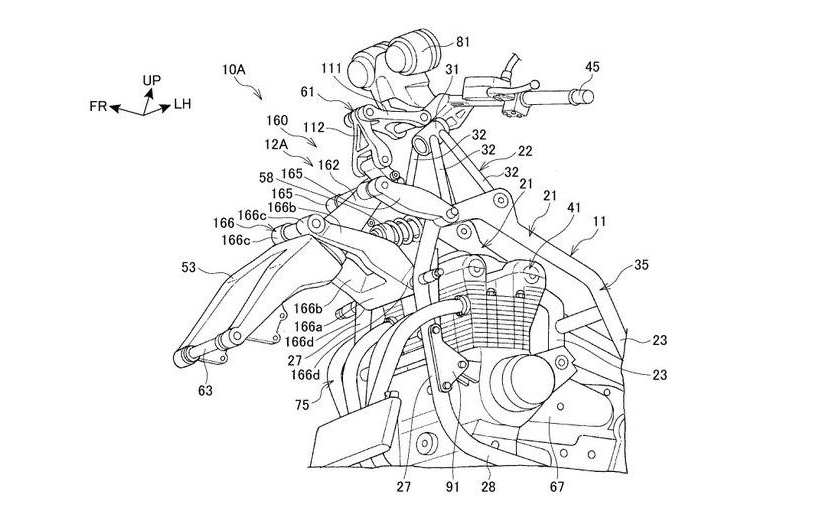 Latest patent documents from both Japan and the US show variations of the Gold Wing's front suspension fitted to two entirely different kind of bikes. In one image, the bike seems to be a Honda CB1100 with the same frame, although with a new headstock arrangement that allows the innovative suspension system to be used. The other patent image shows the new arrangement used on a Honda C125 Super Cub. 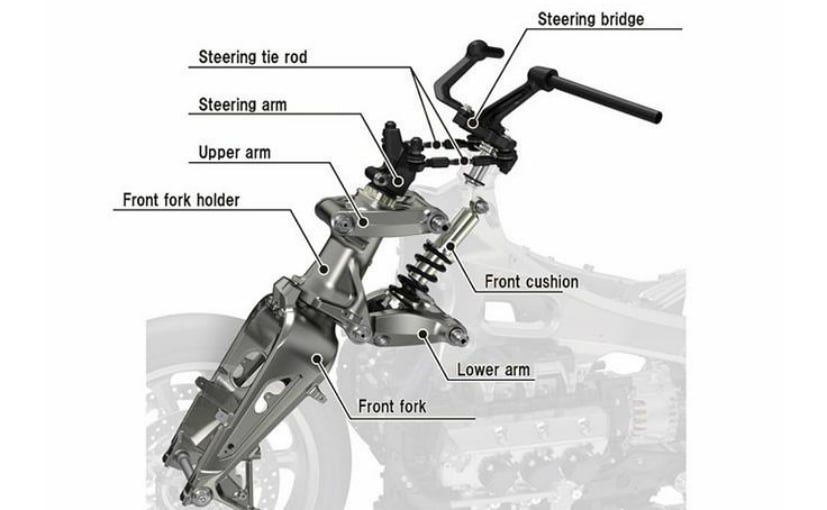 While the Hossack suspension is believed to offer a superb ride, the advantage is that it's not aesthetically pleasing to look at, combined with the multiple linkages in the front suspension. The advantages of the system is also the ability to retain a consistent wheelbase throughout the front suspension travel and to reduce the strain on the chassis, in turn presumably allowing it to be lighter, and with a lower centre of gravity compared to a conventional design. The Hossack suspension also allows for more freedom for geometry that will reduce suspension dive, compared to conventional telescopic forks.

The patent drawings don't really mean that Honda is about to launch the new Hossack-type suspension in the CB1100 or the C125 Super Cub. What it does imply is that Honda's engineers are working on possibilities to explore using the system on other bikes. It may still be a few years away from development to introduce on a full scale production model, nevertheless Honda R&D may be looking towards the possibility that this suspension system may have a wider implementation in more models than just on the Gold Wing.