The Hyundai Aura is essentially the new-gen avatar of the Xcent and it is offered in 5 key variants, and 6 colours.The Aura is priced from Rs. 5.80 lakh to Rs. 9.22 lakh. 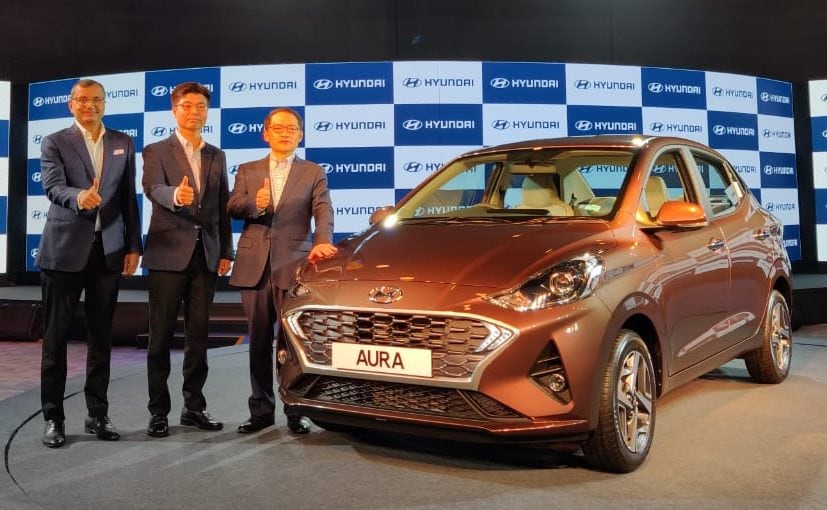 Hyundai Aura, the all-new subcompact sedan from the South Korean carmaker has been launched in India, priced at ₹ 5.80 Lakh to 9.22 lakh (ex-showroom, India). Based on the Hyundai Grand i10 Nios, the new Aura is essentially the new-gen model avatar of the Hyundai Xcent. The Hyundai Aura will co-exist with the Xcent similar to the Grand i10 Nios and the old-gen Grand i10, and the car will be offered in five key variants, offered in six colour options. The Aura competes with the likes of the Maruti Suzuki Dzire and even the Honda Amaze.

Under the hood, the Hyundai Aura comes with the option of two petrol and one diesel engine, and all are BS6 compliant. The 1.2-litre naturally aspirated petrol engine tuned to pump out 82 bhp and 114 Nm of torque along with the 1.2-litre diesel engine offering 74 bhp and 190 Nm of peak torque. Both come paired to a 5-speed manual and an optional AMT transmission. Hyundai is also offering the 1-litre GDI turbo-petrol engine that powers the Venue, which churns out 99 bhp and 172 Nm of torque, and it only has a 5-speed manual gearbox on offer. 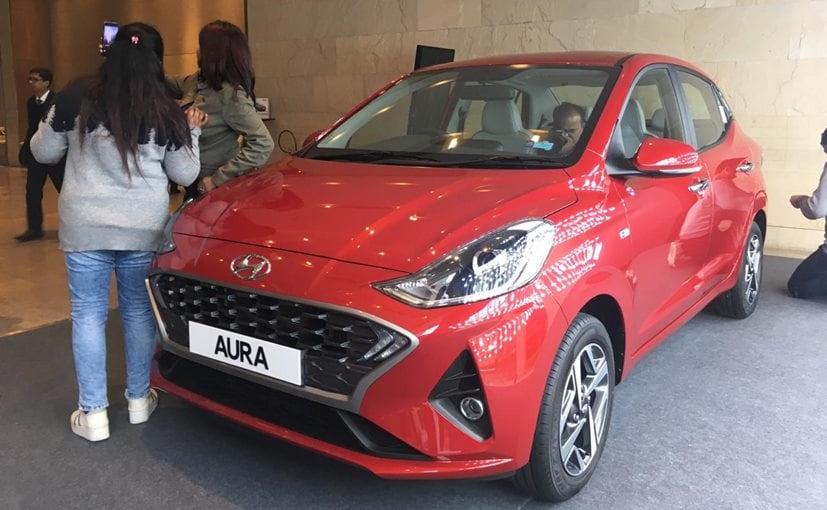 Visually, the Hyundai Aura borrows the is styling cues from the Grand i10 Nios, with some distinctive elements. Upfront, you have the signatures cascading grille, with twin boomerang-shaped LED DRLs, which extends into the airdam creating an hour-glass design. The headlamps look sharper and have projector lights on offer, and there are arrowhead-shaped housings on each end with round foglamps with chrome bezels. From the sides, the car gets a coupe-like roofline and a set of diamond-cut alloy wheels. The rear too sees significant changes with the boot lid now getting a sculpted look and the cool looking wrap-around tail lamps with the 3D outer lens add to the overall design of the car. The Hyundai Aura is 3,995mm long, stands 1,680 mm wide and 1,520 mm tall. It has a wheelbase of 2450 mm and boot space stands at 402 litres. The overall car has been designed to make it more aerodynamic. 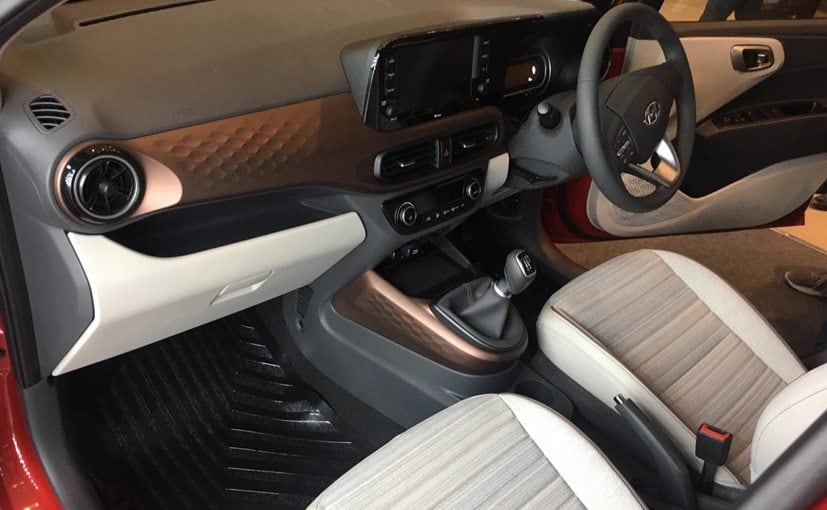 Inside, the car gets a cabin identical to the Grand i10 Nios, with a similar light-themed dashboard and a touchscreen infotainment system featuring Apple CarPlay and Android Auto. Other features include push-button engine start-stop function, Automatic climate control, premium fit-and-finish, among others. The safety features include dual airbags, with ABS and EBD, along with seatbelt reminder and ISOFIX child seat mounts as standard. The car also gets rear parking camera with sensors, keyless entry, high-speed alert, speed sensing door lock and impact sensing door unlock function among others.