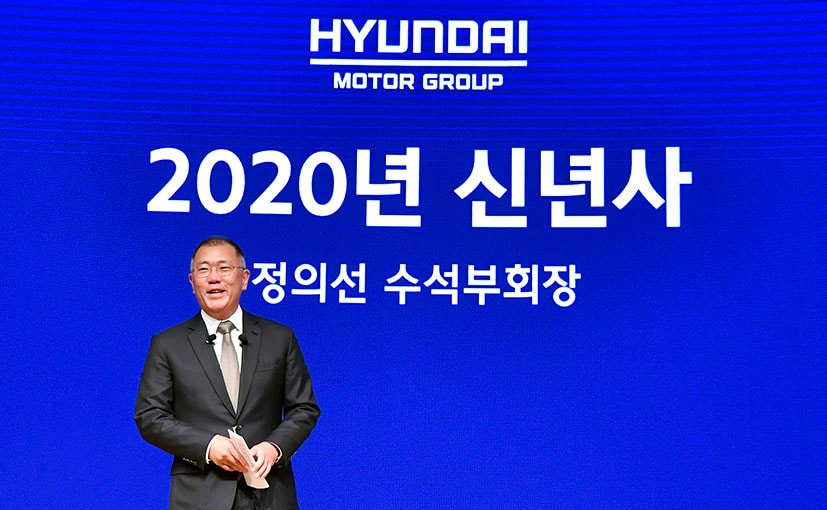 Hyundai Motor Group plans to go big in the electric vehicle segment and has revealed its product strategy until 2025 that will include 44 electrified vehicles. The expansive product line-up will include both electric and hybrid vehicles, and the company plans to invest about 100 trillion Korean Won over the next five years in the process, which will be bifurcated to 20 trillion Korean Won every year. The new product announcement was made by Euisun Chung, Executive Vice Chairman (EVC), Hyundai Motor Group at the company's 2020 New Year ceremony held at its headquarters in Seoul, South Korea.

In his speech, EVC Chung, said, "To consolidate our leadership in vehicle electrification, we plan to operate 44 electrified models by 2025, including 11 dedicated BEV models, by bolstering the development of EV platforms and core components."

In the future, the automaker plans to supply fuel-cell systems to the transport sector that will cover vehicles, vessels, railcars and forklifts. It also plans to address the power-generation sector covering electricity production and storage, thereby delivering about 200,000 fuel-cell systems annually around the world by 2030. The Group will simultaneously establish a 500,000 units-per-year capacity for FCEV production in Korea.

Hyundai is also developing an autonomous driving platform that will be ready by 2022, and the company will operate autonomous vehicles in select regions in 2023. It will lead to commercial productions by the second half of 2024. The Group aims to accelerate the development of the autonomous driving software technology and commercialise self-driving vehicles with SAE Level 4 and Level 5 technology in the near future to lead the industry.

"In the autonomous driving industry which is the core of future vehicles development, we will attain the world's top safety and technological innovation competitiveness through our U.S.-based venture to be jointly established with Aptiv, targeting the commercialization of the technology in 2023," said Chung.

The EVC also said the Group will develop new technologies and businesses such as robotics, UAM based on PAVs and smart city development alongside automobile-based innovations.

Hyundai Group will be adding more hybrid and plug-in hybrid models to its line-up this year including the Kia Sorento, Hyundai Tucson and the Santa Fe. The automaker also signed an agreement with Cummins Inc., to develop and commercialise electric and fuel-cell powertrain, battery and control technologies. The automaker will start exporting the fuel-cell system to Cummins and enter the US this year, followed by Europe.