The Kia Sonet test mule spotted in Korea appears to be the top-spec variant of the Sonet, and the photo also confirms that the sub-4 metre SUV will not get disc brakes at the rear. 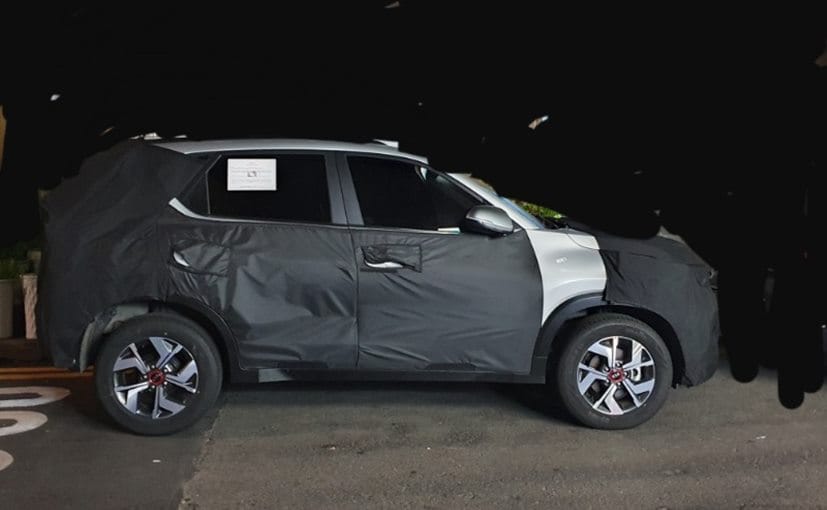 A spy photo of the India-bound Kia Sonet subcompact SUV caught testing in South Korea has surfaced online. Based on the sporty alloy wheels, this particular model appears to be the top-spec variant of the Sonet, and the photo also confirms that the sub-4 metre SUV will not get disc brakes at the rear. However, that is not really a deal-breaker because except for the Mahindra XUV300, none of the other SUVs in this segment offer all four disc brakes, even as an option.

The Kia Sonet was showcased earlier this year at the 2020 Auto Expo, in its near-production concept avatar, where the company also announced that the SUV will be launched in India later this year. Visually, the Sonet is expected to look like a baby Seltos, borrowing some of its styling cues like the wheel arch cladding, side cladding with red accents, and sporty dual-tone alloy wheels, among others. While we do not get to see them in these photos, based on the concept car, the Sonet will also come with Kia's signature Tiger-Nose grille, sleek LED headlights with LED daytime running lamps, and an overall sculpted body with sharp character lines among more.

The Kia Sonet concept was showcased at the 2020 Auto Expo, and it's slated to be launched this year

The Kia Sonet is also expected to come with dual-tone roof and at the rear, the Kia Sonet will come with a distinctive looking C-pillar that extends onto the rear spoiler, wraparound LED taillamps and beefy rear bumper with heavy cladding. In terms of features, the upcoming Kia Sonet will get features like - a touchscreen infotainment system with Apple CarPlay and Android Auto, auto climate control, electric sunroof, wireless charger, push-button start-stop as well as UVO Connected Tech.

Under the hood, the India-spec Kia Sonet will share its engine options with the Hyundai Venue, featuring 1.2-litre petrol, a 1.5-litre diesel and a 1.0-litre GDi turbo petrol engine on offer. Transmission options will include a 6-speed manual and a DCT automatic too, which will send power to the front wheels.