This Royal Enfield Interceptor 650 has witnessed extensive modifications to achieve a top speed of 183 kmph and 0-100 kmph acceleration time of just five seconds. 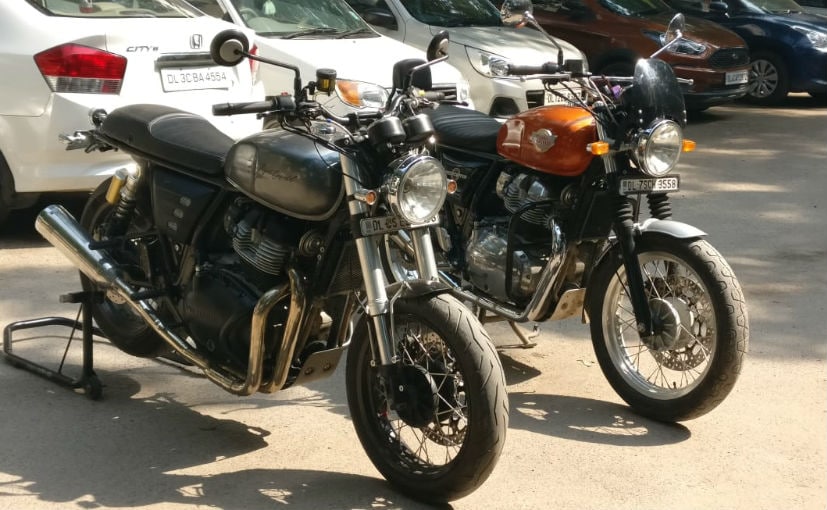 Royal Enfield's new flagship motorcycles - the 650 Twins - have been getting all the right attention. The bikes are modern enough to keep up with the fast-changing times while the retro quotient is just right to keep the purists happy. Much like all Royal Enfield motorcycles, the Interceptor 650 and the Continental GT 650 are friendly to work on your and make numerous modifications, thanks to the simple architecture. Well, that's what Delhi-based RE Interceptor 650 owner, Abhinav Bhatt did with his prized motorcycle. Not only does the bike get an extensive list of modifications, but it also holds the title of being the fastest Interceptor in the country with 0-100 kmph coming up in just five seconds.

Now, we've documented Abhinav's Royal Enfield Interceptor 650 before when he had upgraded the front suspension. This time around, the bike has witnessed a plethora of changes and upgrades. For starters, the 'Project Interceptor' as he likes to call it, has received USD forks from the Bajaj Dominar that helps maintain stability at high speeds. The bike has also been upgraded with new spoked aluminium wheels imported from Taiwan that are shod with 120/70 section 18-inch front and 160/60 17-inch rear Pirelli Diablo Rosso II tyres.

The Project Interceptor also gets a DNA air filter with stage 2 plate and a Powertronic piggyback ECU with a custom map. There's the lighter SS Moto two-into-one stainless steel exhaust as well. Lastly, it gets a custom 15 tooth front sprocket instead of stock 16 tooth. The motorcycle is about 20 kilos lighter than the stock version, according to Bhatt and the changes have helped churn out about 6.7 bhp more than the stock bike. The bike has been built at Speed Monks performance centre, a modifications company based in Delhi.

The bulk of changes have helped the Project Interceptor achieve 0-100 kmph in five seconds, with the bike taking 10.4 seconds to reach speeds up to 140 kmph and 15.8 seconds to hit 160 kmph. The top speed is said to be around 183 kmph taking nearly 30 seconds, according to Bhatt.

This Interceptor 650 certainly has our attention and it is great to see owners, Abhinav and many others out there customising their rides in every way possible. That's what makes motorcycles so personal in the first place.