More than 1,500 stations nationwide are expected to work in the coming days under the new system, which includes monthly quotas for vehicles and motorcycles, automated sales and monitoring equipment. 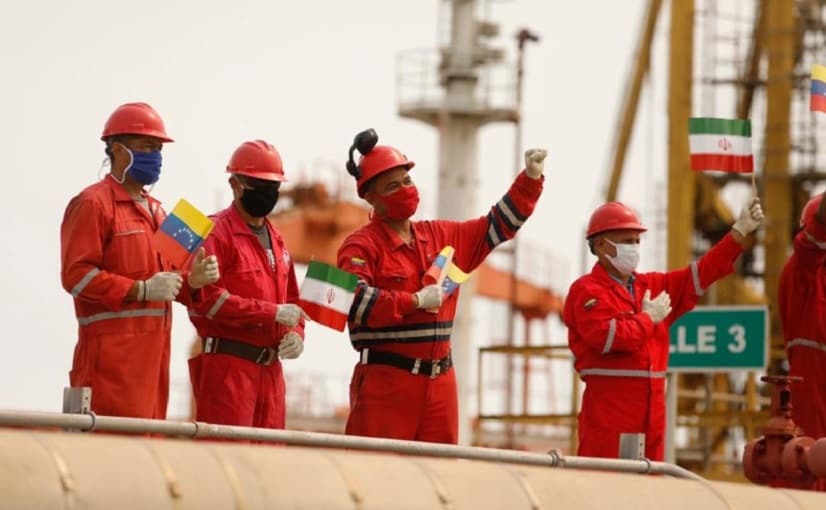 View Photos
More than 1,500 stations nationwide are expected to work in the coming days under the new system

Fuel shipped from Iran began arriving at Venezuela's gasoline stations on Saturday, just hours before President Nicolas Maduro announced higher prices at the pump that are set to end more than two decades of almost-free gasoline. As authorities in the country with the world's cheapest gasoline got ready to expand retail sales under a system combining subsidies and international prices, the fifth cargo of an Iranian flotilla approached the Caribbean Sea and is expected to reach Venezuelan waters on Sunday, according to Refinitiv Eikon.

Of 1,800 stations in Venezuela, about 240 have remained working since Maduro announced coronavirus-related lockdown measures in March, which included restrictions on fuel sales due to very low inventories.

More than 1,500 stations nationwide are expected to work in the coming days under the new system, which includes monthly quotas for vehicles and motorcycles, automated sales and monitoring equipment. Despite the price increases, it will cost about $1 to fill a whole tank of a vehicle under the subsidy.

After reaching the quotas, drivers will have to pay internationally indexed prices. The remaining 200 stations will be supplied by independent companies, so drivers buying at those sites will be charged $0.50 per liter of gasoline and will have to pay in foreign currency.

Lines of drivers began forming at stations on Saturday in cities including Maracay, Valencia and Caracas in anticipation of the gasoline distribution. Gasoline has been heavily subsidized in Venezuela, which coupled with hyperinflation in recent years has made it almost free, but acute scarcity has recently encouraged a black market that has forced people to pay at least $2 per liter.

Venezuela's refineries, which can produce more than 1.3 million barrels per day (bpd) of fuel, have worked at less than 20% of their capacity in 2020 mainly due to power outages and lack of spare parts. As U.S. sanctions imposed on Venezuelan state oil company PDVSA have also limited the sources and types of products Venezuela can import, Maduro's socialist administration this year turned to Iran for refining parts and fuel. The supply has been criticized by the United States as both nations are under sanctions.

"Venezuela has the right to buy in the world whatever it wants to buy," Maduro said. "Fortunately, Venezuela has more friends than what people can imagine."

Washington has warned governments, seaports, shipping firms and insurers that they could face sanctions if they aid the Iranian supply, U.S. special envoy for Venezuela, Elliott Abrams, said on Friday. Venezuela's Foreign Minister Jorge Arreaza, said his government will use Abrams' comments as proof in an international case against sanctions.