The 2019 winner - Jaguar I-Pace extended a cordial and warm greeting to the Kia Telluride within minutes of its win being announced. The running title holder handed the mantle over to the newbie with much grace and humility. 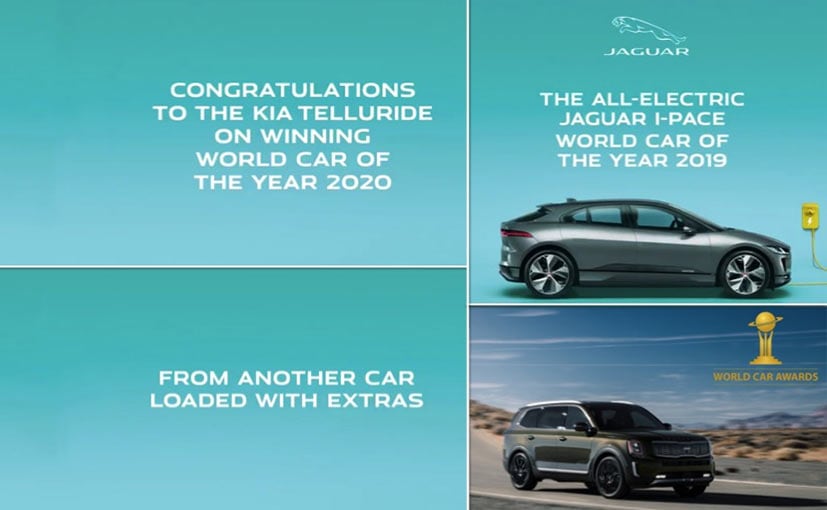 View Photos
Grabs from the video Jaguar posted congratulating Kia on its World Car win for the Telluride.

As soon as we at World Car announced that the Kia Telluride has won the title of the World Car of the Year for 2020, there was a massive outpouring of reactions on the Internet. That is to be expected - given the stature and importance of the award. But in a show of great humility, solidarity and sportsmanship, there was one that particularly caught my eye. Mere minutes after we announced the Kia Telluride as the winner, there was a social media post made by the official handle of Jaguar. The JLR brand posted a short video saying, "Congratulations to the Kia Telluride on winning World Car of the Year 2020, from another car loaded with extras. The all-electric Jaguar I-Pace - World Car of the Year 2019. The film features a picture of the I-Pace plugged in to a charging socket, and ends with a hashtag saying 'keep it parked'. That last bit is in accordance with the smart thing to do during the coronavirus lockdown, of staying home. 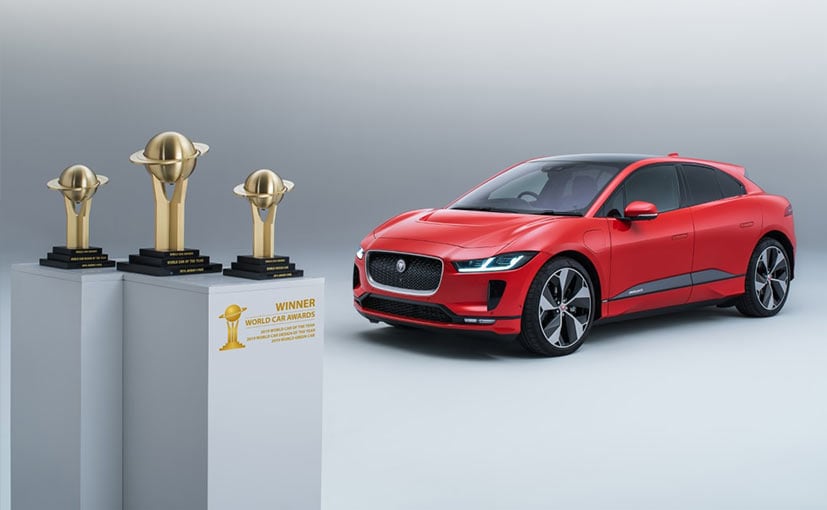 The Jaguar I-Pace had achieved a historic treble at the 2019 World Car Awards with three wins.

The Jaguar I-Pace had made history when it won last year, as it is also the only car to win two other titles at the annual World Car Awards in the same year. It had not only won World Car of the Year 2019, but had also bagged the World Green Car and World Car Design titles. It was JLR's second World Car win, with the Jaguar F-Pace having won the award in 2017. It had also won for Design - a category JLR has dominated - with wins in the past for the first Range Rover Evoque in 2012, and then three back-to-back wins for the F-Pace, Range Rover Velar, and the I-Pace from 2017 to 2019. This year the second generation Evoque failed to make it to the final 5 in Design. 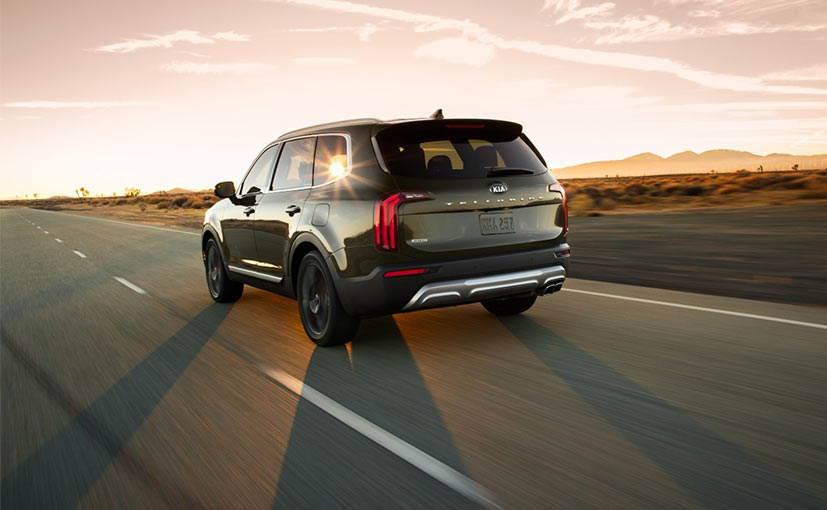 The Kia Telluride has been crowned the 2020 World Car of the Year, the fourth SUV in a row to win the title.

The Kia Telluride has also made history. Not only was it the first Korean car ever to make it into the shortlist of the Final Three for the prestigious award of World Car of the Year - but it also went on to win. It means that an SUV has won the title every year since 2017. That makes it the first Korean brand car to win the title. Interestingly, and technically it is not the first Korean car to win at the World Car Awards though. Just minutes before it was announced the grand winner, its sibling Kia Soul EV had been anointed 2020 World Urban Car of the Year! Yes the little EV or electric vehicle had beaten out stiff competition from another EV - the MINI Cooper Electric SE, and the formidable and well-built Volkswagen T-Cross - to win the Urban category. 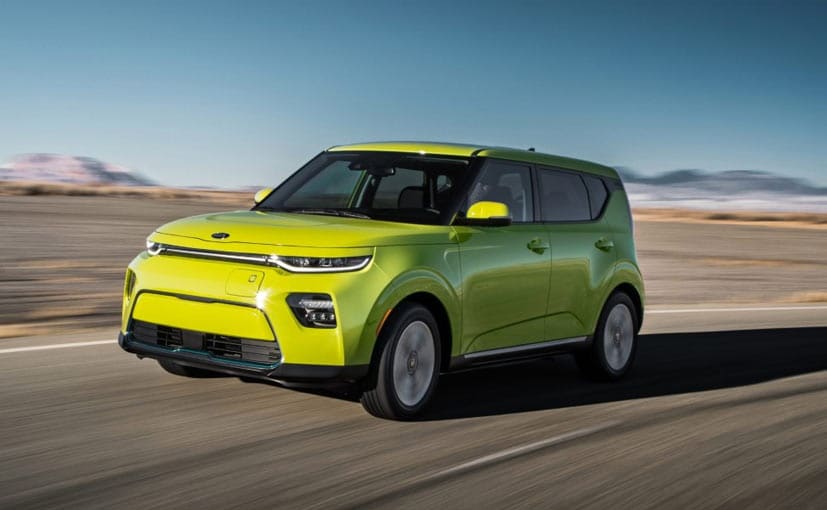 The Kia Soul EV has won 2020 World Urban Car of the Year, becoming the first Korean car to win this category.

You might also be interested to know that the non-EV or ICE version of the Soul had made the top-three finalists last year in the same category, and lost by a heart-breaking 2 points (695 to 697) to the Suzuki Jimny. While that had given Suzuki its first ever win at the WCOTY, the Soul had given Kia's first Top Three in the World too. The hydrogen powered Hyundai Nexo had been the other Korean to make a Top Three for the first time in the Green category. But the Telluride and the Soul EV have done even better much by actually winning the 2020 titles of course.