Latest patent images reveal what could be Kawasaki's project on a three-wheeled motorcycle, but it's a little different than the leaning three-wheeled Yamaha Niken. 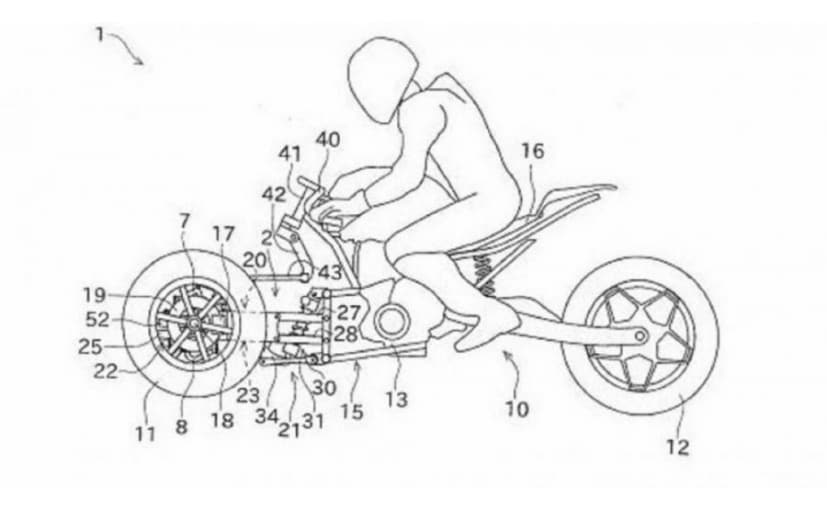 Kawasaki's latest patent images show what could be the Japanese brand's development of a three-wheeled motorcycle. The latest development comes after the unique Yamaha Niken leaning three-wheeler, but Kawasaki's design is slightly different, and latest patent drawings reveal some important details about the mechanism of the three-wheeled motorcycle. The basic design of the Kawasaki patents is the same, with two front wheels and one rear wheel, but there is one significant difference than Yamaha's leaning front end three-wheeler, the Niken. 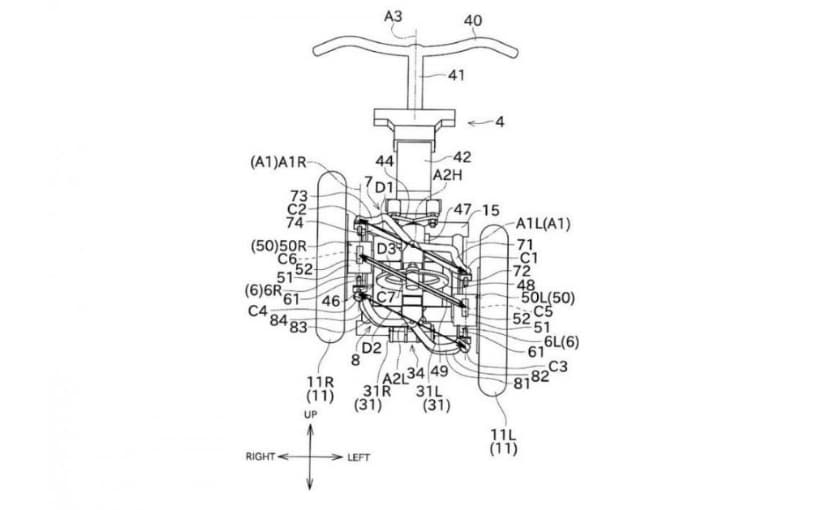