Last month, Mahindra started manufacturing face shields for medical service providers at its Kandivali facility. The company which began with the target of making 500 face shields said that it will soon ramp up production to help fight the coronavirus. Today, it announced beginning the assembly process of face shields at its Pithampur plant, in Madhya Pradesh. The company had sourced the design for the face shield from its partner Ford India, which is also separately making these personal protective devices at its Chennai and Sanand plants.

Sources in the know told carandbike that currently, the Pithampur plant has enough material to produce 5,000 face shields, however, depending on the requirement, Mahindra will ramp up production later. In fact, early this month Pawan Goenka, MD and CEO, Mahindra and Mahindra recently also announced that the first 50,000 face shields will be given free of cost across India. Additionally, Mahindra has also opened the kitchen of the Pithampur plant to provide food to help those in need during this crisis, and so far, the company has served over 1000 meal packets. It is part of the company's larger initiative to server meals and ration packets to local communities and migrant workers across several locations in India. In fact, the company has already opened its kitchens across 10 different locations in India. 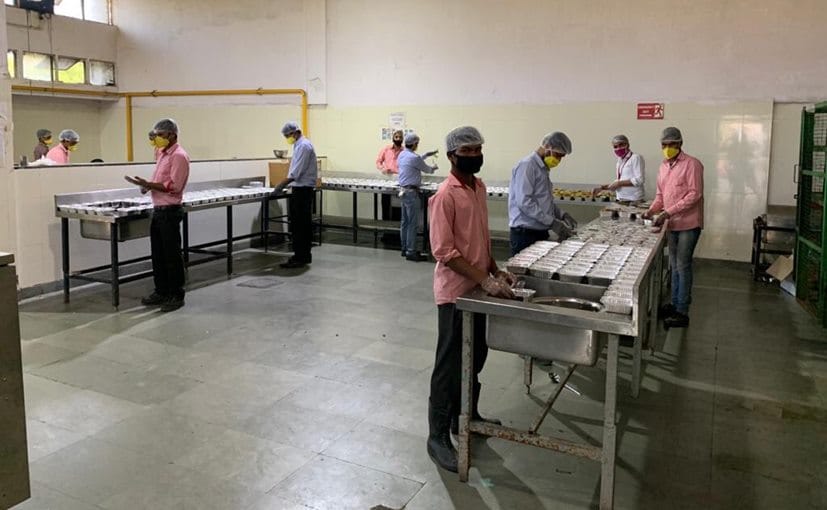 Mahindra has also opened the kitchen of the Pithampur plant to provide over 1,000 meal packets

Simultaneously, Mahindra is also working on making ventilators to help coronavirus patients and has already started testing its in-house respiratory device. Additionally, Mahindra is also helping a Mumbai based start-up that makes sanitary napkins to make 3-ply masks and has set up a manufacturing line inside Mahindra's Kandivali plant in Mumbai. It has confirmed that within ten days, the production will be ramped to make 10,000 masks per day.