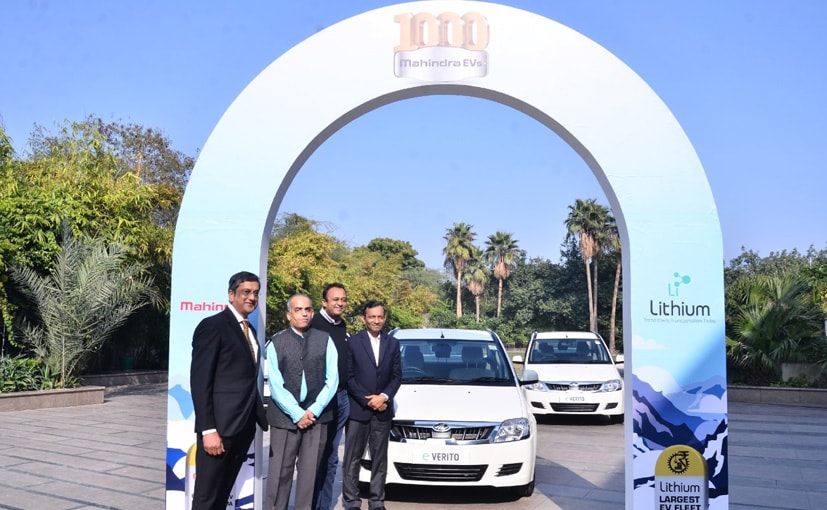 Mahindra was the pioneer in the electric mobility space in India and that happened way before electric vehicles gained prominence in the scheme of things. Mahindra electric vehicles which were supplied to Lithium Urban Technologies Fleet have clocked over 100 million kilometres. The company has also supplied another batch of 1000 e-Veritos to Lithium Urban Technologies Fleet that cater to the employee commute and transport segment in corporates.

Speaking on the occasion, Dr. Pawan Goenka, Managing Director, Mahindra & Mahindra said: "Our partnership is aimed at increasing the large-scale adoption of EVs and bringing a positive change in consumers' daily commute. Going forward, Mahindra's expanding portfolio of EVs in both 3 and 4 wheelers across multiple price points will transform the way India travels."

So far over 500 Mahindra electric fleets with Lithium Urban Technologies have clocked over 1 lakh kms each and over 75 fleets which were supplied initially have clocked over 2 lakh kilometres each. Dr. Goenka also announced that Mahindra will be maintaining its focus on shared mobility in the EV space and will continue to make its vehicles more affordable. The eKUV300 which will be launched in the first quarter of FY2021 will also be priced under ₹ 9 lakh and will be supplied to fleet operators like Lithium among others. The vehicle will be also made available to individuals. However, Mahindra has a dedicated plan in place for the personal mobility segment starting with the eXUV300 which will be launched in calendar year 2021 and will have a range of around 400 km. The company also wants to get the charging infrastructure in place before it moves to the personal mobility segment in full force.