Having commenced operations in 1981, Mahindra's Nasik plant produces a host of vehicles including the Scorpio, Bolero, e-Verito, Marazzo, XUV300 and the Thar. 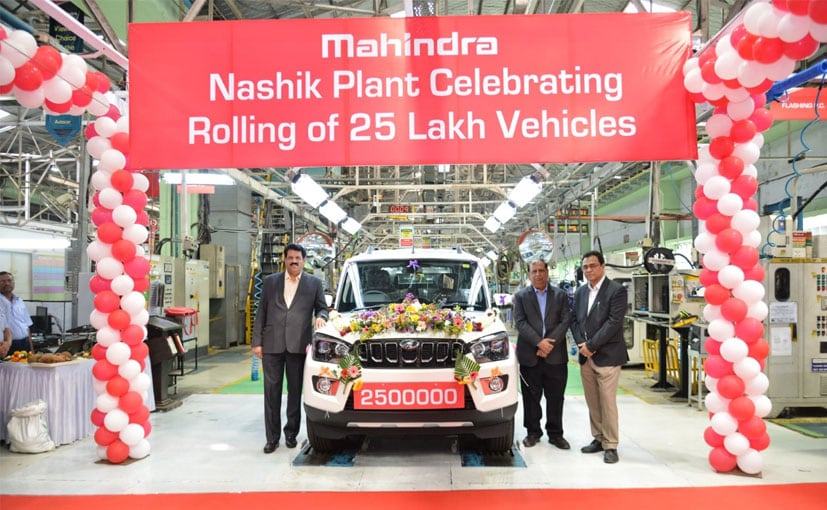 Mahindra & Mahindra has achieved a new milestone with the company rolling out its 25th vehicle from the Nasik manufacturing plant. The 25th lakh vehicle to roll out was the Mahindra Scorpio SUV that continues to be one of the more popular offerings from the automaker. The milestone arrives in 39 years since the plant became operational in 1981. The facility has a production capacity of 210,000 vehicles per annum and is spread over 147 acres. The plant not only caters to the domestic demand but the export requirements as well.

Speaking about the milestone, Vijay Kalra, Chief of Manufacturing, Automotive Division, Mahindra & Mahindra said, "This achievement is a significant moment for us in our automotive journey and bears testimony to the relentless effort put in by each member of the Nasik plant. The plant has constantly achieved manufacturing excellence and reflects the commitment and spirit of our Rise philosophy by accepting no limits. I am sure that this achievement will be a stepping stone to many more accolades for our Nasik plant in times to come".

Mahindra's Nasik facility first produced the FJ Mini Bus, way back in 1981 when it started operations and started with the production of eight vehicles per day. The automaker now produces about 700 vehicles per day on the assembly line that are exported to over 34 countries worldwide. The vehicle list produced at Nasik includes the Scorpio, Scorpio SC/DC, e-Verito, Bolero, Marazzo, XUV300, and the Thar.

The Nasik plant has also received a number of accolades including the Future Ready Factory award from IMEA, Excellence in TPM award by JIPM. MPCB: Vasundhara Award from the Chief Minister and more. Mahindra's Nasik division also runs a number of CSR programmes in the region.