Spy images of two AMG GT Black Series prototypes have surfaced online where one is seen doing rounds on the Nurburgring circuit while the other test car is being tested in the snow in norther Europe. 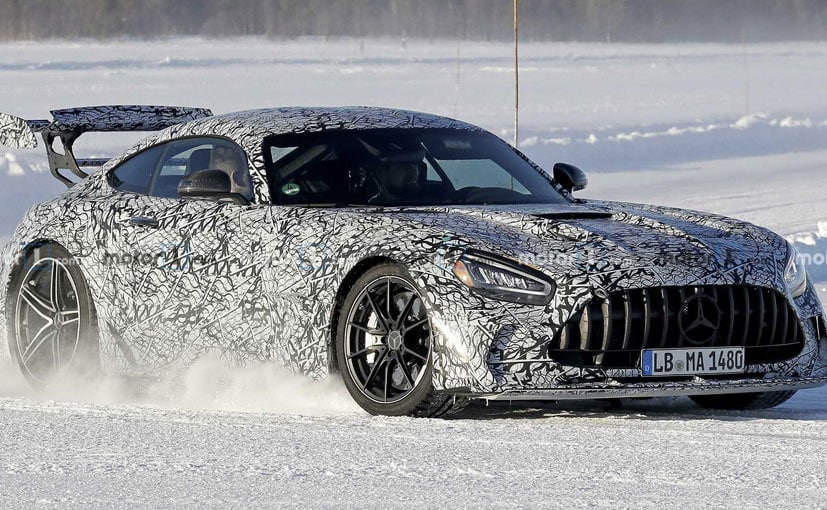 Mercedes-AMG is testing a slew of updated models which also includes the AMG GT Black Series. Spy images of two Mercedes-AMG GT Black Series prototypes have surfaced online where one is seen doing rounds on the Nurburgring circuit while the other test car is being tested in the snow in norther Europe. Though the cars are wearing heavy camouflages, there add on are quite apparent and hint that the upcoming model will look way more aggressive than the outgoing one. 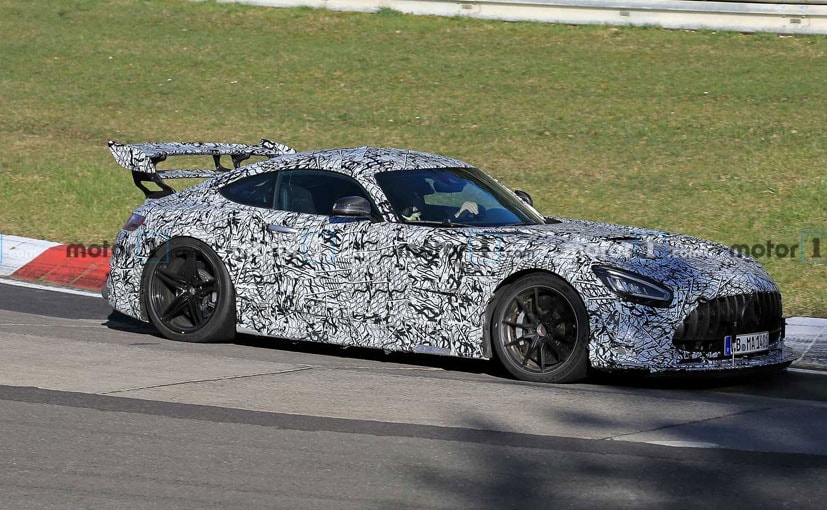 It gets a massive splitter at the front end along with at rear that incorporates the quad exhausts. The hood vent is flanked by sharp character lines and there is the huge and revised Panamerican grille upfront along with all LED headlamps. The most prominent addition at the rear is of the giant wing with an adjustable flap. However, there are certain differences between both prototypes. The one being tested on the track has a role cage inside the cabin while one being tested on the snow gets orange graphics in the headlamp assembly. 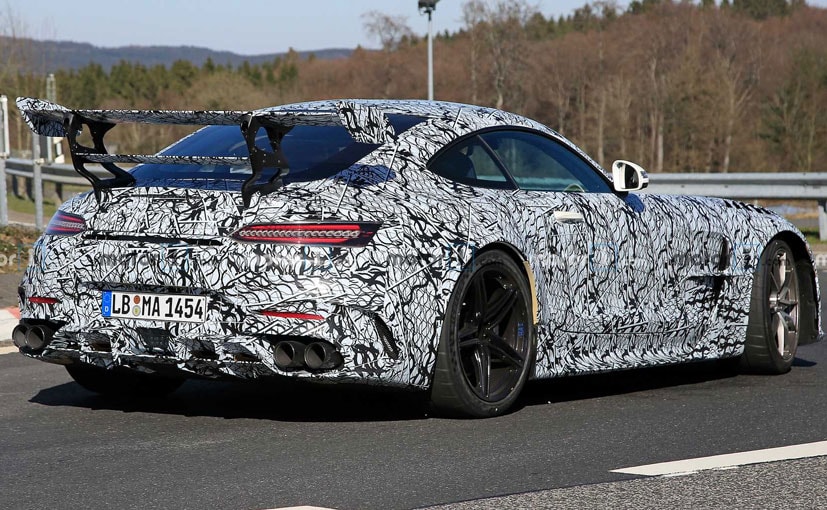 It gets a massive wing at the rear for better downforce.

The upcoming Black Series will get the same 4.0-litre V8 engine that will put out close to 700 bhp and 900 Nm of peak torque. Moreover, the Black Series updates chassis, brakes and suspension set up to enhance its performance and agility. The updated chassis will use more carbon fibre resulting into lesser weight.