MG Motor India had started accepting bookings for the ZS EV on December 21 last year and has received over 2800 pre-bookings before it was closed on January 17, 2020.

MG Motor India launched the ZS EV in the country recently and with prices starting from ₹ 20.88 lakh, the SUV was very accessible. The company has now announced that it delivered the first ZS EV to state-owned EESL. The vehicle will be used by key government officials. Saurabh Kumar, MD - EESL, said, "The future of mobility in India is electric and sustainable. It is heartening to see that private companies such as MG Motor India are taking strong measures to complement the government's EV vision." 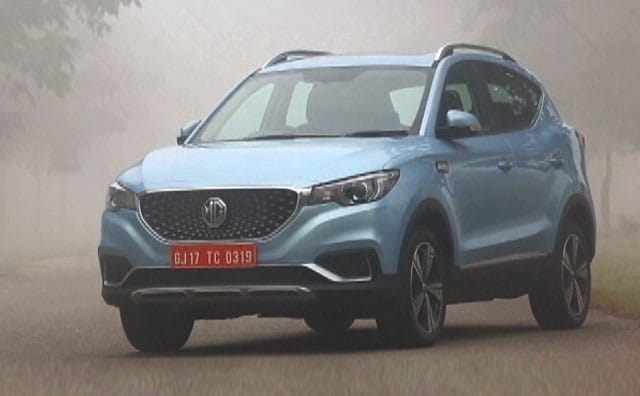 The company has already received 2800 bookings for the ZS EV

There is no clarity on whether EESL has placed on order with MG Motor India for the ZS EV. The MG ZS EV is the carmaker's second model in India after the Hector SUV and will assembled locally at the Halol plant in Gujarat, alongside the Hector. MG Motor India had started accepting bookings for the ZS EV on December 21 last year and has received over 2800 pre-bookings before it was closed on January 17, 2020. Initially, the ZS EV has been launched in five cities- Delhi, Mumbai, Ahmedabad, Bengaluru and Hyderabad and will make its way to other cities subsequently, as the charging infrastructure develops.

Gaurav Gupta, Chief Commercial Officer, MG Motor India, said, "The launch of the ZS EV aligns with the government's commitment to promoting clean technologies and green mobility in the country. We are confident that this sustainable value proposition will incentivise more consumers across India to go electric."