The new generation Audi A8L finally arrives in India with a host of new tech, cleaner engines and an expansive list of creature comfort features. 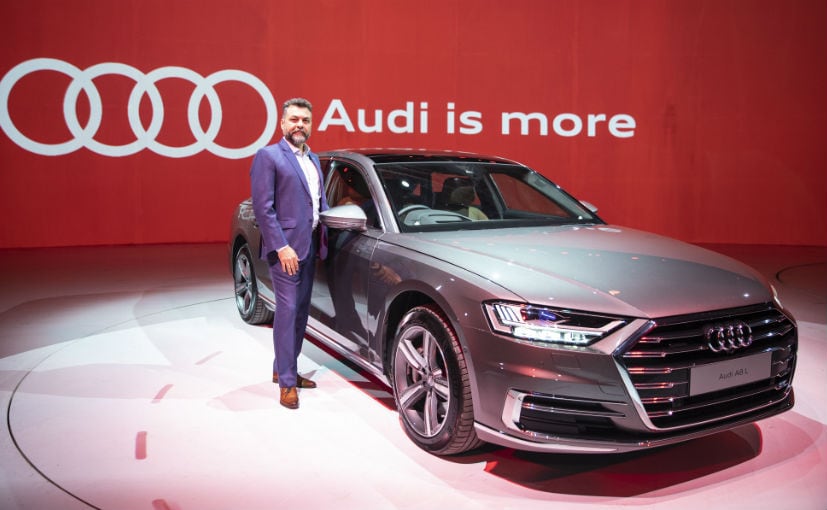 Audi India has launched the new generation A8L in the country priced at ₹ 1.56 crore, (ex-showroom). The bookings for the A8L officially started in August last year and Audi has also been testing the new-generation A8 in India for a while. The A8 will be offered in India only as a long-wheelbase model and will rival the likes of the Mercedes-Benz S-Class and the BMW 7 Series, as the brand's flagship sedan. Based on the Prologue concept, the carmaker showcased in 2016, the new Audi A8 comes with a bold and sporty design with flat roof dome, upright front end, a high shoulder line and a gently inclined rear. The exterior design is accentuated by a host of smart features like the single-frame chrome grille, HD Matrix LED headlights and bold taillamps with OLED technology.

The A8's cabin offers a range of smart and modern equipment that have kicked things a notch higher. The new A8 gets a new and improved infotainment system and Virtual Cockpit is now part of standard fitment. There are hardly any knobs or buttons for in-car controls and almost everything is accessed by the two screens placed on the centre console. As the car will be mainly a chauffeur-driven vehicle, the A8 L, in particular, gets the optional relaxation seat which features options for adjustment as well as a footrest, on the backrest, of the front passenger seat. In fact, it will also get a foot massage function for rear-seat passengers.

The Audi A8L will be available in India with a BS6 3.0-litre, six-cylinder, petrol engine coupled with an electric motor. It puts out 336 bhp and 500 Nm of peak torque and can pull the car to triple-digit speeds in 5.7 seconds.