Porsche took the wraps off the eighth-generation 911 Targa and it gets all the design and engine updates that the new 911 received. 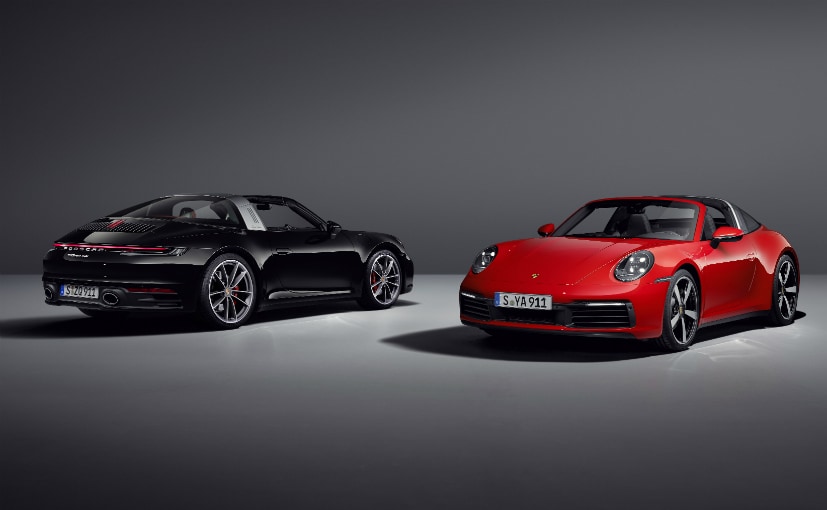 The new-generation Porsche 911 Targa is finally here! Well, by here, we mean to say, it has been revealed. The model comes almost a year after the eighth generation 911 was launched. This is the third body variant of the new 911 after the coupe and the cabriolet. The new 911 Targa will be offered in two variants, the Targa 4 and the Targa 4S. Apart from wearing the 911 badge, the biggest USP of the Targa is the iconic automatic hard-top roof system, which is a throwback to the original Targa from 1965. The hard-top is tucked behind the rear seats of the sportscar, which results in the iconic central roll-over bar behind the B-pillar being fully revealed. The roof can be opened and closed in just 19 seconds. 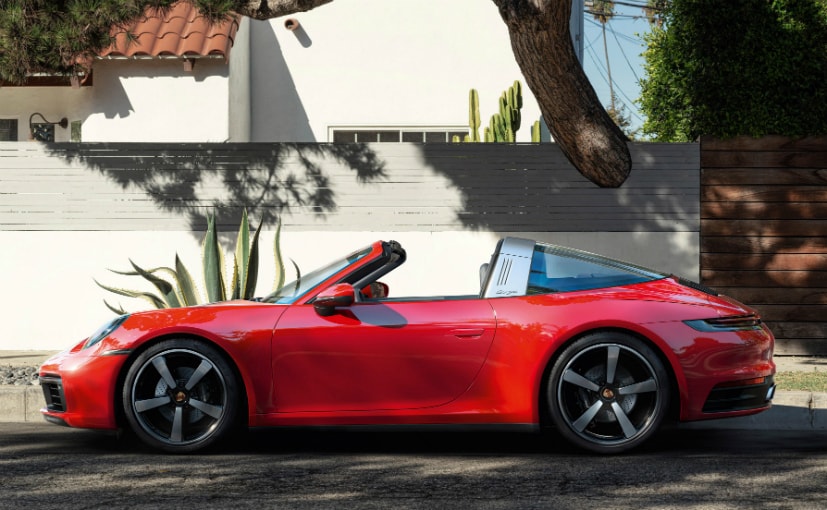 In terms of design, the new 911 Targa, all panels on the new generation model are new. The contours on the hood and the shape are also new, slightly edgier than before and the car boasts more than 60 per cent aluminium in comparison to just 30 per cent on the previous model. The rear gets the continued LED light strip that joins the two tail lamps and an extendable spoiler as well. 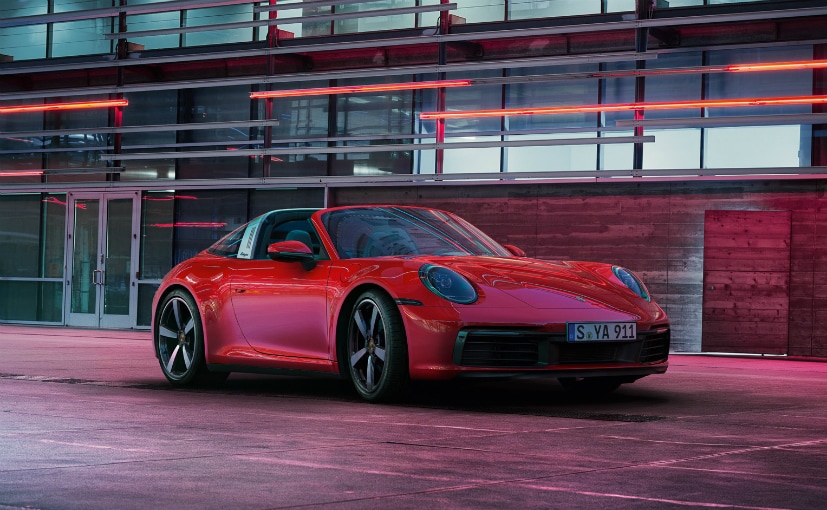 Also Read: Porsche Resumes Production In Germany From May 4, 2020 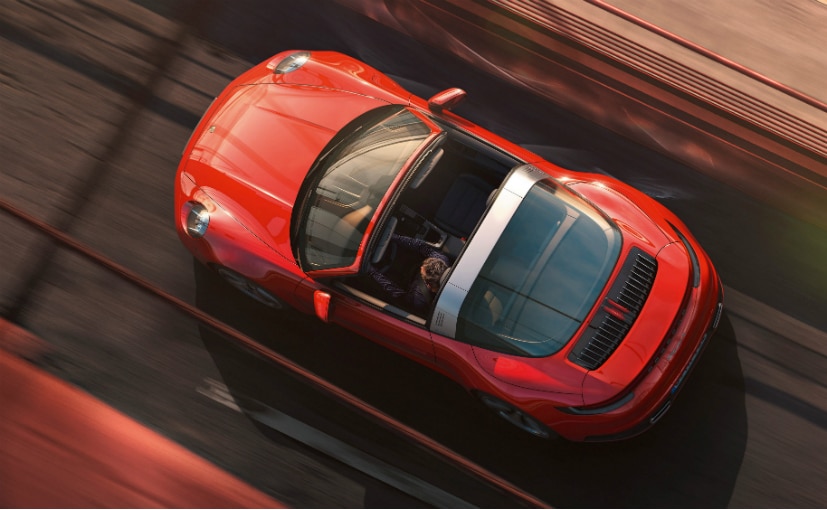 The Targa 4S gets the same engine but is tuned to pump out 444 bhp at 6,500 rpm and 530 Nm of peak torque between 2,300 - 5,000 rpm. This is an increase of 30 bhp and 30 newton metres over the previous model. The increase in power results in a 0-100 kmph sprint time of 3.6 seconds which is four-tenths of a second faster than the outgoing model. The top speed of the Targa 4S is 304 kmph. The Targa 4 and the Targa 4S get the 8-speed PDK dual-clutch automatic gearbox but in case of the 4S, you could also buy it with a 7-speed manual. The new 911 Targa 4S also gets an optional rear-axle steering, which can steer the rear wheels by up to 2 degrees in the same direction as the front wheels or even in the opposite direction. Both models of course, get all-wheel drive for better traction and control.

Also Read: Porsche 911 Back With A Manual Transmission 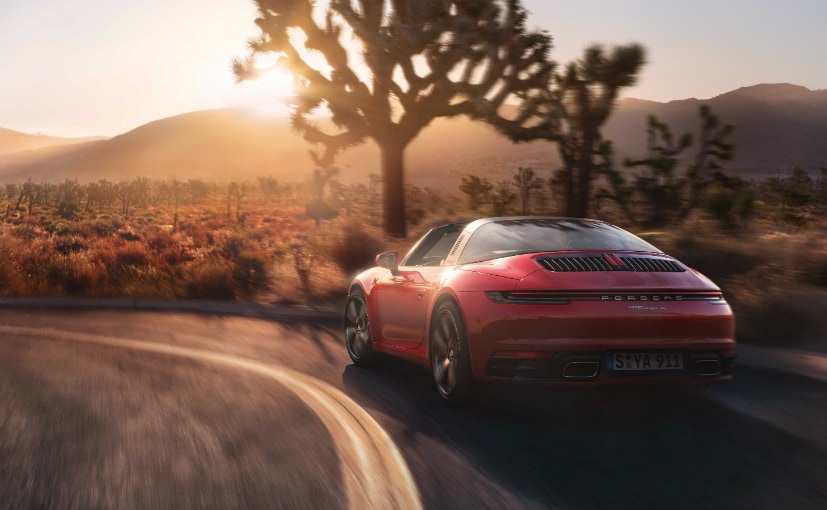 (The new 911 Targa is loaded with electronics such as traction managment, suspension management, smartlift and so on )

In terms of electronics, the Targa range gets Porsche's traction management (PTM), active suspension management (PASM) and the innovative Smartlift function, which lifts up the nose of the car when going over bumps. The PASM has two modes, normal and sport and can be adjusted as well. Porsche also offers torque vectoring plus (PTV plus), which includes an electronic rear differential lock along with variable torque distribution. It is a standard fitment on the 911 Targa 4S and is option on the Targa 4. All Targa models get a standard 'wet mode', similar to other 992 911 models. 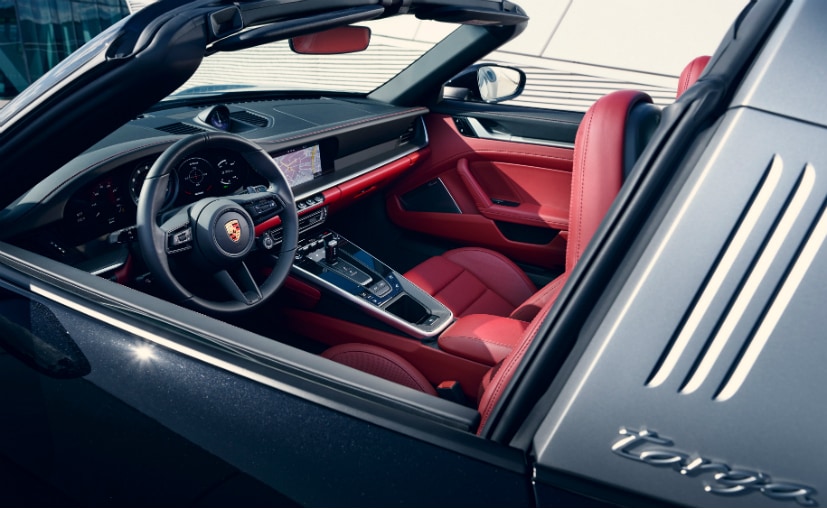 As far as the interior is concerned, the cabin too gets similar updates as the 992 911 models. The two-seat cabin gets plush leather upholstery along with a new 10.9-inch touchscreen of the Porsche communication management (PCM) that is compatible with Apple CarPlay and Porshce connected plus app. There are 5 smart function buttons just below the touchscreen for quick access to important vehicle functions. The instrument console sees an update where there are two thin, frameless displays along with the rev counter.

While Porsche has not mentioned a specific launch timeline, we suspect that the new Porsche 911 Targa will be launched in India by early 2021. Expect it to be priced at a slight premium from the Porsche 911s.

Kia Sonet Subcompact SUV: What We Know So Far
Subscribe to Our Newsletter
Over 1.5+ Lakhs subscribers
Thank you for Subscribing to Us