The new Rolls-Royce Ghost will be underpinned by a new bespoke platform that has been developed in-house, but will share quite a few components with the Phantom and Cullinan. 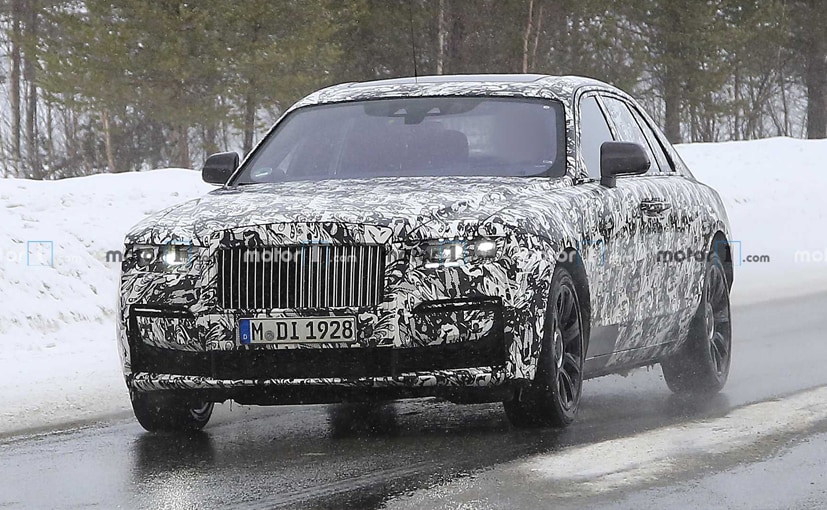 View Photos
The new Rolls-Royce Ghost will be underpinned by a new platform.

Rolls-Royce has been testing the new-generation Ghost which is expected to go on sale globally by the end of this year. The spy pictures of the new Rolls-Royce Ghost undergoing testing in winter conditions have surfaced online. The new Rolls-Royce Ghost will be underpinned by a new bespoke platform that has been developed in-house, but will share quite a few components with the Phantom and Cullinan. The new aluminium platform will also make the new ghost lighter than the outgoing model.

Also Read: Rolls-Royce To Shut Production At Goodwood For 1 Month Over Coronavirus Pandemic 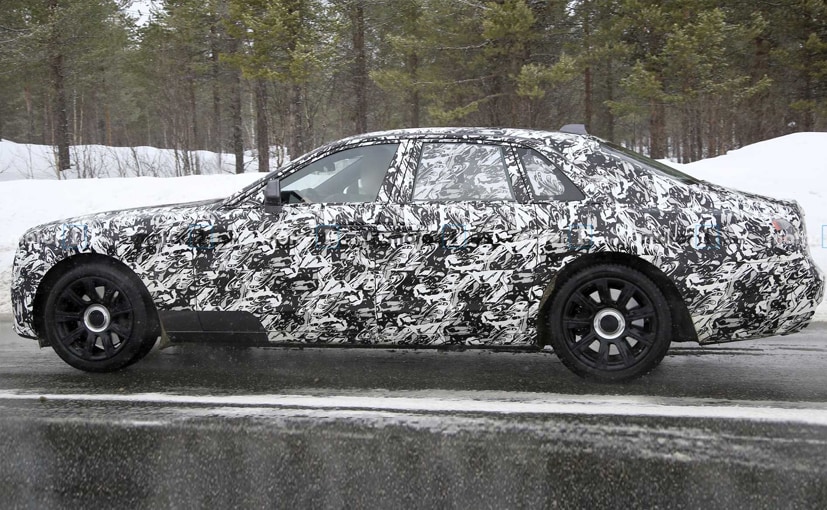 The Rolls-Royce Ghost long wheelbase is 1700 mm longer than the standard model.

Well! Looking at the heavily camouflaged prototype you won't find much of a difference in its appearance, compared to its predecessor. Though the headlights definitely are sleeker and the taillights too look tad angular. The spotted model is of the long wheelbase model which is 1700 mm longer than the standard wheelbase model, with more legroom at the rear. As far as the interiors are concerned, we are still not able to get any glimpse of the cabin. However, we expect it to be at par with any other Rolls Royce model, in terms of opulence. 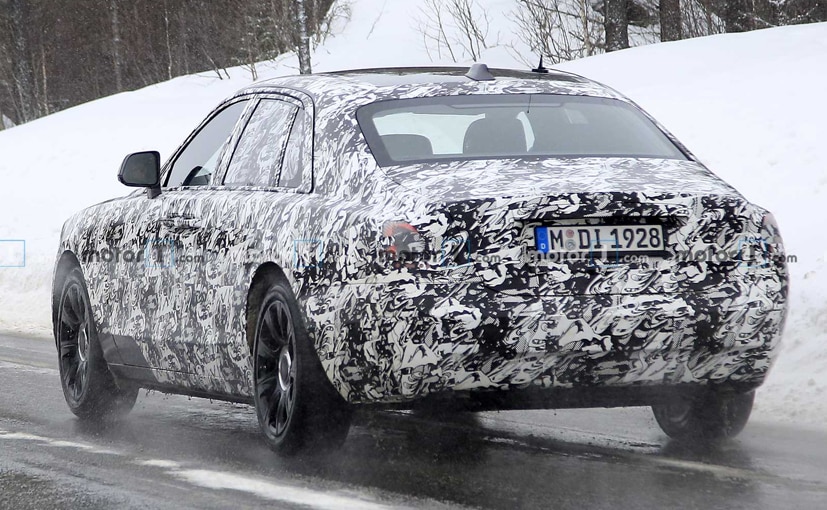 The taillights at the rear look more angular than those on the outgoing model.

Under the hood it is expected to get the 6.75-litre twin-turbo V12 engine that churns out 562 bhp and a hefty 900 Nm of peak torque. It will also get the optional rear-wheel steering and a 48-volt active anti-roll system among others. There are also rumours that Rolls-Royce is also working on a plug-in hybrid and electric iterations of the Ghost. However, the British carmaker has not confirmed any such news yet.