According to latest media reports, former CEO of Norton Motorcycles, Stuart Garner, sold the rights and tooling of the 961 platform late last year.

British motorcycle brand Norton sold the rights to the 961engine platform before the company went into administration. According to latest reports, Norton's then CEO Stuart Garner and Chinese firm Jinlang's CEO Wu Huacong finalized the deal just before the Norton brand officially slipped into administration. According to one report coming from a Chinese website, a strategic cooperation agreement was signed which could see Jinlang take over the manufacture of the engines and supply of parts to 961 owners worldwide. The Chinese firm could also hold production and operation rights, meaning Jinlang could make the engine for use in other models under its own name in the future. 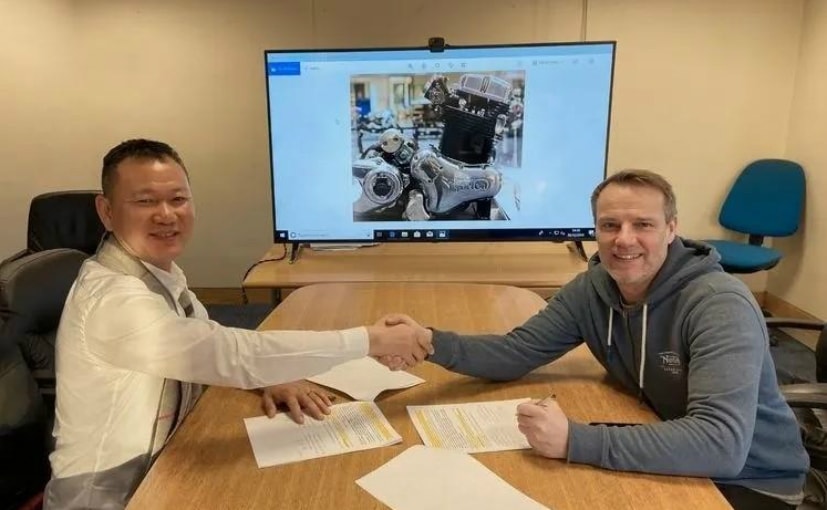 According to reports, Jinlang now says that the deal with Garner was done before the iconic British brand fell into administration, and so the engine deal is a separate case, and so Jinlang technically owns rights to the 961 engine platform. Photographs reveal Huacong Wu signing a contract with Garner at the end of December, and accoding to Jinlang, the Chinese firm will work with its design partner in Italy to develop a new motorcycle using the 961 engine. That motorcycle, Jinlang says, will be sold worldwide.

Stuart Garner is facing investigation in the UK

Former CEO of Norton Motorcycles Stuart Garner is under investigation by the UK Pension Regulator over three pension schemes which invested into Norton Motorcycles. The British motorcycle marque has been placed into administration after facing a wind up order over a tax debt of GBP 300,000 (around ₹ 2.8 crore).

Norton Motorcycles was founded in Birmingham in 1898, and began making motorcycles in 1902, and was best known for its involvement in motorsport, including the Isle of Man TT. Among the most famous Norton models are the Dominator and Commando, models which were revived in 2015 after British businessman Stuart Garner bought the brand's rights back from American ownership in 2008. In 2012, cash-flow issues almost led to the collapse of Norton just four years after Garner took ownership. In November 2019, the brand launched a share scheme targeted at raising cash, which was later withdrawn after Norton attempted to get a single investor on board.

MINI 5 door
₹ 33.3 Lakh *
View More
Subscribe to Our Newsletter
Over 1.5+ Lakhs subscribers
Thank you for Subscribing to Us
x