Tronchetti Provera's investment vehicle Camfin, which owns a 10% stake in Pirelli, said it was discussing a partnership with rubber magnate Niu Yshen, a long-time Pirelli business partner in China, to create a venture that could potentially hold up to an additional 10% in the Italian tyremaker. 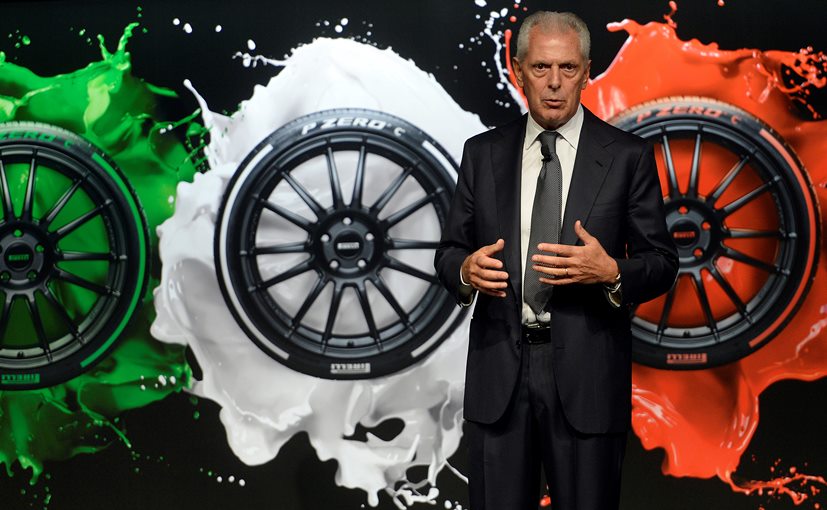 Pirelli CEO Marco Tronchetti Provera moved on Wednesday to bolster his influence over the Italian tyremaker with the help of a Chinese partner, and said there were no plans to merge with brake maker Brembo.

Tronchetti Provera's investment vehicle Camfin, which owns a 10% stake in Pirelli, said it was discussing a partnership with rubber magnate Niu Yshen, a long-time Pirelli business partner in China, to create a venture that could potentially hold up to an additional 10% in the Italian tyremaker.

Camfin's moves deepens its relationship with the Niu family and cements Pirelli's existing structure of major shareholders, helping to protect the firm against any unsolicited interest.

For Niu, gaining a stake in Pirelli would take his business further down the supply chain to higher-value products.

China's ChemChina and Silk Road Fund already jointly hold about 46% of Pirelli and are linked to Camfin by a shareholder agreement expiring in 2023.

On Tuesday, Brembo said it had bought a 2.43% stake in Pirelli as part of a "non-speculative, long-term approach," and had acted "autonomously".

The surprise purchase raised speculation it could be the first step towards a future integration of the two groups, both focused on premium market segments, to create an Italian heavyweight in car parts supply, as the industry faces the challenges of the transition to electric mobility.

However, Tronchetti Provera played down the idea.

"There are no plans for a merger with Brembo. They made an investment, we are happy they did so," he said.

Tronchetti Provera added he didn't consider Brembo's move as hostile, though he had not been previously informed.

"I knew about the Brembo move when it was done. I don't see it as hostile," he said. "They have trust in us".

Pirelli shares are trading close to their lowest level since it went public again in 2017, and are down by around 40% so far this year in an industry hit hard by production shutdowns and a slump in demand caused by the coronavirus pandemic.

Some analysts see the logic of a tie-up with Brembo.

"On the back of the strong contraction of their respective market capitalisations and considering the premium positioning of the two companies, we think a potential merger between Pirelli and Brembo would make sense overall even if the combination would generate synergies only on the cost base side," said Monica Bosio, an analyst at Intesa Sanpaolo.

Brembo declined to give further details on Wednesday about why it had bought a stake in Pirelli.

Its executive deputy chairman Matteo Tiraboschi said last year the brake maker was eyeing an acquisition target of "significant size", even as big as Brembo itself.

At the same time, the company approved a loyalty share scheme that allows its family owners to retain control, even if their stake falls below 50% after an acquisition.

Brembo has a market capitalisation of around 2.3 billion euros ($2.5 billion), around one billion lower than Pirelli's.