Proton-Packed Geely Takes On Honda And Toyota In Southeast Asia

Geely acquired 49.9% of the company, has turned around a once-celebrated Malaysian marque that had to rely on state aid after a string of losses, with his success built on an aggressive cost-cutting drive. 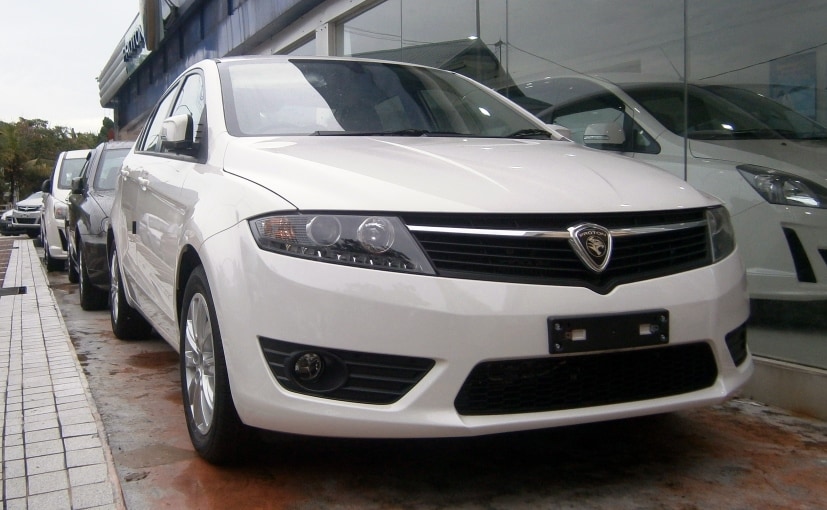 Li Chunrong was hired by Chinese automaker Geely to revive the fortunes of the Proton brand in Malaysia, and it took him two years to eclipse Japanese giants Honda and Toyota. Now he plans to take the fight across Southeast Asia and beyond.

Li, appointed Proton CEO in 2017 when Geely acquired 49.9% of the company, has turned around a once-celebrated Malaysian marque that had to rely on state aid after a string of losses, with his success built on an aggressive cost-cutting drive.

Now Geely has told the Proton boss to expand across the region, initially focussing on Thailand, Indonesia, Singapore and Brunei, Li told Reuters - the first time concrete details of the brand's expansion plans have been disclosed.

Like Malaysia, they are right-hand drive markets so require fewer car modifications. Proton also aims to drive into the Middle East and increase sales to Egypt, said the 56-year-old Chinese national.

Li did not give specific timeframes for expansion into individual markets, but said Proton wanted to raise overseas sales - which stood at about 1,000 cars last year, or 1% of total sales - at least four-fold this year.

The carmaker wants 40% of its sales to come from foreign markets by 2027, he told Reuters in two interviews, identifying Thailand and Indonesia as the key markets but declining to outline his strategy to crack them.

"We have a good foundation," he said. "We commit that, every year, we will launch a new model."

The Association of Southeast Asian Nations (ASEAN) region of over 500 million people is promising territory; car sales are forecast by consultancy IHS Markit to grow at a compound annual rate of 3% in 2016-2020, compared with a 1% drop globally.

But IHS said Proton was still a small player compared with the Japanese brands, and that it could struggle to compete.

ASEAN sales are led by Toyota with a 30% market share, Honda with 13% and Mitsubishi with 10%, according to the consultancy. Proton is in 11th place with about 3%, mainly from Malaysia.

Proton's goals are ambitious and it may not have the production capacity to make inroads regionally, said Mayuree Chaiyuthanaporn, a senior IHS analyst.

"In terms of sales, Proton may not be successful outside Malaysia," she added.

Geely said Proton had performed well in the past two years and it was committed to seeing the Malaysian company be a leading brand in Southeast Asia.

Proton, majority-owned by Malaysian conglomerate DRB-HICOM, has launched products at a breakneck speed in its home market. It dropped many old models the first year of the joint venture, and then launched six new ones within eight months, including the X70 SUV based on Geely's Boyue.

It became the second-largest car seller with a 16.7% share last year - when it made its first profit in about nine years - climbing above Honda and Toyota from fourth position.

Proton outlined to Reuters some of the cost-cutting measures that have bolstered its Malaysian fortunes - and that could be key for success in its expansion drive. Some of the rapid changes have, however, jarred local sensitivities, a problem that it could also encounter in other countries.

The carmaker has increasingly switched to sourcing cheaper components from China, and let go of many small local distributors, stoking some resentment. It has also been trying to get more Malaysian vendors to partner with Chinese suppliers, in a bid to get them to cut costs by 30%.

Proton, which saved 250 million ringgit (47 million pounds) in costs in 2018, has also cut its warehouses to four from 16 and sold 1,000 of its 1,500 company cars. Its drive has even extended to stopping newspaper subscriptions for all executives apart from Li's deputy.

The automaker has also faced accusations from politicians and industry groups of favouring Chinese or ethnic Chinese-Malaysian dealers.

All the 47 dealers who left the brand since Geely's entry are Malays, and the number of Malay dealers has fallen to 32% from 42% before the Chinese investment, the trade and industry minister told parliament last month.

Many left as they were unable meet Proton's demand of investing around $1 million to upgrade their sales-only centres to offer aftermarket services, said the Malaysian Association of Malay Vehicle Importers and Traders.

"It was a culture shock," said Nik Izani Nik Ibrahim, deputy president of the association, adding that most dealers were losing money before Geely's entry.

Li denied that there had been any discrimination, saying decisions were driven by business logic.

He said nearly a dozen Malaysian ministers had raised the concerns of Malay dealers in his first year but that those worries had eased now.

The automaker has since changed its strategy for dealership, allowing some basic sales-only centres to continue, dealers and company officials said.

Proton, launched in 1983, was Malaysia's market leader in its early years. Its market share plunged in the last decade, however, as customers shunned its lower-standard cars and limited after-sales service, Proton officials have said.

The turnaround under Li has forced Prime Minister Mahathir Mohamad, a car aficionado, to reverse his initial opposition to Geely's investment in Proton.

"Now, it's selling 100,000 cars and it's making profit," Mahathir, whose fleet of cars now includes a red X70, told reporters this month.

"Why? Because of management, because of good technology."