India's Jehan Daruvala becomes the first Indian to be signed for the Red Bull Junior Programme, and the driver will be competing in the FIA Formula 2 championship as he moves towards the F1 dream. 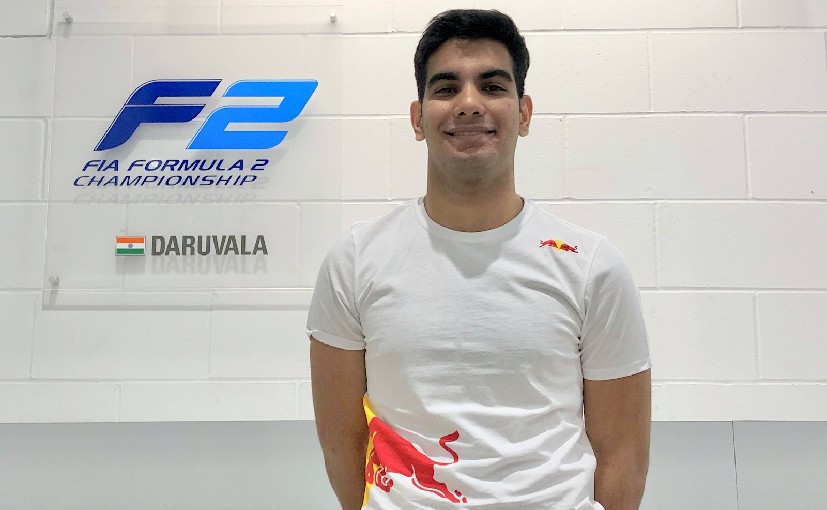 The Red Bull Racing Formula One Team have signed Indian racing driver Jehan Daruvala for its Red Bull Junior Program, in a big boost for the world of Indian motorsport. The move promises a bright future and learning opportunity for the Indian motorsport star, making for a chance to compete in the FIA Formula 2 Championship. The 21-year-old will be making his F2 debut with Carlin Racing alongside fellow Red Bull Junior Yuki Tsunoda. The driver's first race is in the Bahrain Grand Prix on March 21, 2020.

Commenting on the exciting opportunity, Jehan Daruvala said, "After an excellent year for me in FIA F3 in 2019, I hope to carry my form into my first year in F2 with the support of the Red Bull Junior Team and Carlin. There are many experienced F2 drivers and a number of strong rookiesmaking it an exciting grid this year - I'm looking forward to the challenge!"

Trevor Carlin, owner of Carlin Motorsport added "We are delighted to welcome Jehan back to the team for his third season with us. His performance last year in FIA F3 was extremely impressive and we really believe in him. There is no reason why he cannot make it all the way to the top. Without a doubt there will be a lot to learn - both for Jehan as a driver in a more powerful car and also for the team with the new 18-inch wheels but we have a great team ready to meet those challenges "

Daruvala re-joins Carlin after two successful seasons with the team in Formula 3 in 2017 and 2018. The Indian driver went on to secure several podiums, wins and poles during the period, while he moved to FIA F3 Championship in 2019, as an F1 support package, and started the season with two back-to-back wins in the first two rounds. The last season saw Daruvala finish third in overall standings, missing out on the runner-up spot by a single point.

Being inducted in the Red Bull Junior program opens new avenues for Jehan including the dream to race in the F1 championship. The program has previously included several world champions and today's top racers including Sebastian Vettel, Daniel Ricciardo, Max Verstappen, Alex Albon, Carlos Sainz Jr., Daniil Kvyat among others. The selection not only puts Jehan, but India too on the world motorsport stage.

Jehan Daruvala started his career with karting in 2009 and has won several championships ever since including the Micro Max Rookie Cup & National Title in 2010, followed by the Malaysian Junior Yamaha Title in 2011. He joined the Sahara Force India Junior Program the same year and went on to win the 2012 CIK FIA Asia Pacific KF3 Championship, becoming the first Indian to win an FIA title in motorsport. He was also the first Indian to win a title in Europe as the British Super One KF3 Champion. Jehan became the first and only Indian till date to bag a podium having finished third in the CIK FIA World Karting Championship.

He moved up to Formula 3 in 2015 and has since participated in the Toyota Racing Series and was crowned the runner-up in 2016. Jehan won the New Zealand GP in 2017, becoming the first Indian to win an official Grand Prix. He later moved to FIA F3 European championship in 2017 and 2018 taking several podiums through the seasons.