Suzuki Motorcycles has filed a patent for a new 250 cc parallel-twin engine which will be cleaner and can be used in motorcycles like the GSX-250R and the V-Strom 250. The new engine will be Euro V compliant. 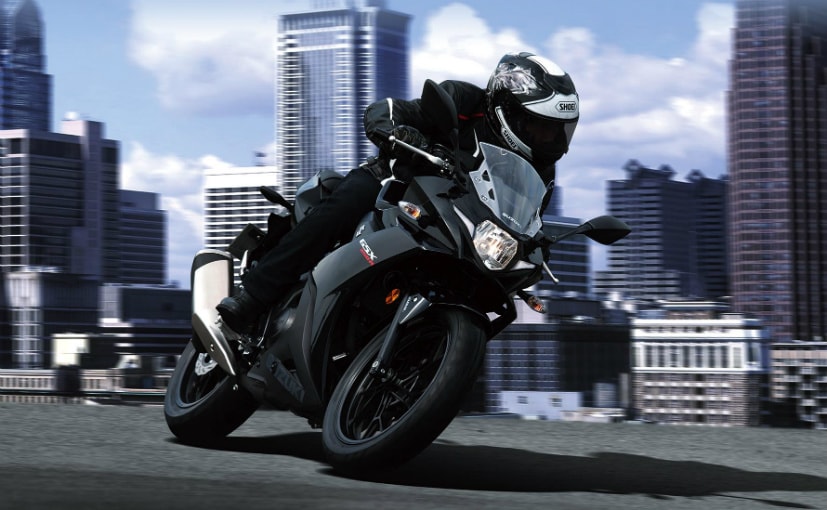 Suzuki Motorcycles had filed a patent for a new 250 cc parallel-twin engine. The new engine will be cleaner and will be Euro V compliant as well. It will power the likes of the Suzuki GSX-250R and the Suzuki V-Strom 250. The engine has single-overhead camshaft and a new exhaust system along with a new catalytic converter. The patent images show that the exhaust header pipes will come together earlier before the gases go into the new catalytic converter, which is a new unit. There will be two oxygen sensors which will measure the potency of the exhaust gases before they go into the cat-con and after they go into the cat-con. 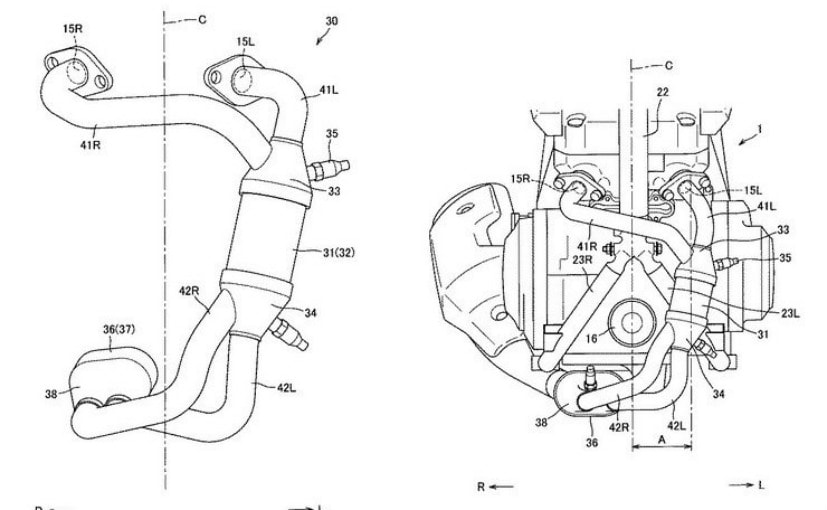 These sensors will also communicate with the engine management system so that it can use the optimum fuel injection for best possible air/fuel ratio. The current engine does get a catalytic converter, which is placed under engine and the patents show that there will new cat-con as well, which we explained earlier. The second cat-con will be positioned much closer to the exhaust ports on the cylinder head so that the operating temperature of the gases go up sooner, which will be important to conform to Euro 5 emission norms. 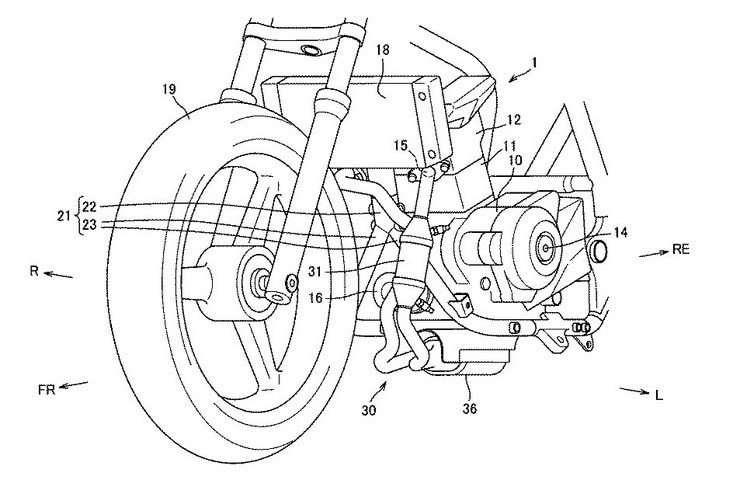 Suzuki has another design in mind where it attached separate cat-cons to separate header pipes, but doesn't sound too feasible as the cost of the motorcycle will go up, because cat-cons are significantly expensive.

Is there any possibility of Suzuki offering the new 250 cc parallel-twin engine on the Indian Suzuki Gixxer 250 and the Gixxer SF 250? We think it is highly unlikely because these single-cylinder 250 cc motorcycles are manufactured in India and also exported to Japan as well. So, importing the engine and then fitting it back in the motorcycles and exporting them again does not make much sense.