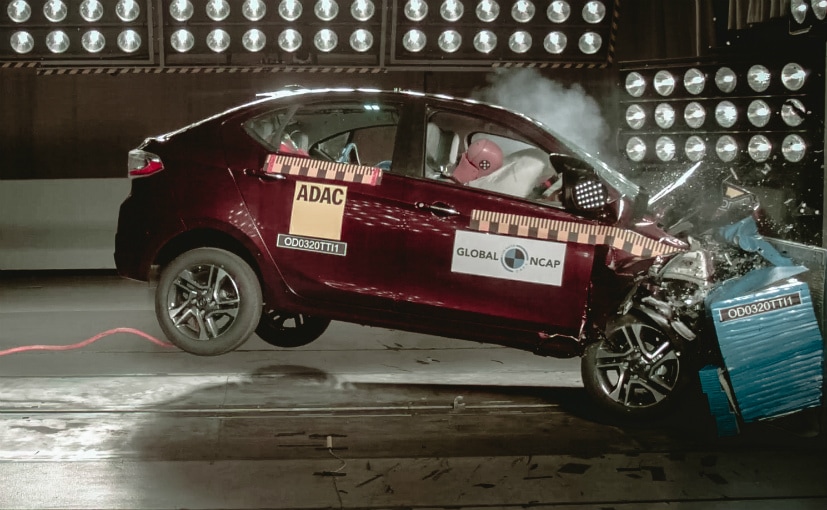 Keeping in line with Tata's new models, the Tata Tiago hatchback and the Tata Tigor subcompact sedan have scored 4 stars in crash tests conducted by Global New Car Assessment Program (NCAP). This comes just a week after the Tata Altroz became the second car from Tata to score 5 stars in Global NCAP crash tests. It could be safely said that Tata Motors has made it a habit to manufacture safe cars for India and it definitely bodes well for Tata and the Indian auto industry. 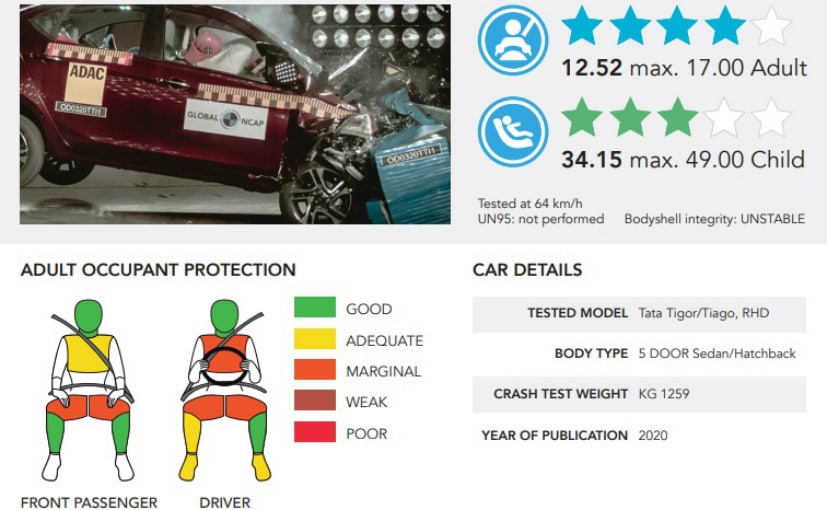 (The Tigor/Tiago scored 12.72 points out of a maximum of 17 points for adult protection)

Both models, the Tiago and the Tigor were tested for the frontal offset crash test at 64 kmph but not for the UN95 side impact crash test. The results of the crash test showed that the car offered good protection for the head and neck of the driver and the passenger. The driver's chest was afforded marginal protection while the passenger's chest had adequate protection. The knees of the passenger and driver had marginal protection because the impact from the structure behind the fascia of the car was deemed dangerous. Also, the bodyshell and the footwell of the car was rated unstable and was not capable of withstanding further loadings. The Tata Tiago and the Tigor have seat belt reminder ABS and two airbags as standard fitment across all models. Global NCAP chose the base variant of both models. Both cars scored 12.72 points out of a maximum of 17 points for adult protection.

As far as child protection is concerned, the Tata Tiago and the Tata Tigor scored 3 stars and scored 34.15 points out of a possible 49. The dummy for the 3 year old child was placed in a child seat facing frontwards with an adult seatbelt and a support leg. Excessive forward movement was prevented for the same. The dummy mimicking a 1.5 year old child was placed in a child seat using an adult belt and support and the protection level offered was deemed good, despite the fact that the Tiago/Tigor do not get ISOFIX child seat anchorages. The cars do no offer a 3-point seatbelt in all seating positions and the passenger airbag cannot be disconnected in case of a rearwards facing child seat in the front passenger seat.