The design for the ventilators relies heavily on Tesla car parts, one of the engineers said, enabling the company to redeploy existing stock and produce the devices quickly. 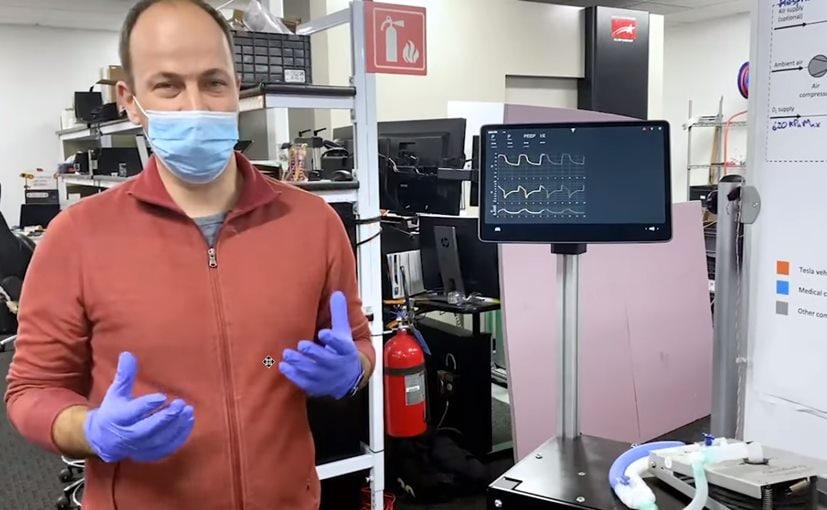 Engineers at Tesla Inc showed a prototype for a ventilator on Sunday evening in a video published on the company's YouTube channel, as hospitals around the country overwhelmed by coronavirus patients face device shortages.

The design for the ventilators relies heavily on Tesla car parts, one of the engineers said, enabling the company to redeploy existing stock and produce the devices quickly.

The timeline for production was not specified in the video.

"There's still a lot of work to do," said one of the engineers, "but we're giving it our best effort."

Governments globally have appealed to automakers and aerospace companies to help procure or make ventilators and other medical equipment amid the increasing number of coronavirus infections.

More than a million people have been infected worldwide by the coronavirus, while over 65,000 have been killed. The United States has the most number of cases at above 300,000.

On March 30, Ford Motor Co said it would produce 50,000 ventilators in the following 100 days at a plant in Michigan in cooperation with General Electric's healthcare unit, and could then build 30,000 per month as needed.

Musk said on March 31 that Tesla planned to supply FDA-approved ventilators free of cost to hospitals within regions where the electric carmaker delivers.

The Financial Times has reported that the devices donated by Musk to some New York City hospitals were not the type of ventilators that have been in demand for use in intensive-care units. Rather, they were Bilevel Positive Airway Pressure machines, typically used to treat sleep apnea but recently approved by the FDA as an alternative in the event of a ventilator shortage.

Tesla did not immediately respond to a request for comment.