The new motorcycle to come out of Triumph and Bajaj's partnership will be priced under Rs. 2 lakh and will be launched in India by 2022. The bikes will be sold both in India and other export markets. 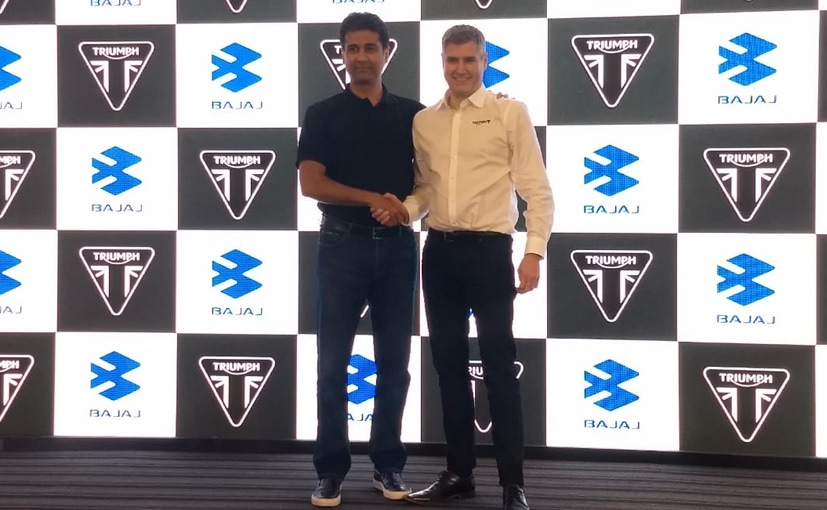 Triumph Motorcycles and Bajaj Auto have announced entering a new non-equity partnership to make mid-size motorcycles in India. The first motorcycle to come out of this partnership will be priced under ₹ 2 lakh and will be launched by 2022. The companies have announced working on a new engine and platform for the mid-capacity range, which will start from 200 cc, going all the way up to 750 cc bikes, and offer multiple options to address different segments in this class. The bikes will be sold under the Triumph brand, however, the production and distribution will be handled by Bajaj.

Talking about the partnership, Triumph Motorcycles CEO, Nick Bloor, said, "This is an important partnership for Triumph, and I am delighted that it has now formally commenced. As well as taking our brand into crucial new territories, the products that will come out of the partnership will also help attract a younger, but still discerning, customer audience and is another step in our ambitions to expand globally, particularly in the fast-growing markets of South East Asia, but also driving growth in more mature territories like Europe."

Rajiv Bajaj, Managing Director of Bajaj Auto India, said, "The Triumph brand is an iconic one the world over. So, we are confident that there will be a huge appetite in India and other emerging markets for these new products. We look forward to working alongside such a famous motorcycle company and to leveraging each other's strengths and expertise to make the relationship a success for everyone."

The new bike will be developed by Triumph in collaboration with Bajaj Auto, but the design, ride and handling, and other fine-tuning will be done by Triumph. The new motorcycle will also be sold in other global markets, and sale and distribution outside India will be handled by Triumph. The companies also announced that closer to the launch of a new motorcycle, Bajaj will take over the same and distribution of all Triumph motorcycles sold in India, including the CKD and CBU models.

Also Read: Exclusive: 2020 Triumph Street Triple S Will Not Be Launched In India

The British bikemaker has confirmed that its existing dealership will continue to function as a separate entity and continue to sell the existing Triumph motorcycle in addition to the new motorcycle. The company has also confirmed plans to expand its dealership network to address the upcoming mass-market motorcycles. The bikes will be manufactured at Bajaj's Chakan plant, however, the production on the investment plan for the new bike hasn't been shared with us. Currently, Bajaj's Chakan plant has a production capacity of 100,000 units a month, with 80 per cent utilisation.