Uber And Lyft Take Different Roads In Search Of Profit

Uber pours money into money-losing side businesses while smaller rival Lyft focuses on moving people around. 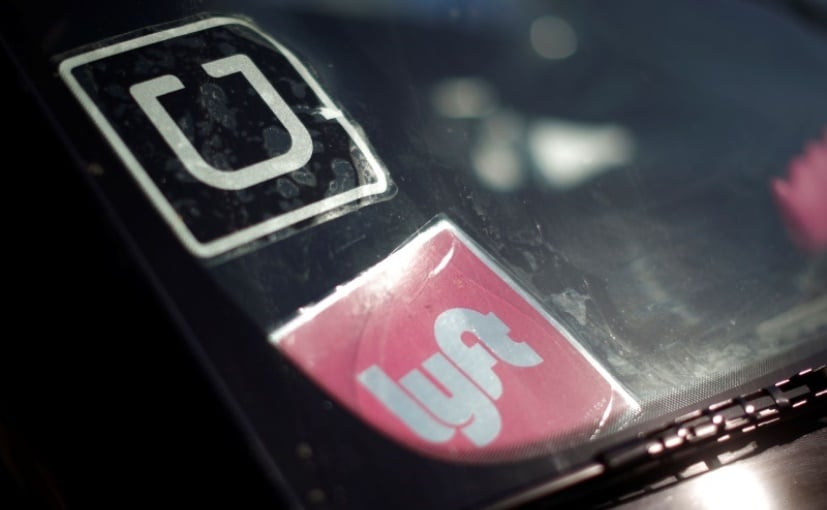 View Photos
Uber is larger with $3.8 billion in revenues for 2019, compared to $956 million for Lyft

Uber Technologies Inc and Lyft Inc, the two leading U.S. ride-hailing companies, are on divergent paths as Uber pours money into money-losing side businesses while smaller rival Lyft focuses on moving people around.

Uber shares shot up 9% on Friday after the company said on Thursday it could achieve a measure of company-wide profitability in the fourth quarter of 2020, a year ahead of a previous target. That measure excludes expenses for stock-based compensation and other items. Uber still expects to lose more than $1 billion (775.4 million pounds) for all of 2020.

Uber and Lyft, both based in San Francisco, are ride hailing's odd couple. Uber is much larger, with $3.8 billion in revenues for the first nine months of 2019 compared to $956 million for Lyft. At almost $69 billion, Uber's market valuation is nearly five times that of Lyft's - and well ahead of automaker General Motors Co.

Uber operates in more markets around the world, although it has clashed with regulators in London and Germany and struggled in some Asian markets. Lyft focuses on North America.

Lyft has more quickly developed ways to retain high-paying repeat riders across its entire operation via a single subscription model it launched in October. Uber on Thursday told investors 2020 would be the "year of subscriptions" when it plans to combine its loyalty programs across rides and food delivery into a single plan.

Uber currently offers a cross-platform points rewards program and in 2018 launched a monthly subscription that protects riders against surge pricing because of traffic or weather, available in 40 U.S. cities.

Uber's ride-hailing business, which generates around three quarters of its revenue, is profitable right now. Uber's other operations are dragging down the company's bottom line. Over the past five years, Uber has built out its food-delivery business Eats, developed self-driving cars, worked on long-haul trucking operations and even on commercial passenger drone shuttles.

All of those businesses are money losers. Uber Eats recorded an adjusted EBITDA loss of $777 million in the last two quarters of 2019, the two quarters for which it broke out that metric.

Most major analysts still prefer shares of Uber. Its size, the profitability of its ride-hailing segment and its ability to withstand regional downturns or regulatory pressure in a single market made it a safer long-term investment, said Angelo Zino, analyst at CFRA.

But some analysts said Lyft is a less-risky bet.

"We prefer Lyft because it focuses on the most profitable business in North America, the largest rides market," Cascend Securities analyst Eric Ross said.

Lyft is reporting fourth quarter earnings on Feb. 11. In October it told investors it would be adjusted EBITDA profitable by the end of 2021. Analysts said they did not expect Lyft to move its profit target.

Dan Morgan, portfolio manager at Synovus Trust, said Uber should focus on what it does best - connecting customers through its app - and ditch efforts to develop its own self-driving cars or passenger drone technology.

"If you're losing as much money as Uber, it makes sense to leave those businesses to other companies who have the competency," Morgan said.

F1: Mick Schumacher Confirmed To Drive For Haas In 2021
30 seconds ago

Two-Wheeler Sales November 2020: Hero MotoCorp Registers A Growth Of 14 Per Cent
17 seconds ago