The upcoming Nissan subcompact SUV will be a feature-rich premium offering and will feature the latest technology as a part of Nissan Intelligent Mobility. It will be launched in in the first half of 2020-2021 financial year. 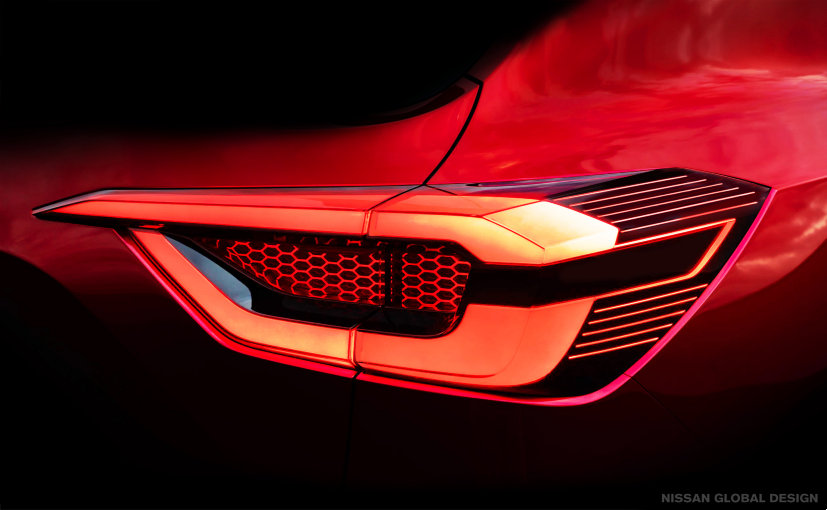 View Photos
The upcoming Nissan subcompact SUV will be a feature-rich premium offering.

Nissan India has released the second teaser for its upcoming subcompact SUV, and this time around we get a glimpse of the SUV's taillamps. Slated to be launched in the first half of 2020-2021 financial year, it will be Nissan's first subcompact SUV from Nissan to be built for specifically for the Indian market. The company says that it's built on the philosophy of "Make in India, Make for the World". So, it's possible, the SUV will be exported to other markets as well.

As mentioned earlier, the new teaser reveals the SUV's new wraparound taillamps with LED guide lights, and honeycomb pattern inside it and some sharp pattern. Based on the previous teaser, the new sub-4-metre SUV could borrow its design and styling bits from the Nissan Kicks and feature a similar floating-style roof with silver roof rails. Like the Nissan Kicks, the new B-SUV is also likely to come with a triangular quarter glass at the back with a wide C-pillar, and possibly a rear spoiler as well. We also see a hint of flared wheel arches, with possible wheel arch and side body cladding.

Overall, the new SUV is likely to come with compact proportions with prominent character lines. While Nissan is yet to announce more details about the SUV, we believe it will be built on the modified CMF-A platform that underpins the Renault Triber. Nissan also says that the SUV will be a feature-rich premium offering, and will feature the latest technology as a part of Nissan Intelligent Mobility, the company's vision as to how vehicles are powered, driven and integrated into society.

It's too soon to comment on powertrain options, but we wouldn't be surprised if Nissan borrowed the 1.0-litre turbo petrol engine from Renault, which was recently showcased at the Auto Expo 2020. The same engine is also likely to be added to the Triber's powertrain list. Upon launch, the new Nissan SUV will compete with top-selling models in India like - Hyundai Venue, Mahindra XUV300, Tata Nexon, and Maruti Suzuki Vitara Brezza among others.